FAST FACTS: The ties that bind the Philippines and Indonesia 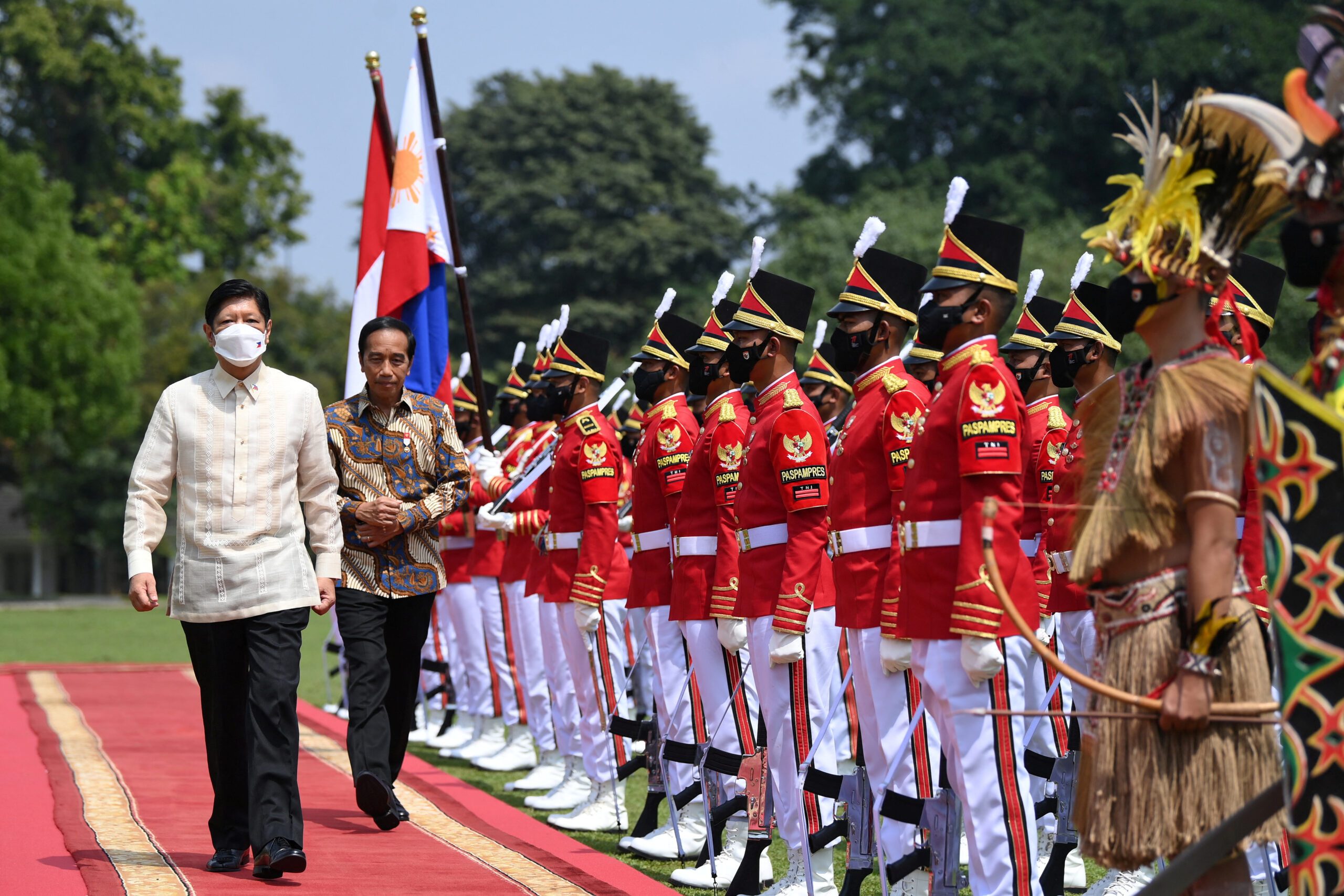 MANILA, Philippines – President Ferdinand Marcos Jr.’s first state visit, from September 4 to 6, is to Southeast Asian neighbor Indonesia, a country the Philippines has had diplomatic relations with for over 70 years.

According to a release from the Department of Foreign Affairs, Marcos and Indonesian President Joko Widodo are “expected to discuss the two countries’ active and multi-faceted cooperation on defense, maritime, border, economic, and people-to-people cooperation” and “exchange views on major issues affecting the region and the world.”

Indonesia, the largest economy in Southeast Asia, was the Philippines’ 8th largest trading partner in 2021, according to the Department of Trade and Industry.

Here are some things to know about the relations between the two countries:

According to Indonesian political observer Ikrar Nusa Bhakti in a 2017 book, the Philippines and Indonesia have generally avoided turbulence in their bilateral relations since diplomatic relations were established on November 24, 1949.

One cause of strain between the two countries in the past, according to Bhakti, was when then-United States president Dwight Eisenhower’s administration used American military bases in Subic and Clark in the Philippines to undertake Central Intelligence Agency operations to support the Pemerintahan Semesta (Permesta) secessionist rebellion in the Indonesian island of Sulawesi from 1957 to 1959.

As trading partners, the Philippines and Indonesia have enjoyed agreements in various industries. These include satellite internet, coal supply, energy, data centers, construction, and infrastructure.

“Indonesia has a robust financial technology industry with so many unicorns and decacorns that, we believe, should be co-opted by the Philippines,” Mark Castro, secretary general of the Philippine Business Club Indonesia, told Rappler.

Bhakti wrote that changing governments in Indonesia and the Philippines have not changed cordial and fully cooperative relations between the two countries, even through issues related to border crossings, undocumented migrants, or transnational crime.

In Mindanao, Indonesian Sangir communities can be found in Sarangani and Balut islands in Davao del Sur, as well as in South Cotabato, Sultan Kudarat, Davao City, Davao del Norte, Davao Oriental, and North Cotabato. Migration of the Sangirs from Indonesia to the Philippines have been traced back to the 1600s. According to the United Nations High Commissioner for Refugees, around 8,745 persons of Indonesian descent have been recorded in Mindanao as of 2016. Indonesian law puts these migrants at risk of becoming stateless, but the two countries have cooperated in confirming their citizenship.

“In the Philippines’s pantheon of diplomatic relationships, our relations with Indonesia is unique for the genuine sense of kinship and fraternity, the long historical origins of our friendship, and the concrete help Indonesia has repeatedly extended to the Philippines in those places where it has been most vulnerable to violent threats to the unity and territorial integrity of the Philippine Republic,” Locsin said.

The Philippines and Indonesia have an agreement on the boundary of their overlapping exclusive economic zones. This was formed following a huge overlap in the two countries’ EEZ, which run across the Mindanao Sea and the Celebes Sea, as well as in the Philippine Sea’s southern section in the Pacific Ocean.

The agreement, first discussed in June 1994, was formally signed in Manila in May 2014. It was later ratified by then-president Rodrigo Duterte in February 2017 and concurred by the Philippine Senate in June 2019.

Indonesia hosted the negotiations and the historic 1996 signing of the peace agreement, known as the Jakarta Accord, between the Philippine government and the Moro National Liberation Front. The signing was the culmination of four years of peace talks, and the end to the 24-year struggle waged by the MNLF for independence and autonomy.

In 2019, the Indonesian government implemented a “Philippines First Policy” that prioritizes Philippine agricultural goods for importation. Then-agriculture secretary Emmanuel Piñol said Indonesia now recognized the Philippines as a “priority source for the things they will need before sourcing it from other countries.”

In February 2020, both countries also signed a defense industry deal in Jakarta. Agreements were underway for Indonesia to export aircraft and ships to the Philippines in the coming years to boost the Philippines’ military capabilities.

The deal paved the way for the two countries to cooperate in procurement, transfer of technology, and defense material exports in the domain of the defense industry. Indonesian state-owned companies can now offer their products to Philippine logistics.

On Monday, September 5, the Marcos and Widodo administrations renewed the 1997 Agreement on Cooperative Activities in the Field of Defense and Security, the framework of the Philippines and Indonesia’s defense and security cooperation. This agreement tackles joint and combined training activities, border security, exchange of visits, sharing of information, development of interoperability, and education.

They also signed the following:

There are around 7,451 Filipinos in Indonesia as of June 2022, according to government data.

Overseas Filipinos in Indonesia remitted $17.5 million to the Philippines in 2021, according to the DFA.

“Your good standing in Indonesian society has contributed to sustaining trade, tourism, and people-to-people links between our countries. Your success here makes us all back home very, very, very proud,” said Marcos when he met the community in Jakarta at the Fairmont Hotel on Sunday, September 4.

The tight-knit community has shown instances of bayanihan in the past, such as during the COVID-19 outbreak when Indonesia dealt with being an Asian virus epicenter in July 2021.

Through virus surge and separation, Filipinos in Indonesia closer than ever The detention and possible execution of OFW Mary Jane Veloso over drug-related crimes has remained, pending discussion between the two countries for over a decade. Three presidents have had her case on their agenda with Indonesia: Benigno Aquino III, Rodrigo Duterte, and now Ferdinand Marcos Jr. (READ: What you should know about the case of Mary Jane Veloso)

Indonesia has some of the toughest laws against illegal drug use in the world, with Veloso’s case reaching a death sentence verdict just a few months after she was caught in Yogyakarta carrying a suitcase with packs of heroin hidden in its lining. Veloso has claimed she was duped into becoming a drug mule by a recruiter who originally offered her domestic work in Malaysia.

In April 2015, Veloso requested her family not to harm the Philippines’ ties with Indonesia, according to the DFA.

Then-DFA spokesman Charles Jose said that the Philippines did not expect its relations with Indonesia “to be affected by this particular case.”

“Indonesia and the Philippines enjoy very close bilateral relations,” said Jose, citing the two countries’ membership in the Association of Southeast Asian Nations as well as “many areas of cooperation.”

Indonesia suspended Veloso’s execution after her alleged recruiter surrendered to Philippine authorities. However, she remains on the death row. – with reports from Ashley dela Vega/Rappler.com