The Commission on Elections (Comelec) organized three debates, ahead of the May 9 polls, to help the public scrutinize candidates running for the country’s highest post.

At 7 pm (Manila time) on Sunday, April 3, the Comelec holds its second PiliPinas debate for presidential bets. Nine of 10 presidential candidates are set to attend this second debate at the Sofitel Harbor Garden Tent.

The first presidential debate was held on March 19, and the third is scheduled on April 24.

The lone female presidential candidate uses the second Comelec debate as an opportunity to flex not just her longtime advocacy for electoral and political reforms, but also to highlight her strength as a Filipina leader.

In building international support to push back against China in the South China Sea, presidential candidates Manila Mayor Isko Moreno and Vice President Leni Robredo delivered similar visions to use the Philippines’ landmark arbitral award as leverage in the long-running dispute.

Pacquiao may have softened on death penalty issue, but still wants to execute drug importers

Some of the presidential candidates for the May 9 polls believe that due process must be observed in the cases of detained lawmaker and reelectionist Senator Leila De Lima.

During the second Commission on Elections (Comelec) presidential debate on Sunday, April 3, some of the presidential bets were asked whether De Lima should be freed. Labor leader and presidential candidate Leody de Guzman said the opposition lawmaker should be released. In an ambush interview after the second Comelec presidential debate, Vice Presidential Leni Robredo says attendance in debates not only shows a candidate’s respect to the poll body, but to Filipinos. Presidential frontrunner Ferdinand ‘Bongbong’ Marcos Jr., as usual, is absent in the debate. 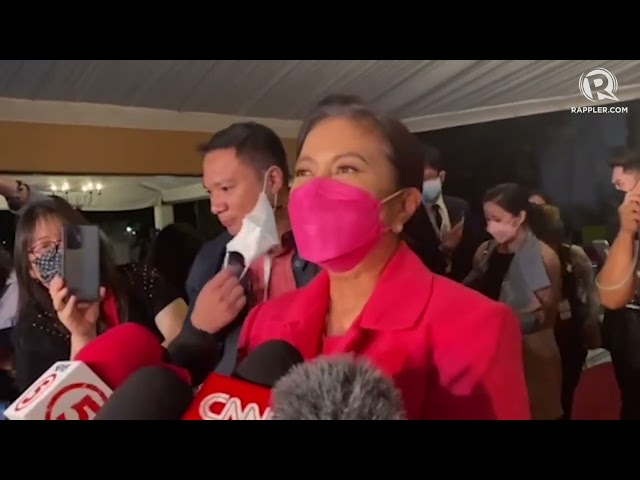 Pacquiao on protecting OFWs: Philippines will be a friend to all nations

On protecting Overseas Filipino Workers (OFWs), presidential bet Manny Pacquiao ensures the country “will be a friend to all nations” and “America’s best friend, but will not allow ourselves to be bullied by other countries.” 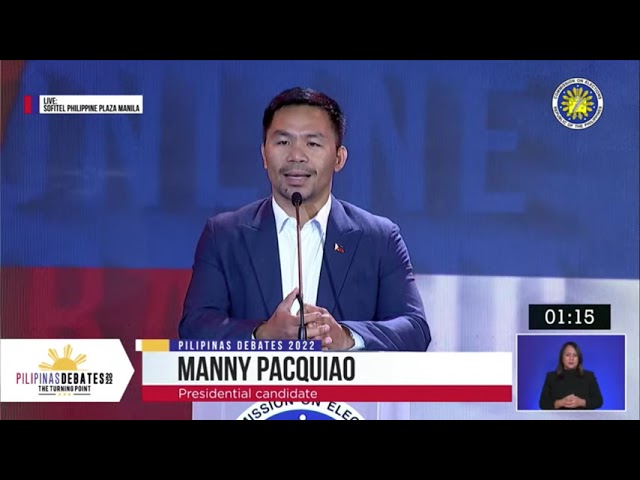 Moreno, Pacquiao weigh in on the human rights situation in Myanmar

.@jnery_newsstand lauds Comelec for tweaking the format, a sign that the poll body is responsive to the comments from the previous debates. #RapplerRecap https://t.co/8Wj7vmVmGa

[Rappler Recap] John Nery on seeing the debates up close