The local campaign season for the 2022 elections kicked off on Friday, March 25, or 45 days before the high-stakes May 9 vote.

Aspirants for local elective posts are now official candidates, and are subjected to a series of rules that govern campaigning in the Philippines. A total of 18,023 seats across the country are up for grabs, but 845 unopposed candidates are virtually assured of an election victory.

Follow this page for live updates in text, photos, and video. 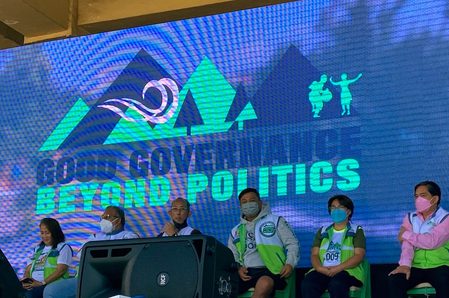 Natives versus interlopers and tradition versus change were the main political themes here on Saturday, March 26, as thousands turned out for the kickoff campaign rallies of Bacolod City Mayor Evelio “Bing” Leonardia and his opponent, billionaire and former Negros Occidental 3rd district representative Alfredo “Albee” Benitez. Mayor Evelio “Bing” Leonardia and his challenger, billionaire Albee Benitez, duked it out with long caravans and huge rallies at the start of the local campaign period.

The race is interesting because while Benitez’s initial promise of “change” from Leonardia’s brand of traditional politics attracted the middle class and professionals and students, his endorsement of Ferdinand “Bongbong” Marcos Jr. has tarnished his brand.

Leonardia has yet to endorse a presidential candidate but one of his Grupo Progresp slate members told Rappler, “Definitely, it won’t be Marcos.”

Neither man is known to run a volunteer-led campaign so it raises the question of what payback will look like for voters after the elections.

The Commission on Elections (Comeled)-Cebu said it received no reports of health and safety protocols violations as local candidates officially launched their campaigns on Friday, March 25.

“We are strongly reminding the candidates as well as the supporters nila to strongly observe sa health protocols. With that wala man ta’y reported violations with any of that (we have received no reports of any of that yet),” he said.

Voters’ sentiments are split in the local scene between the young Marcoses, and the veteran Fariñases. Once again, Ilocos Norte folks have no choice.

The Communist Party of the Philippines (CPP) has cautioned political groups against buying votes, the use of armed groups, and bringing military and police security escorts in known New People’s Army (NPA) strongholds.

“The NPA has received its orders and will enforce these policies. We advise these politicians to follow these rules to avoid armed encounters during their campaign sorties inside red areas,” said CPP spokesman Marco Valbuena in a statement.

The NPA, he said, would also step in when vote-buying takes place in villages under the “red areas,” calling it “the most despicable proof of the country’s corrupt electoral system.”

Show of force of mayoral bets in Legazpi City

Mayoral candidate Geraldine Rosal held a rally at the start of the local campaign period on Friday, March 25, at the Sawangan Park in Legazpi City, while her rival, congressman Alfredo Garbin and his ticket held their grand rally at Peñaranda Park.