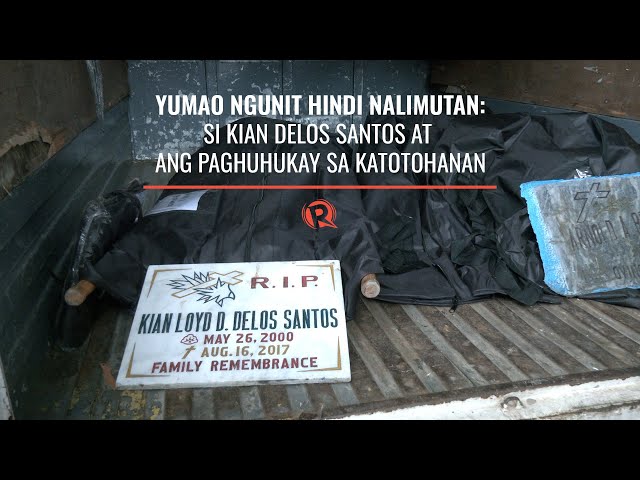 Facebook Twitter Copy URL
Copied
(1st UPDATE) Despite the conviction of cops involved in Kian's death, his family says they have yet to attain true justice

MANILA, Philippines – Under former president Rodrigo Duterte’s drug war, thousands of Filipinos have lost their lives – among them was 17-year-old Kian delos Santos.

Kian, who dreamed of becoming a cop, was killed by police officers in a dark alley near their house in Caloocan City on August 16, 2017. (Editor’s Note: An earlier version of this story indicated Kian’s year of death as 2022; this has been corrected.) The cops were eventually convicted for killing the minor.

Five years later, Kian’s remains were exhumed in La Loma Cemetery for reexamination. Other drug war victims were also being reexamined to determine the real cause of their deaths.

According to Fr. Flavie Villanueva of Project Arise, which helps families of drug war victims exhume and preserve the remains of their loved ones, they hope to uncover a “deeper truth” about Kian’s death.

Despite the conviction of cops involved in Kian’s death, his family says they have yet to attain true justice. – Rappler.com