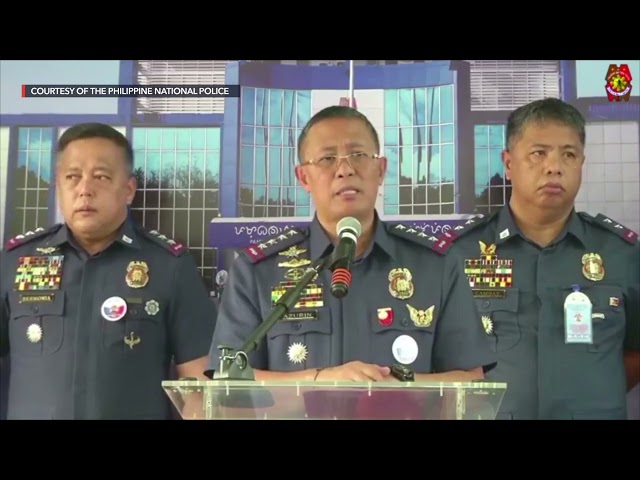 MANILA, Philippines – The Philippine National Police (PNP) said on Monday, October 10, that it was the complacence of the guards on duty which led to the attempted escape of three detainees and the hostage taking of detained former senator Leila de Lima.

(First, we can say that the one of our lapses is that our police became complacent. He [guard on duty] was the only one distributing food to the detainees.)

(Maybe over past months or even years, our prisoners were able to establish rapport. This is where the three detainees took advantage in their quest to escape.)

De Lima survived the hostage-taking incident Sunday morning, October 9, at the PNP Custodial Center inside Camp Crame in Quezon City. Detainee Feliciano Sulayao Jr., accused of being a sub-leader of the local terrorist group Abu Sayyaf, was identified as the one who seized the former senator inside her detention area . (READ: Leila de Lima survives hostage-taking in Camp Crame jail)

Before taking De Lima hostage, Sulayao attempted to escape from the detention center with Idang Susukan and Arnel Cabintoy. Susukan was also detained for being an alleged sub-leader of the Abu Sayyaf, while Cabintoy was an alleged member of Dawlah Islamiyah, another terrorist group.

The PNP said that a policeman was stabbed during the three detainees’ botched attempt to escape. Another cop on duty was able to shoot the three, hitting Cabintoy and Susukan. Sulayao then headed toward De Lima’s cell and took her hostage.

“This time, we really need to be strict with visitors. We need to check the things visitors bring, and at the same time, it should be a buddy system when it comes to the distribution of food to the detainees,” Azurin said in a mix of English and Filipino. – Rappler.com