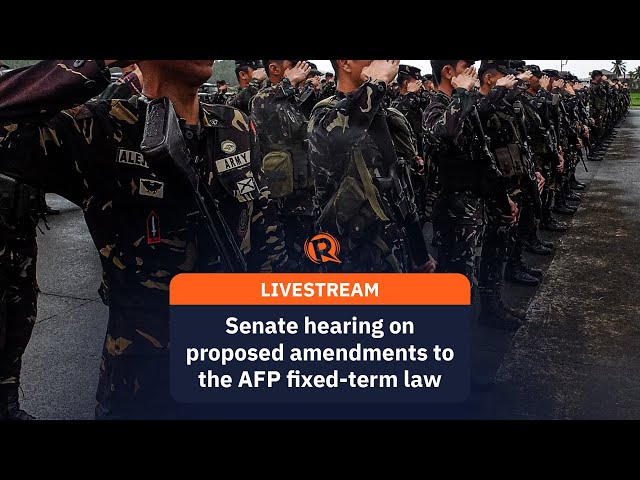 MANILA, Philippines – The Senate defense committee convenes on Tuesday, January 17, to tackle proposed amendments to Republic Act No. 11709, which mandates fixed terms for key officers of the Armed Forces of the Philippines.

The law, signed by then-president Rodrigo Duterte in April 2022, seeks to end to the so-called “revolving door policy,” which gave rise to AFP chiefs only serving for a few months before retirement.

Uniformed officers have raised concerns regarding the law, including how other officers aside from the AFP chief, such as unified commanders, are covered by three-year fixed terms. For them, this restricts the military’s ability to move qualified officers where they are most needed.

Other concerns raised included changes in the mandatory age of retirement and maximum tenure in grade of key officers.