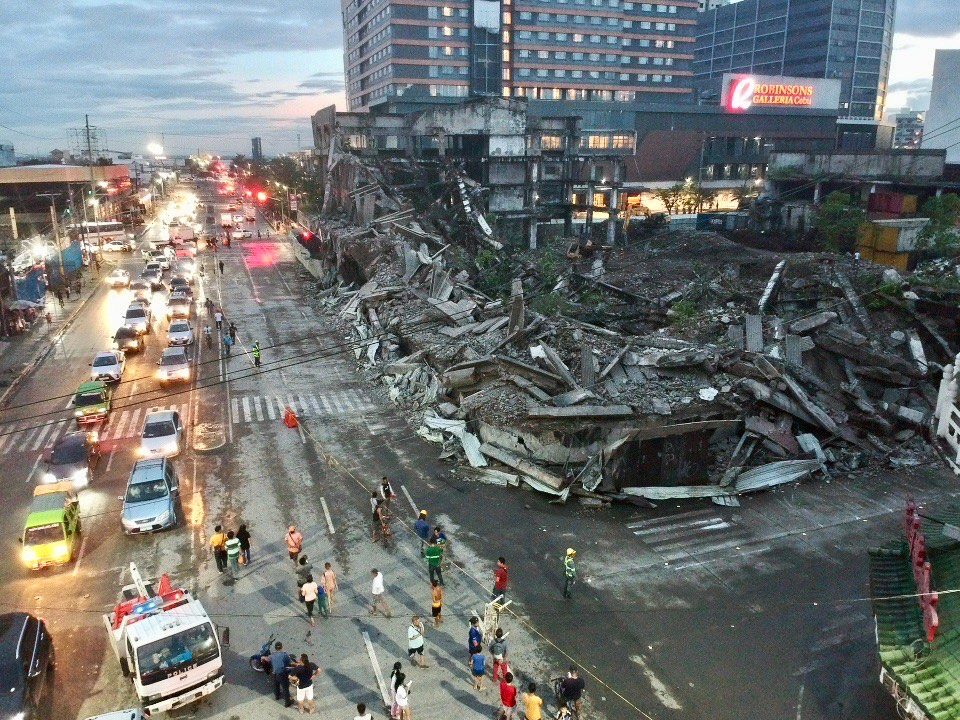 COLLAPSE. Collapsed portions of the White Gold Ruins in Cebu City. According to officials, the structure collapsed at around 4:20 pm.

CEBU, Philippines – The ruins of the former White Gold building, one of Cebu’s iconic malls in the late 1980s, collapsed on a Saturday afternoon, December 10.

The old White Gold was a well-known mall located along General Maxilom Avenue in Barangay Tejero, Cebu City. This was the same mall that burned down and was abandoned some time in the 90s.

Initial reports from the Cebu City Disaster Risk Reduction and Management Office (CCDRRMO) said that the disused structure collapsed at around 4:20 pm.

This prompted the city to close the roads around the collapsed structure.

Local officials from the Tejero Barangay Hall told Rappler that the incident occurred because of an ongoing demolition at the old ruins.

As of this writing, CCDRRMO and the Cebu City Transportation Office advised residents and motorists to cooperate with local traffic enforcement units to avoid traffic congestion. – Rappler.com