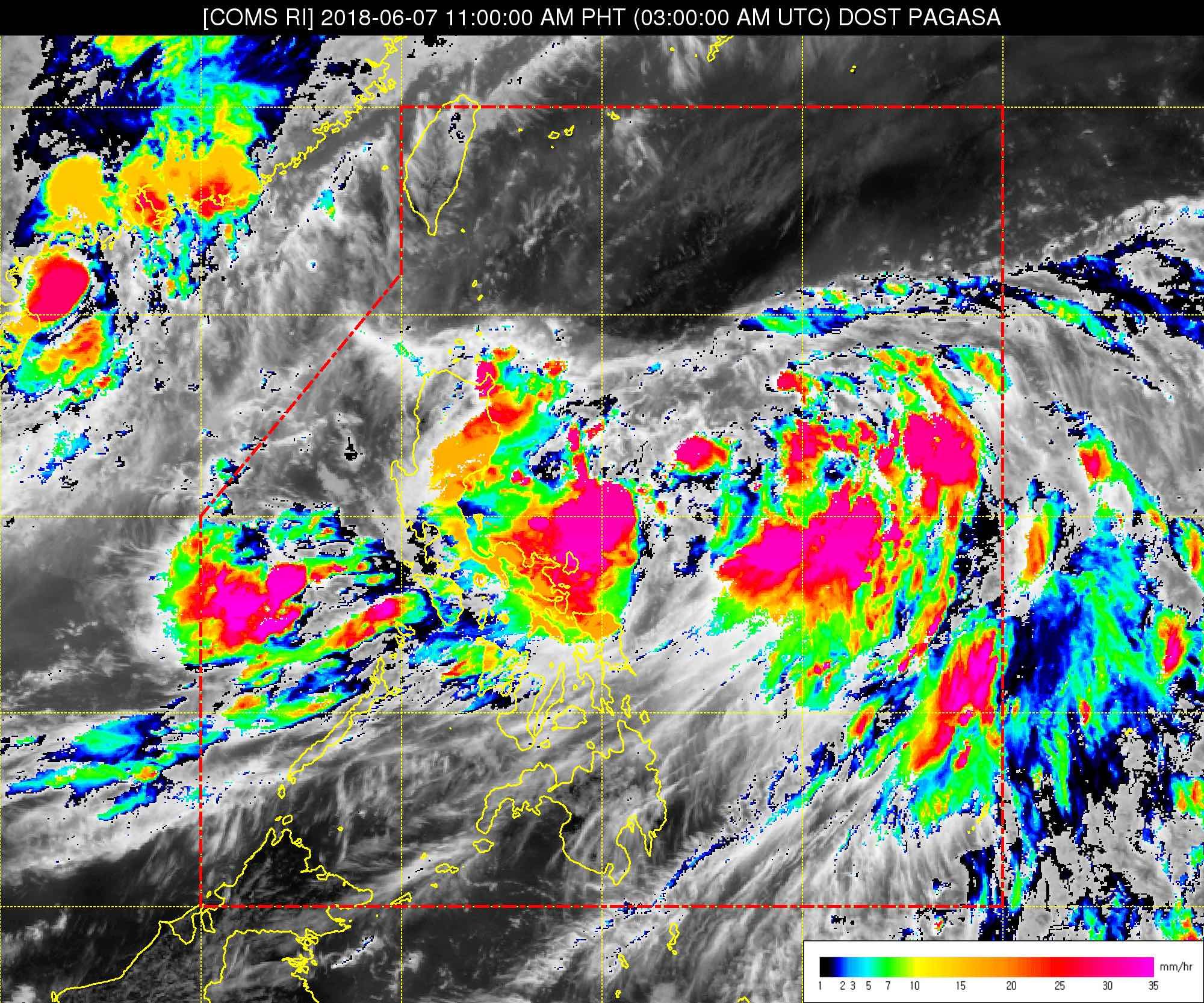 In a bulletin issued 11 am on Thursday, state weather bureau PAGASA said Domeng is located 615 kilometers northeast of Borongan City, Eastern Samar, moving west at 15 kilometers per hour (km/h). Due to its direction, it is not expected to make landfall in any part of the Philippines.

There are no areas under tropical cyclone warning signals, but Domeng, combined with the monsoon trough, will continue bringing moderate to heavy rain to Bicol, Mimaropa, and Western Visayas on Thursday. The monsoon trough is a portion of the intertropical convergence zone (ITCZ).

Domeng is also expected to enhance the southwest monsoon or hanging habagat. This means there will be moderate to heavy monsoon rain in Western Visayas and the western parts of Calabarzon and Mimaropa beginning Friday, June 8, and over the rest of the western part of Luzon, including Metro Manila, during the weekend. Flash floods and landslides are possible.

Fishermen and those with small sea vessels are also advised not to venture out into the eastern and western seaboards of Luzon. PAGASA has said that it expects to declare the start of the rainy season this week.