May 15, 2020 12:30 AM PHT
Acor Arceo
Facebook Twitter Copy URL
Copied
Typhoon Ambo (Vongfong) is back over water late Thursday evening, May 14, but could soon make landfall again in Bicol 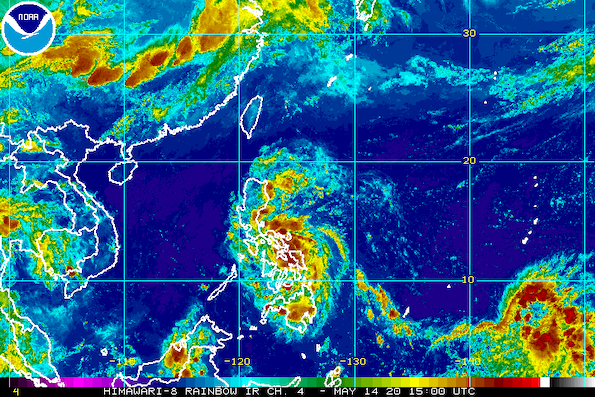 MANILA, Philippines – Typhoon Ambo (Vongfong) weakened after crossing the Samar provinces then began moving over the Ticao Pass, which separates Ticao Island from the Bicol region, late Thursday evening, May 14.

It is moving northwest toward Bicol, at the same pace of 15 kilometers per hour (km/h).

“The eyewall region of Typhoon Ambo is bringing violent winds and heavy to intense rain over southern Sorsogon and Ticao Island at this time,” PAGASA said.

The state weather bureau warned that Ambo may make landfall in Albay or in the northern part of Sorsogon in the coming hours. The two provinces are in Bicol.

The typhoon’s first landfall was in San Policarpo, Eastern Samar, at 12:15 pm on Thursday. It crossed Eastern Samar, Samar, and Northern Samar, all provinces located in the Eastern Visayas region.

In terms of rain, here’s what to expect from Ambo in the next two days:

The typhoon may also cause storm surges in the next 24 hours, which might lead to “potentially life-threatening coastal inundation.”

Between 1 and 2 meters high 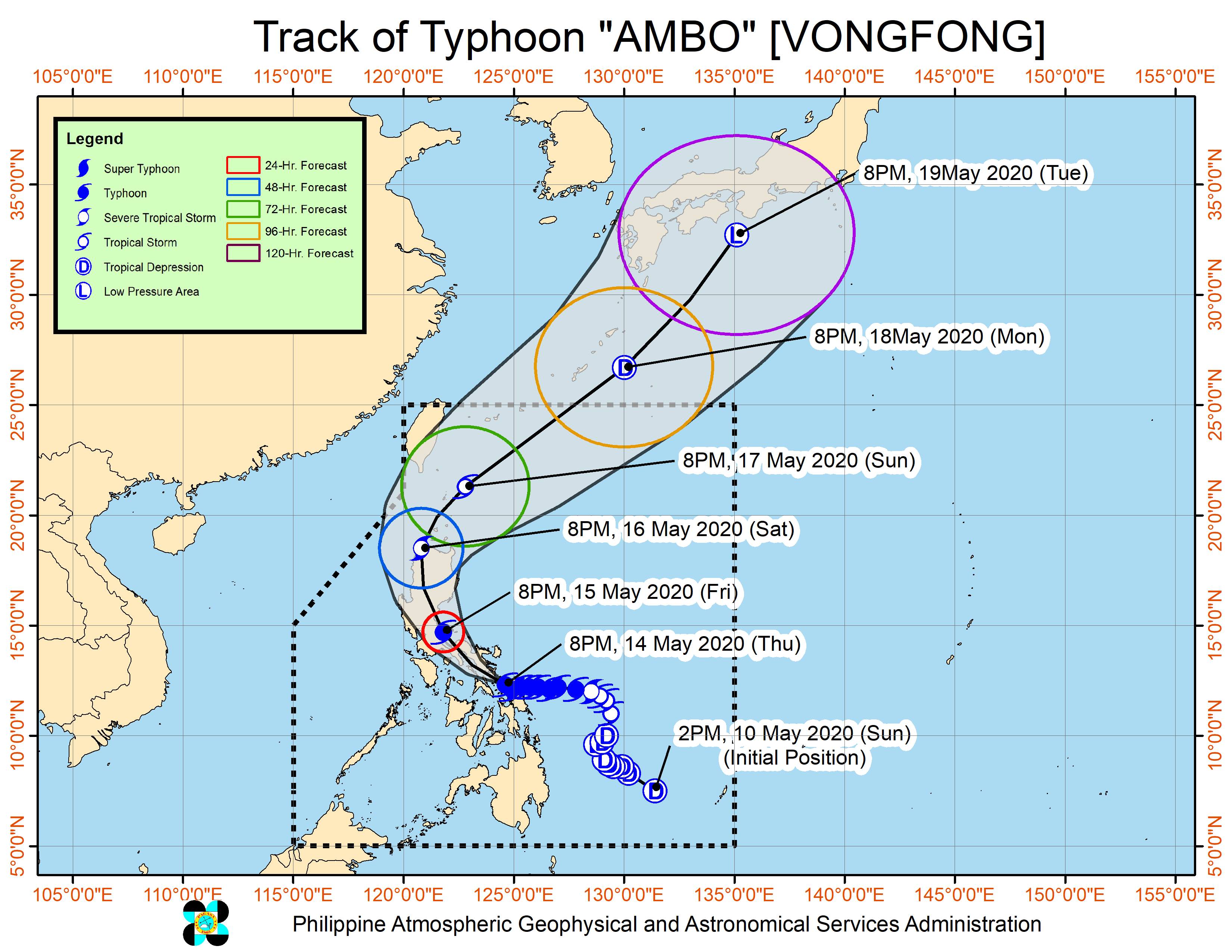