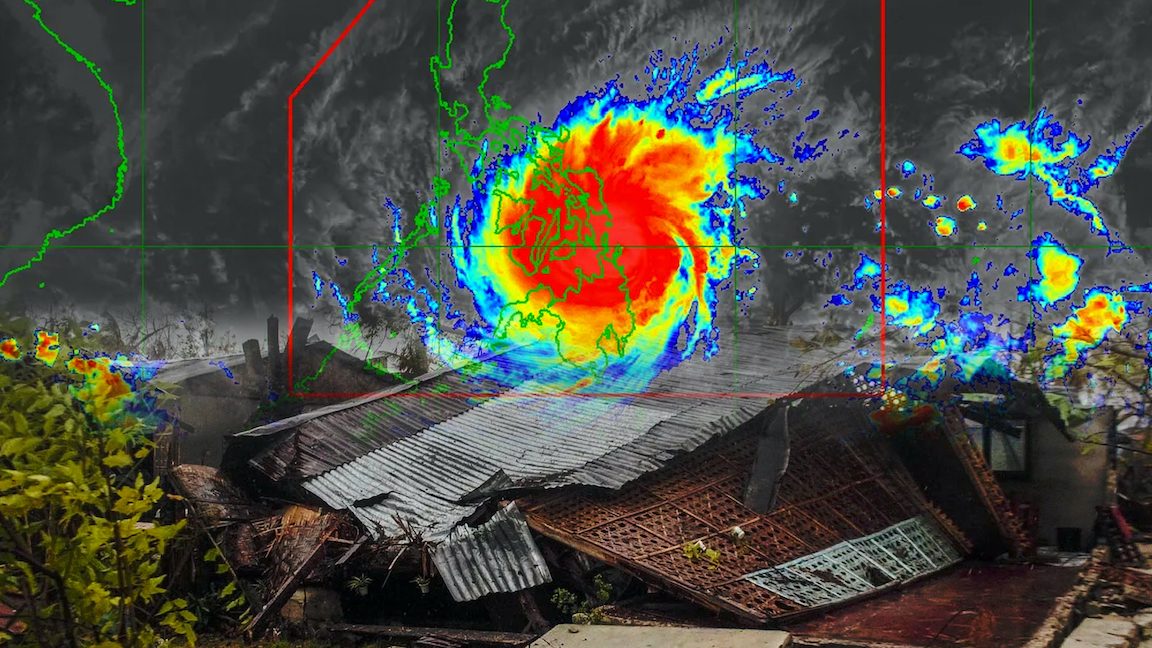 Facebook Twitter Copy URL
Copied
A tropical cyclone with maximum sustained winds of at least 185 km/h will now be classified as a super typhoon, compared to the original minimum threshold of winds exceeding 220 km/h

MANILA, Philippines – The Philippines’ weather bureau revised its definition of a super typhoon, as well as meanings of tropical cyclone wind signals, marking a shift in local forecasting.

A super typhoon was originally classified as having maximum sustained winds exceeding 220 kilometers per hour (km/h).

Under the new classification of the Philippine Atmospheric, Geophysical, and Astronomical Services Administration (PAGASA) announced on Wednesday, March 23, a tropical cyclone with maximum sustained winds of 185 km/h or above will now be classified as a super typhoon.

Subsequently, the definition of a typhoon was also revised. From the original range of 118 to 220 km/h, a typhoon will now have maximum sustained winds of 118 to 184 km/h.

“The changes are based on the adoption of best practices from other [tropical cyclone] warning centers and regionally accepted operational standards, developments in objective guidance for [tropical cyclone] wind swaths, operational experiences and challenges encountered by typhoon forecasters, and feedback from end-users and stakeholders,” PAGASA said in a statement on Wednesday.

The super typhoon category and Signal No. 5 were introduced back in 2015, taking into account the death and destruction caused by Super Typhoon Yolanda (Haiyan) in 2013.

Tropical cyclone wind signals are raised to provide a warning on the intensity of winds to be expected in a particular area. Contrary to popular misconception, Signal Nos. 1 to 5 are not based on rainfall.

Under the new system, these are the corresponding winds:

First, damage assessment showed that the effects on the ground of Signal Nos. 4 and 5 in the old system were “indistinguishable from each other.”

Second, Signal No. 2 in the old system covered “a wide range of wind speeds” – 61 to 120 km/h – which meant that the severity of the impact would also have a wide range, making it “rather inefficient for warning purposes.”

PAGASA forecasts are often compared to those of the JTWC, which produces forecasts intended for US government agencies.

But with the super typhoon redefined in the Philippines, the readings would be similar when converted.

(The two agencies will be in sync. When JTWC declares a super typhoon, PAGASA will also declare a super typhoon, because if we convert their reading, it’ll be equivalent to the 185 km/h in our system.)

An average of 20 tropical cyclones form within or enter the Philippine Area of Responsibility each year. – Rappler.com