Facebook Twitter Copy URL
Copied
'We deeply regret that the report on education was inadvertently published earlier than scheduled and before the Department of Education had enough chance to provide inputs,' says the World Bank 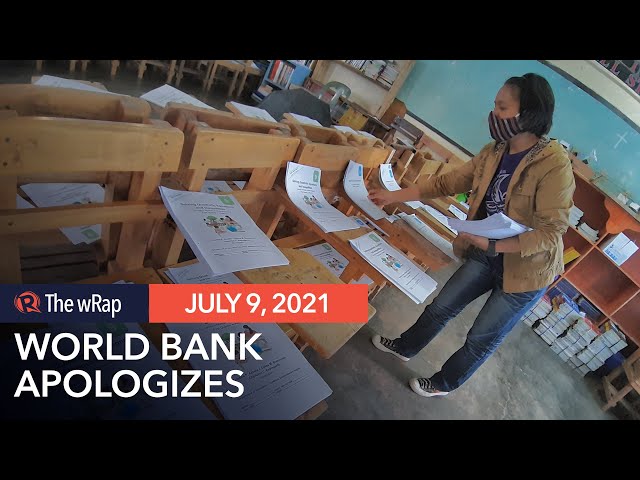 After scathing remarks from officials, the World Bank before midnight on Friday, July 9, apologized to the Philippine government and took down a report on its website describing poor learning results among Filipino students.

“We deeply regret that the report on education was inadvertently published earlier than scheduled and before the Department of Education had enough chance to provide inputs,” the World Bank said in a statement.

Education Secretary Leonor Briones earlier demanded an apology from the multilateral lender, as she claimed that it did not follow protocol in releasing the report, adding that the figures cited in the study were “outdated.”

“The country was insulted and shamed,” Briones said Monday, July 5. 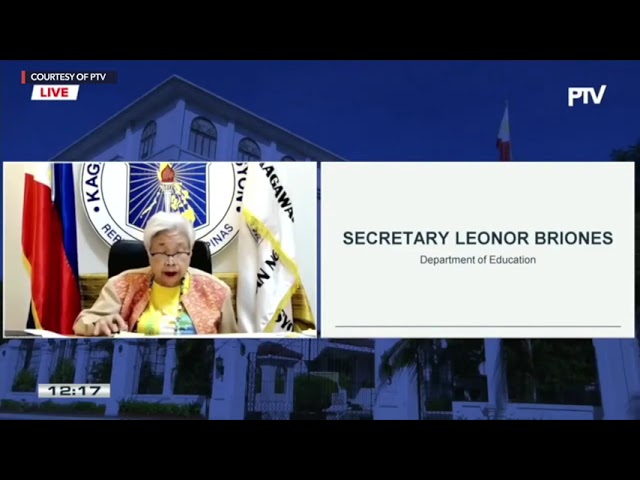 The World Bank said that it was an “oversight” on their part and decided to “temporarily” remove it from its website.

“We agree with the Department that the issue of quality has a long historical context, and support its demonstrated commitment to resolve it decisively. We have reached out to Secretary Briones on this matter and look forward to continuing our dialogue with the Department of Education on the opportunities and challenges in the education sector,” it said.

The World Bank has been a partner of the Philippines for 75 years, providing loans and grants to support sectors, including education.

The Philippines funds its conditional cash transfer program through World Bank loans. A condition of the cash grant includes requiring families to send children to schools.

Briones said that the Philippines has loaned at least $300 million from the World Bank since the 1980s to improve the state of education in the country. What was in the report?

The report enumerated several gaps in the Philippines’ education sector, many of which are all too familiar.

For instance, the World Bank noted that majority of 15-year-olds do not understand fractions.

The report also said that only 10% of Filipino fifth graders were at par with global standards due to students’ limited proficiency in the language of instruction, which is mostly in English.

It also found that bullying was prevalent across all levels, and that school officials were not aware on the gravity of the violence in schools.

With these findings, the World Bank concluded that there was a “crisis in education” in the Philippines, which has started even before the coronavirus pandemic.

Due to the continuing coronavirus pandemic, schools in the country have shifted to distance learning – a mix of online classes and printed learning modules – following President Rodrigo Duterte’s directive to suspend face-to-face classes until a COVID-19 vaccine becomes available. 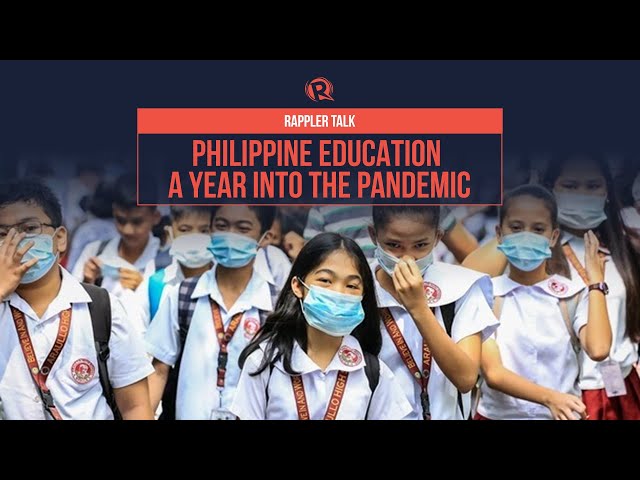 The gaps in the Philippine education system were also evident in the erroneous learning modules distributed to students during the pandemic. Mishaps such as “painful” grammar errors, wrong math equations, and depictions of gender stereotypes alarmed a public already worried over the quality of education over 24 million students were receiving during the health crisis. – with reports from Bonz Magsambol/Rappler.com