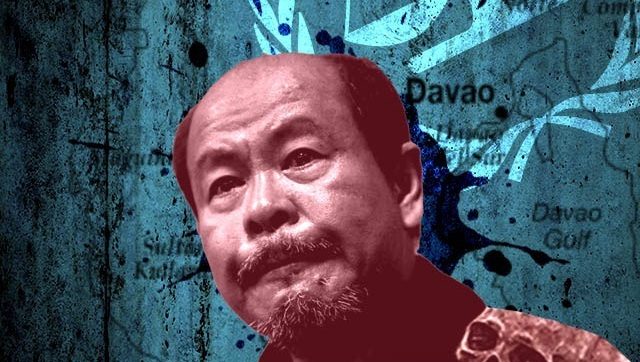 Facebook Twitter Copy URL
Copied
Under the agreement with the International Criminal Court, Arturo Lascañas’ confession of killing and covering up for Duterte’s Davao Death Squad would not be used as evidence against him

The Office of the Prosecutor (OTP) of the International Criminal Court (ICC) has struck a limited immunity deal with former Davao City cop Arturo Lascañas in the investigation into the Philippine drug war and killings in President Rodrigo Duterte’s home city.

This is unprecedented, a first in Philippine history. Of the countries in Southeast Asia, it is the Philippines and Myanmar that are subjects of a current ICC probe.

Lascañas, a self-confessed hitman of what he called Duterte’s Davao Death Squad (DDS), signed on November 11, 2020, the ICC’s Third Agreement on Limited Use of Information.

The agreement, a copy of which was obtained by Rappler, was signed six months before former prosecutor Fatou Bensouda requested authorization to open the investigation. The ICC’s pre-trial chamber announced on September 15, 2021 that it had authorized the opening of a probe into the bloody drug war, as well as killings in Davao City by the alleged DDS when Duterte was the mayor and vice mayor from 2011 to 2016.

In the document, the OTP said it would not use as evidence against Lascañas his confession that he carried out the killings and cover-ups ordered by Duterte himself or through instructions coursed through the latter’s trusted men.

This is a form of use immunity, said lawyer Ruben Carranza, a senior expert at the International Center for Transitional Justice (ICTJ), a non-profit organization pursuing accountability for human rights abuses and mass atrocities.

“What he says won’t be used to prosecute him. This is a narrower form of immunity than what is called ‘transactional immunity,’ which is immunity from prosecution for the crime/s being investigated or tried,” Carranza told Rappler.

“Note that the immunity here is not blanket and excludes immunity from perjury,” Carranza added.

Former ICC prosecutor Luis Moreno Ocampo said the document also means that the OTP is treating the witness as an insider, but that he could also be a suspect.

“It means that he could be a suspect but [the] ICC will not prosecute him,” Ocampo told Rappler.

There is always the issue of prosecuting Lascañas in the Philippines for the crimes he confessed to having knowledge of.

Carranza and Ocampo did not initially know it was Lascañas who signed the document. Rappler asked Carranza questions on May 5, and Ocampo on May 12, about the content of the document but did not disclose who its signatory was because it was still kept secret at the time.

Rappler disclosed to Carranza and Ocampo on November 10, a day before publishing this story, that it was Lascañas who signed the document for the purposes of asking if they would want to clarify earlier answers.

For his part, Carranza added that in a limited use statement agreement, defense lawyers would have access to the information in the statement.

“Coupled with the ICC Pre-Trial Chamber (PTC) agreeing with the Prosecutor that the 2011-2016 extrajudicial killings in Davao are and should be part of the investigation, [Lascañas’] statement will become decisive particularly in determining who may be charged for crimes against humanity,” said Carranza in an email to Rappler on Thursday, November 11.

The OTP is now seeking evidence to request summonses or arrest warrants.

Lascañas had publicly accused Duterte of ordering killings by the Davao Death Squad, and had wanted to testify in a Senate investigation in 2017, but the public order committee under Senator Panfilo Lacson terminated it after only one hearing. The committee said Lascañas’ claims had “no probative value,” saying it was a turnaround from the former cop’s initial testimony in the Senate the year before.

Lascañas fled the country soon after, and has been in hiding ever since.

Lascañas might have access to the witness protection program of the ICC because the document was signed by an OTP trial attorney and counsel from the ICC registry.

“The Registry oversees witness protection and would be involved in this type of agreement, including assisting witnesses who may not have a lawyer. The OTP may have concluded that this ‘insider’ witness can support the prosecution but will need limited use immunity,” said Carranza.

It also “most likely means that the registry is considering giving – or has already given – protection to the witness,” said Carranza.

The OTP did not want to comment. “Confidentiality is a crucial aspect of our work. The Office of the Prosecutor therefore does not publicly discuss specifics related to its activities,” the OTP said in an email to Rappler on April 15.

Ocampo said that, with the agreement, “it is a possibility” that the witness’ superiors could be summoned.

Enforcement of summons and even arrest orders depend on the cooperation of the state, in this case the Philippines, which Duterte withdrew from the ICC in March 2019 as a response to the OTP’s opening of a preliminary examination.

If concerned individuals are summoned or ordered arrested, the law enforcement agents in the Philippines must be willing to enforce the summons against them and bring them to the ICC. If these individuals travel to an ICC member state, law enforcers there would have to execute the orders. This has, however, not always been very effective for the ICC.

The investigation will be steered by Bensouda’s successor, British counsel Karim Khan. Khan is familiar with the Philippines, having done a program with the Commission on Human Rights (CHR) in February 2018.

In his latest statement on October 8, Khan urged the Philippine government to engage in the investigation, saying, “My investigation will seek to uncover the truth and aim to ensure accountability.” – Rappler.com