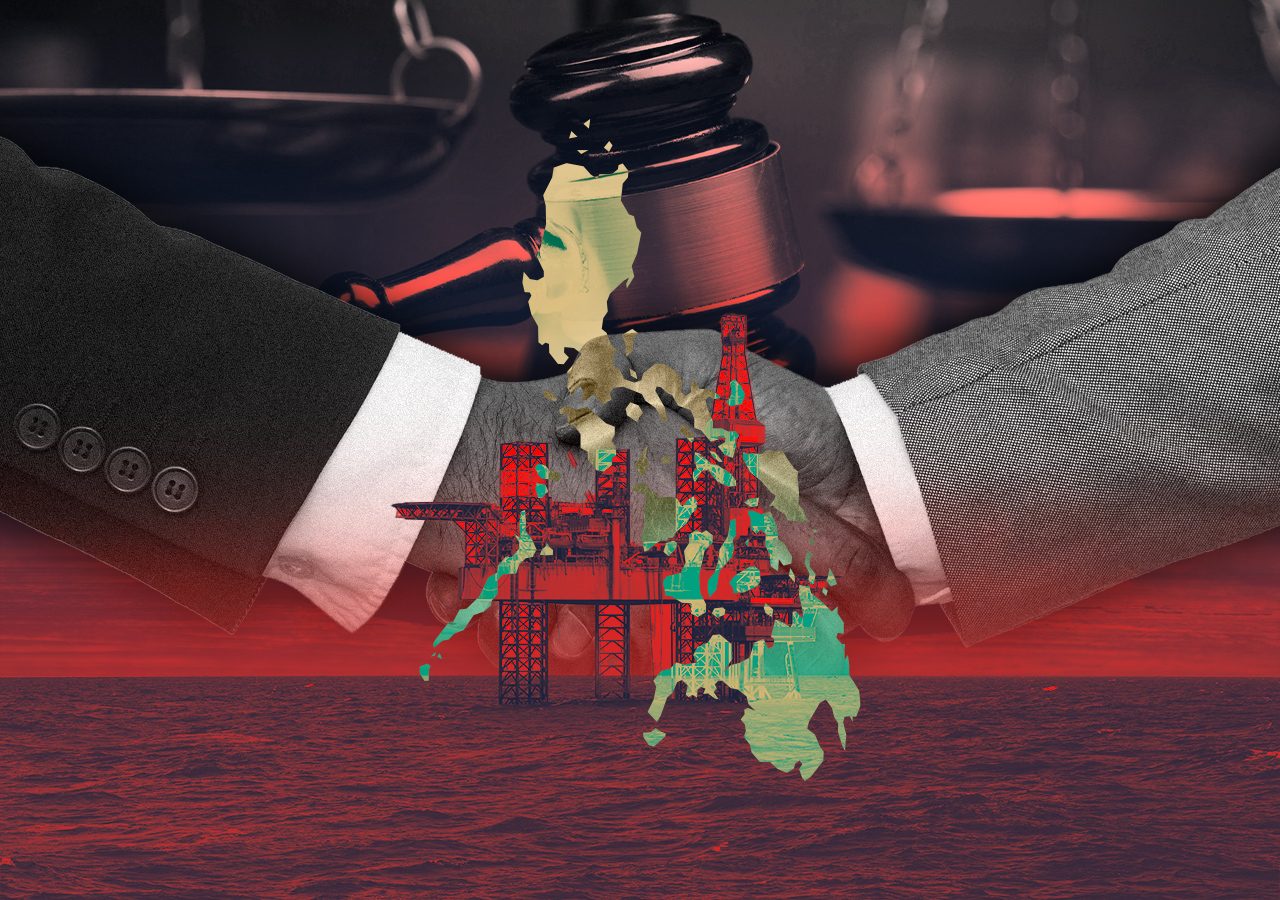 Facebook Twitter Copy URL
Copied
The Supreme Court ruling not only voids the oil deal with China and Vietnam, but also gives clearer definitions of the safeguards provided by the 1987 Constitution

The High Court ruled on January 10 – almost 15 years since the petition was filed – that the JMSU is unconstitutional because it allowed wholly-owned foreign corporations to participate in the exploration of the Philippines’ natural resources “without observing the safeguards provided in section 2, article 12 of the 1987 Constitution.”

Section 2, article 12 of the Constitution states: “The exploration, development, and utilization of natural resources shall be under the full control and supervision of the State.”

Nevertheless, the High Court’s ruling set legal limitations for joint exploration of the country’s oil resources. How so? Only as service contractor

Retired SC senior associate justice Antonio Carpio said the ruling upheld the four modes mentioned in section 2, article 12 of the Constitution and which must be followed. The section mentions the ways the country can execute exploration, development, and utilization with other states:

However, it is only in the first mode that other foreign companies can participate, according to Carpio. “The first is ‘direct undertaking’ by the State, which is what a Service Contract is all about. This is the only way a majority-owned foreign company can participate. It will participate as a service contractor,” he said.

Carpio further explained that in the three other modes, only companies that are 60% owned by Filipinos can participate. This will prevent any administration from “straying away” from the Constitution, Carpio added.

Meanwhile, a service contract means that if President Ferdinand Marcos Jr. wants to pursue the joint exploration with China or other countries, the state shall do a “direct undertaking,” the retired SC senior associate justice said.

Lawyer and Bayan Muna chairperson Neri Colmenares, who was among the petitioners who challenged the JMSU in 2008, said the SC ruling will help the Philippines assert “protection of our patrimony and sovereignty.” The law has also made it clearer that China should abide by the country’s laws.

“The Supreme Court decision will help us assert the protection of our patrimony and sovereignty in the exploration, development and utilization of our natural resources – by requiring China to abide by our Constitution including the recognition that any joint exploration must be with a corporation that is 60% owned by Filipinos and that such joint exploration must be under the control of the Philippine State. Only countries which respect our sovereignty and Constitution can be allowed to participate in any joint undertaking for the exploration of our oil and natural resources,” Colmenares said in a statement.

The ruling also clearly defined what exploration means – “a search or discovery of something in both its ordinary or technical sense.”

As former president, Arroyo had acted in favor of China. In 2004, her administration signed the JMSU, and in exchange for loans from China, granted it more concessions over the Philippines’ territorial waters.

Vietnam was not originally part of the deal. It only protested and was later accommodated through a tripartite agreement signed in March 2005.

A three-part investigative report by Newsbreak magazine revealed that negotiations for the JMSU involved billions in dollars of loans from China from 2002 to 2004. The House of Representatives and Senate, both then headed by Arroyo’s allies, aided her administration in pursuing the deal.