Claim: A photo showing the “Marawi rehabilitation project” of “Tatay Digong”, a nickname of President Rodrigo Duterte, is not reported by the mainstream media.

On October 6, the page “President Duterte Worldwide Supporters” posted a screenshot of an October 2 post of another page “Imee Marcos for Senator Movement” containing the photo.

The facts: It is not a photo of the ongoing rehabilitation projects in Marawi City.

A Google reverse image search of the screenshot leads to various results about post-disaster housing. 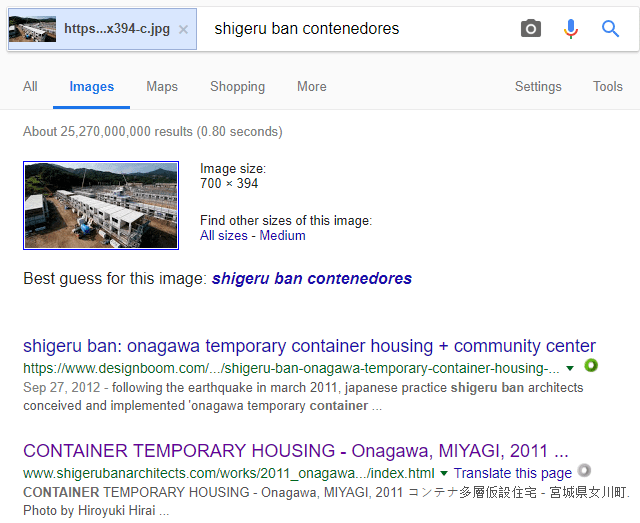 The specific photo is from themanual.com in a May 29 article titled “A Place to Call Home: The Innovative New Wave of Disaster Relief Housing.”

It is described as a Container Temporary Housing that was designed by Japanese firm Shigeru Ban Architects to provide housing for those affected by the 2011 earthquake and tsunamis in Japan. The housing project is further described in Shigeru Ban’s website. The project is composed of 189 houses, and is described as “189 houses in Onagawa Town, Miyagi prefecture by proposing two-storied temporary houses by stacking containers for marine transport (20 ft) in a checkerboard pattern.” (translated from Japanese)

However, there is indeed a post-siege housing project in Marawi City. The project was inaugurated on March 1. Photos of the houses can be seen in Inquirer, Rappler, Philstar, MindaNews, and the Philippine Information Agency.