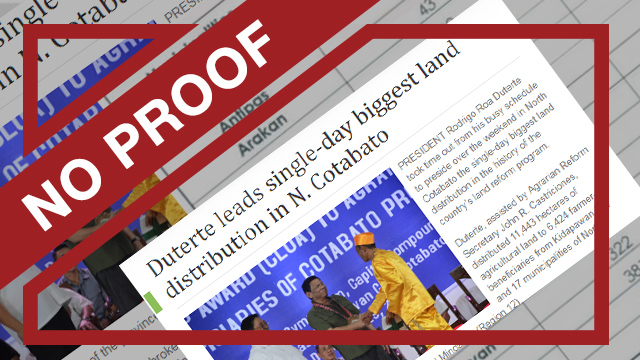 Claim:  The Department of Agrarian Reform (DAR) claimed in a press release on January 3 that the land distribution which took place in North Cotabato last December 29, 2018 was the single-day biggest distribution in the history of country’s reform program.

President Duterte led the distribution, along with Agrarian Reform Secretary John Castriciones, of the 11,443 hectares of agricultural land to 6,424 farmers from 18 municipalities of North Cotabato. 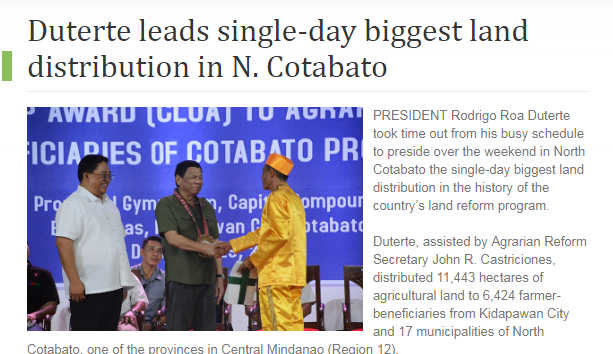 The facts: DAR failed to provide data to support the claim that the event in North Cotabato is indeed record-setting in the history of the country’s reform program.

When Rappler requested data from the Department of Agrarian Reform (DAR), its Public Assistance and Media Relations Service (PAMRS) office in Quezon City released historical land distribution data from 1972 to June 2018, but the data only presents the comparison of land distribution figures by year.

There was no specific tabulation compiling DAR’s figures in single-day distributions since the beginning of CARP in 1972 up to the present. Embedded below is a copy of the data the DAR released.

The figures for Bukidnon’s 1991 land distribution were not in the data DAR provided as the page that should contain them is missing. Rappler clarified this with the DAR on January 11 and followed up on January 14, but the agency has yet to response as of this writing.

The PAMRS said the basis of the press release was a statement of DAR Central Mindanao Director Felix Aguhob.

To clarify this, Rappler also sought Aguhob’s comment. The Director provided a summary breaking down the municipalities, number of beneficiaries, and hectares covered by the December 29 land distribution. The hectares distributed in 18 municipalities and 6424 beneficiaries indeed totaled 11,443. 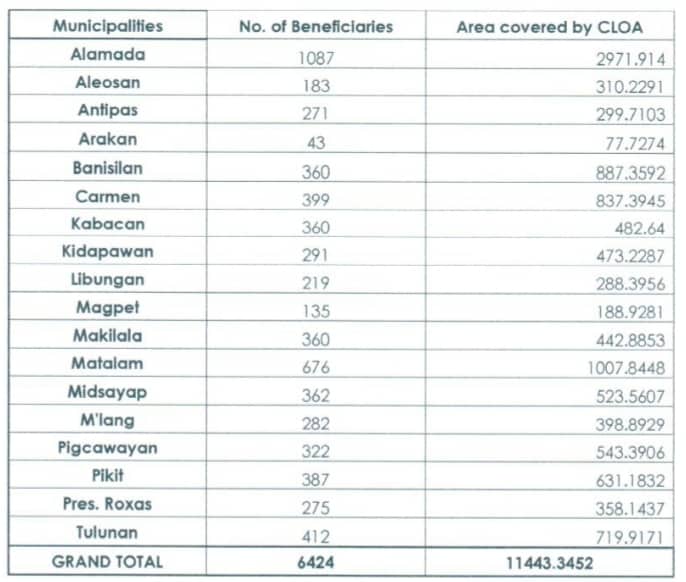 However, when asked to for basis of the claim, Aguhob said they arrived at this conclusion after the Assistant Director of their Bureau of Land Tenure Improvement (BLTI) asked all regions nationwide if it was indeed the biggest land distribution so far in the history of DAR.

“Some have replied and I replied that as far as I can remember, 10,000 has was distributed in Pangantucan, Bukidnon on Sept. 30, 1990. It was distributed by the late Secretary Benjamin T. Leong. I was there when this happened being the PARSSO of Bukidnon at that time.”

[OPINION] The moment of truth for the ABS-CBN franchise

Presko feeling all day: Find out why parents are all praises for Pampers’ new Aircon Pants