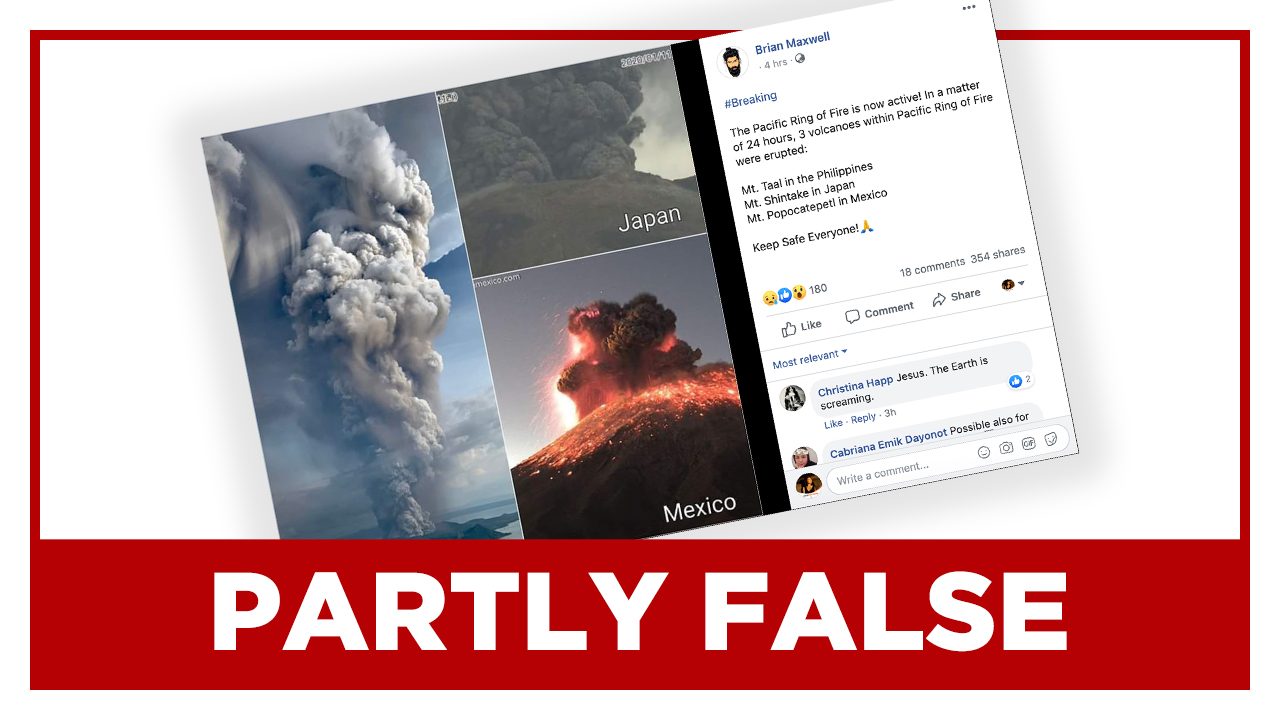 Claim: A number of Facebook posts say that the recent volcanic activity of Mt Shintake in Japan, Popocatepetl volcano in Mexico, and Taal Volcano in the Philippines means that the Pacific Ring of Fire is “active.”

The claim was made by a number of Facebook users over Sunday and Monday, January 12 and 13.

All the posts mentioned the 3 volcanoes and concluded that the Pacific Ring of Fire is “now active.” They also included images of the same volcanoes erupting.

The posts, which were flagged by Facebook’s monitoring tool Claim Check, have accumulated over 1,000 shares as of posting.

According to Mariton Bornas, Head of the Philippine Institute of Volcanology and Seismology (Phivolcs) Volcano Monitoring and Eruption Prediction Division, posts like these are “alarmist” but should not be cause for panic.

According to the Smithsonian Institution’s Global Volcanism Program, there are generally around 20 volcanoes actively erupting at any given time.

Also, Oregon State University’s Volcano World website says that there has not been an increase in volcanic activity in the past few decades. It may only seem like there was an increase because of increased populations in once remote areas and improved technology for monitoring and communicating the volcanic activity. – Vernise L Tantuco/Rappler.com