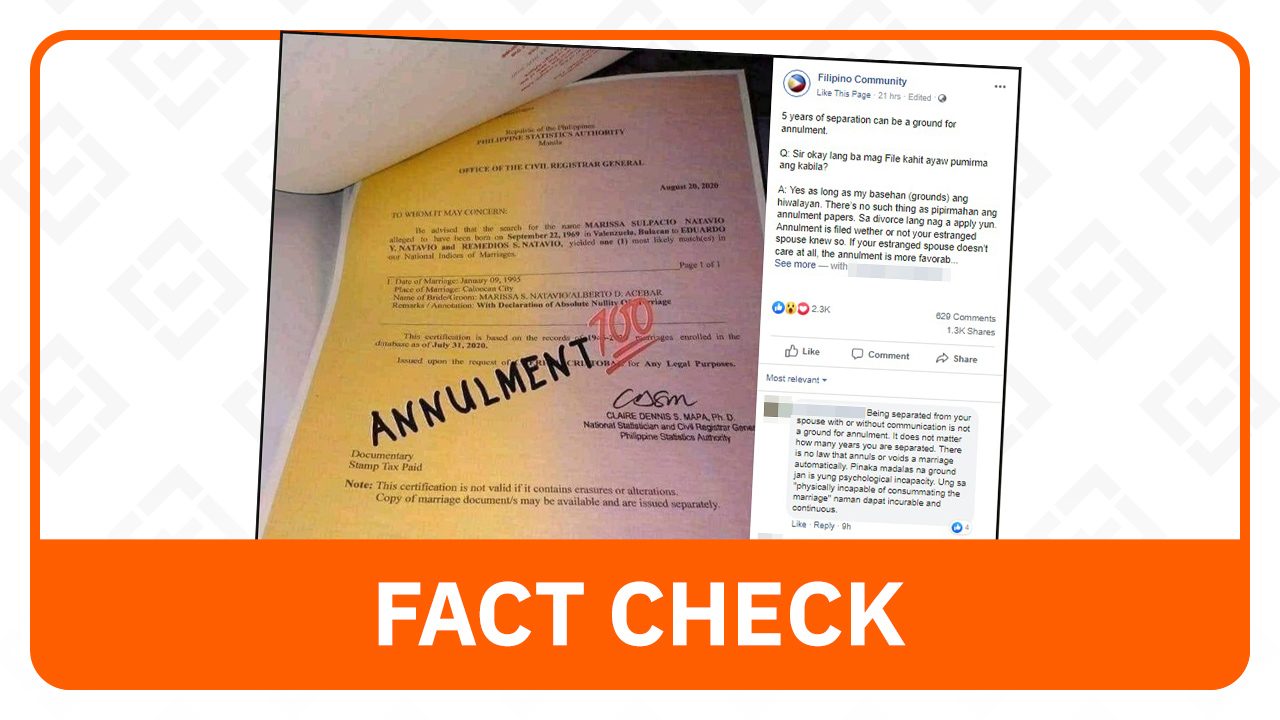 Claim: Five years of separation can be ground for annulment.

The bottom line: No law has been passed to amend provisions of Executive Order No. 209, or the Family Code of the Philippines, that will include five years of separation as ground for annulment.

Still pending in Congress: House Bill No. 1532, a bill that seeks to amend the said law to include at least five years of separation as ground for annulment, has been pending with the committee on revision of laws since August 1 – more than three weeks since its filing in the 19th Congress on July 7, 2022.

Bill refiled thrice: Surigao del Norte 2nd District Representative Robert Ace Barbers, its author, filed the same bill in 2016 during the 17th Congress and refiled it in 2019 during the 18th Congress. Both bills did not move forward from the committee level after first reading.

The same proposed amendment was first filed in 2014 by then-Albay 2nd District representative Al Francis Bichara, but similar to the recent ones, it did not progress beyond committee level after first reading.

Grounds for annulment: According to Article 45 of EO 209, a marriage may only be annulled for any of the following reasons: