Kabataan Representative Raoul Manuel is not in hiding 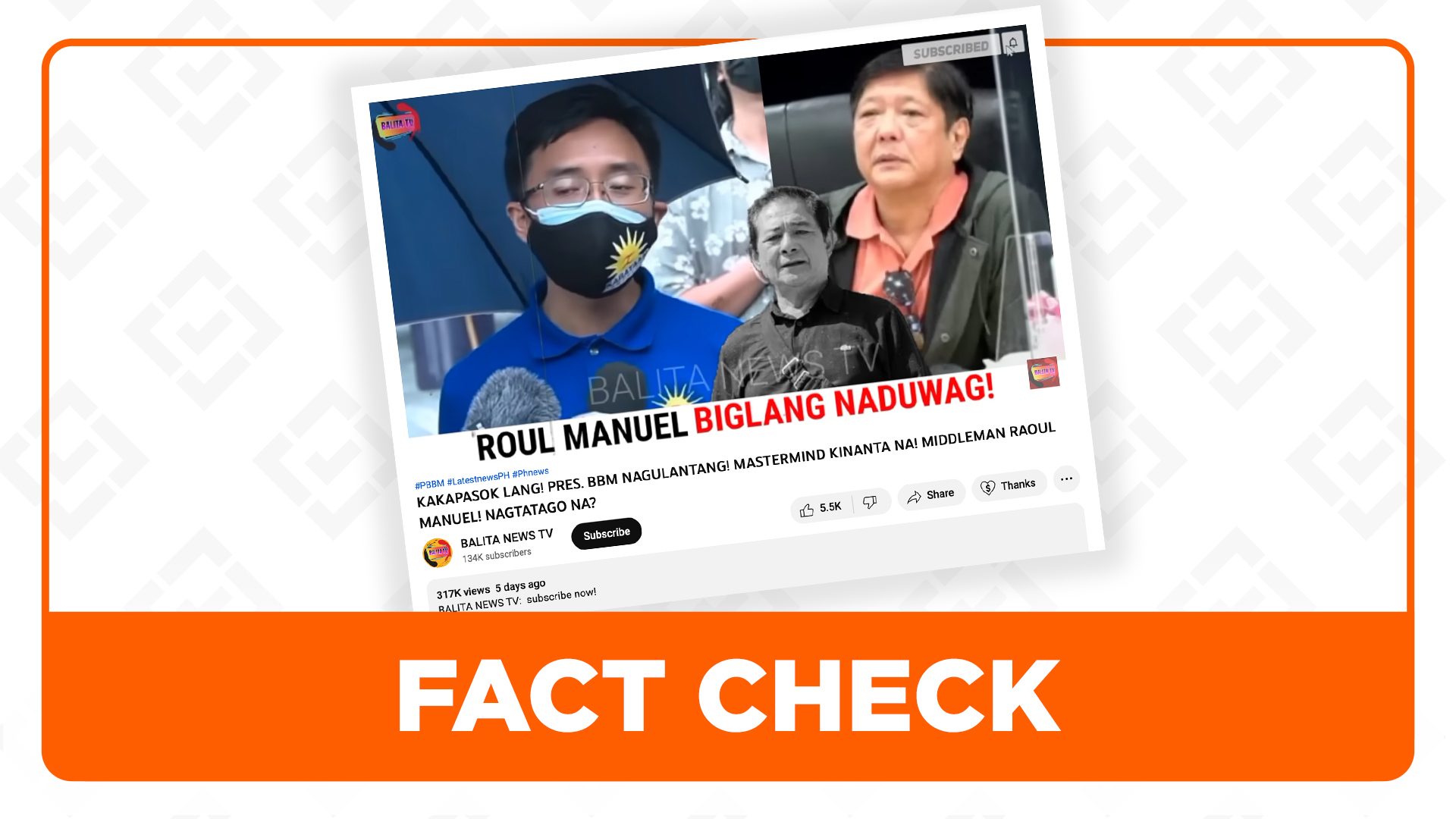 The claim: Kabataan Representative Raoul Manuel is currently in hiding because of charges filed against him for his statements on President Ferdinand Marcos Jr. related to the death of broadcaster Percy Lapid.

The bottom line: Manuel is not in hiding.

He made a public appearance on October 23 on the DYHP Cebu’s Pandayan sa Baruganan Radio Program to promote wage increases and workers’ rights in Cebu. A few days earlier, on October 20, Manuel advocated for the implementation of a mandatory scouting program for Filipino students instead of the initially proposed mandatory Reserve Officers Training Corps (ROTC) course at the tertiary level.

Officials, including Chief Legal Counsel Juan Ponce Enrile, only warned the legislator about potential charges for his statement. However, as fact-checked by Vera Files, no legitimate report indicates that a warrant of arrest was issued to Manuel. To add, no proof of Azurin’s summons can be found on either the PNP’s official FB page or its website.

In an FB post on October 24, Manuel denied allegations of him being jailed. Kabataan Party List’s official page did not also confirm any charges against its representative as it did when Kilusang Mayo Uno international officer Kara Taggaoa and PASODA (Pasiklab Operators and Drivers Association) president Larry Valbuena were held in custody. – Kyle Nicole Marcelino/Rappler.com