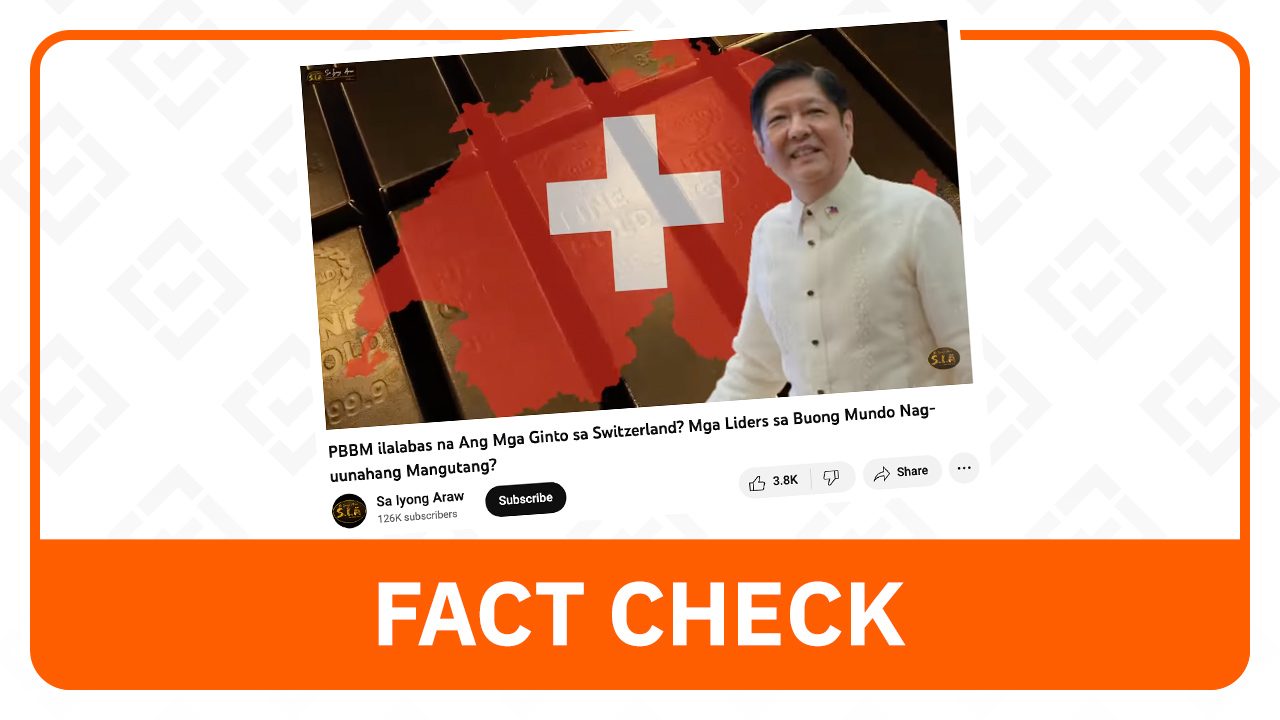 Claim: The Marcos family has gold reserves or “Wealth for Humanity” stored in Switzerland.

The bottom line: The recorded wealth that the late dictator Ferdinand E. Marcos has hidden in Switzerland were the $688 million Swiss deposits which have since been returned to the Philippines. The funds were awarded to the Presidential Commission on Good Government (PCGG) in 2009 after the Swiss Supreme Court ruled the assets to be “ill-gotten.”

“Wealth for Humanity”: The late dictator Marcos never named the people of the Philippines as benefactors of his wealth. Official documents of the former president’s last will and testament, dated 1982 and 1988, indicated that he entrusted his money only to his wife and children.

Former first lady Imelda Marcos pleaded during a Senate hearing to “implement the Marcos Humanitarian Foundation” to help the country and the “Filipino people in their agony and suffering.” Aside from the alleged “handwritten legacy,” no evidence or documents show the late dictator said otherwise.

Talks of the family’s fabled gold resurfaced after Marcos was invited to attend the 2023 World Economic Forum in Davos, Switzerland. Marcos is still undecided whether or not to attend the assembly as he may be “traveling too much.” The President is scheduled to fly to China for a state visit in early January.