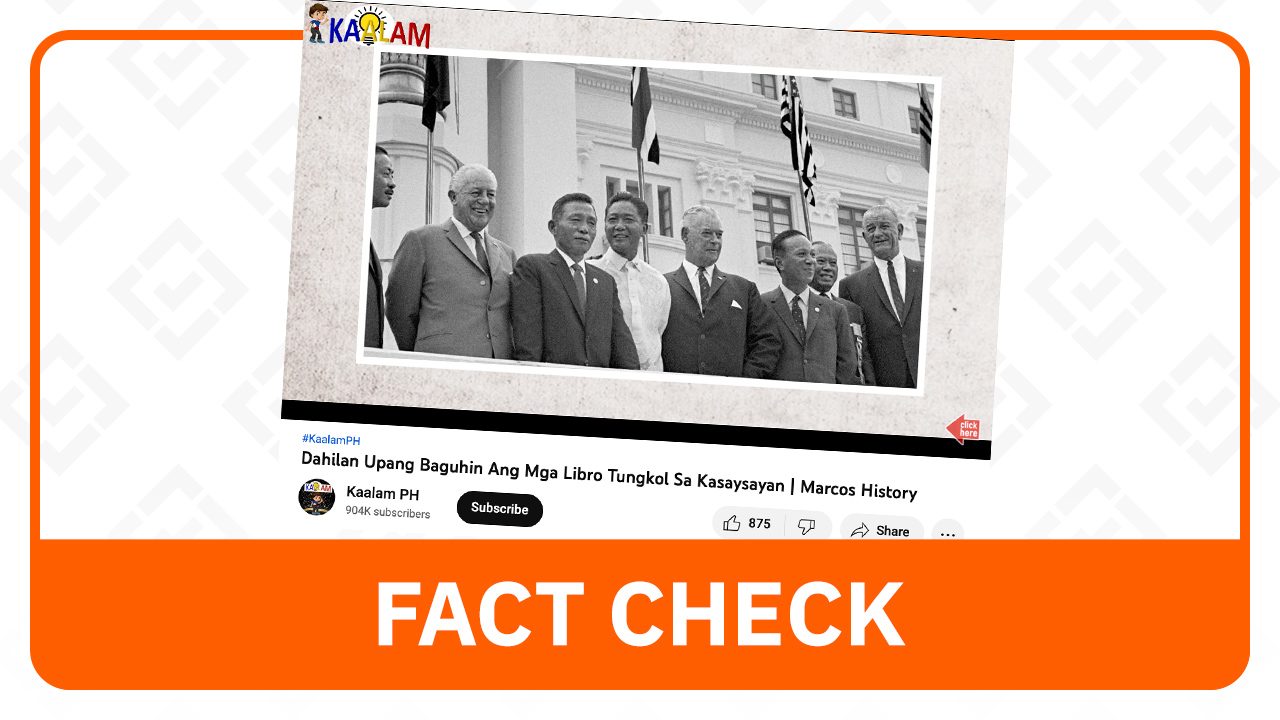 Facebook Twitter Copy URL
Copied
Despite claims that the Marcos era was the ‘golden age’ of the Philippines, the country actually suffered economically

The claim: During the administration of Ferdinand E. Marcos, the Philippines was considered the top country in Asia, especially in terms of the economy.

(Our country was on top of Asian countries, especially in terms of economy, and he had so many projects prepared for the growth of the country.)

The bottom line: The Philippines was certainly in no “golden age” during the presidency of the late dictator Marcos. Between 1965 and 1985, the country’s GDP only grew at an average annual rate of 3.85%. As can be seen in data from the World Bank, the country’s annual GDP growth plunged to -7% in 1984 and was at -6.9% in 1985, Marcos’ last full year in office.

Consistent high GDP growth was only achieved 25 years later during the administration of the late Benigno “Noynoy” Aquino III.

Aside from low GDP growth, the Philippines also became known as the “Sick Man of Asia.” Income per person declined in 1982, compared to our neighboring countries which saw a growth in income per person.

The country was also saddled with debt during this era. The Philippines under the Marcos administration suffered from massive foreign loans. From 1977 to 1982, the country’s total external debt ballooned from $8.2 billion to $24.4 billion. These massive debts eventually led to a debt crisis by 1983.

With low GDP growth, declining income per person, and massive debt, the country struggled economically during this period of time. Despite what the video claims, the Philippines was not the best economy, or even one of the economic powerhouses, in Asia during the Marcos dictatorship. – Katarina Ruflo/Rappler.com