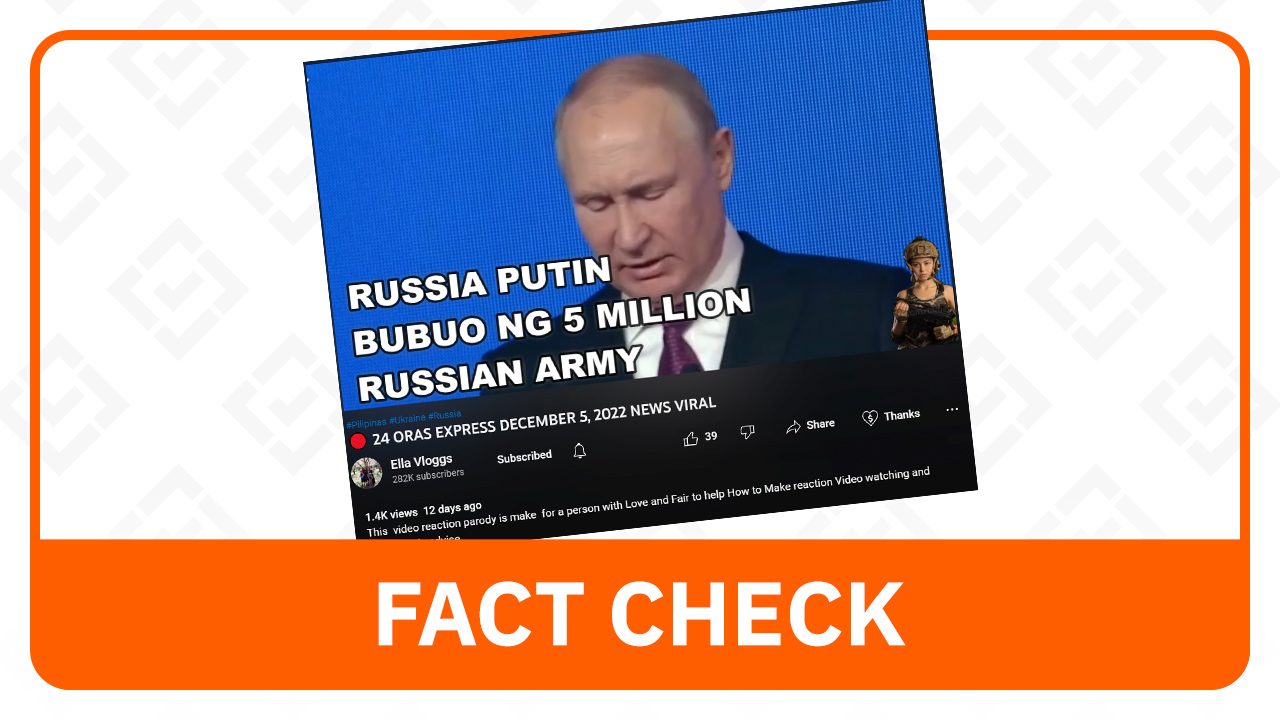 Facebook Twitter Copy URL
Copied
Of the Russian armed forces' 2.04 million personnel, only half are for combat

Why we fact-checked this: The YouTube video containing the claim has over 1,400 views as of writing.

The actual number: The Russian government made no announcements it will expand Russia’s armed forces to 5 million troops.

However, of the Russian armed forces’ 2.04 million personnel, only half are combat personnel.

With the addition of newly-added troops from Putin’s recently signed decree, the total number of combat personnel in Russia’s armed forces will be 1.15 million. – Lorenz Pasion/Rappler.com