This is false. Vice Ganda’s supposed appearance on TV Patrol, which was cited by the website as a source, is non-existent.

The article had no publication date, but it said that Vice Ganda appeared “last week” on TV Patrol to “announce a new wealth loophole which he says can transform anyone into a millionaire within 3 to 4 months.”

Although Vice Ganda was mentioned multiple times in the TV Patrol newscasts in the whole month of November, the celebrity never appeared as a guest to endorse a bitcoin product as claimed in the article.

All newscasts of TV Patrol are available on ABS-CBN’s official YouTube channel. The network stopped its TV broadcasts and moved its news programs online after the National Telecommunications Commission ordered the network to stop its operations on May 5. 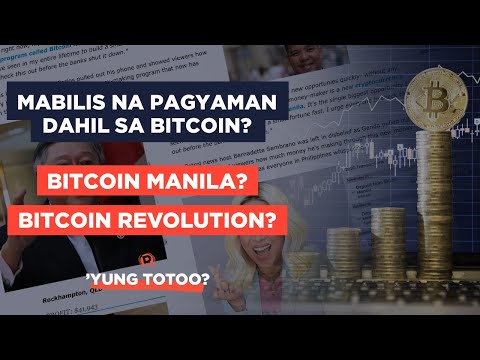 The Department of Finance has repeatedly warned the public against fraudulent investment ploys that use the names of prominent figures in the country.

Two readers sent the link to the dubious article to Rappler for verification. – Pauline Macaraeg/Rappler.com