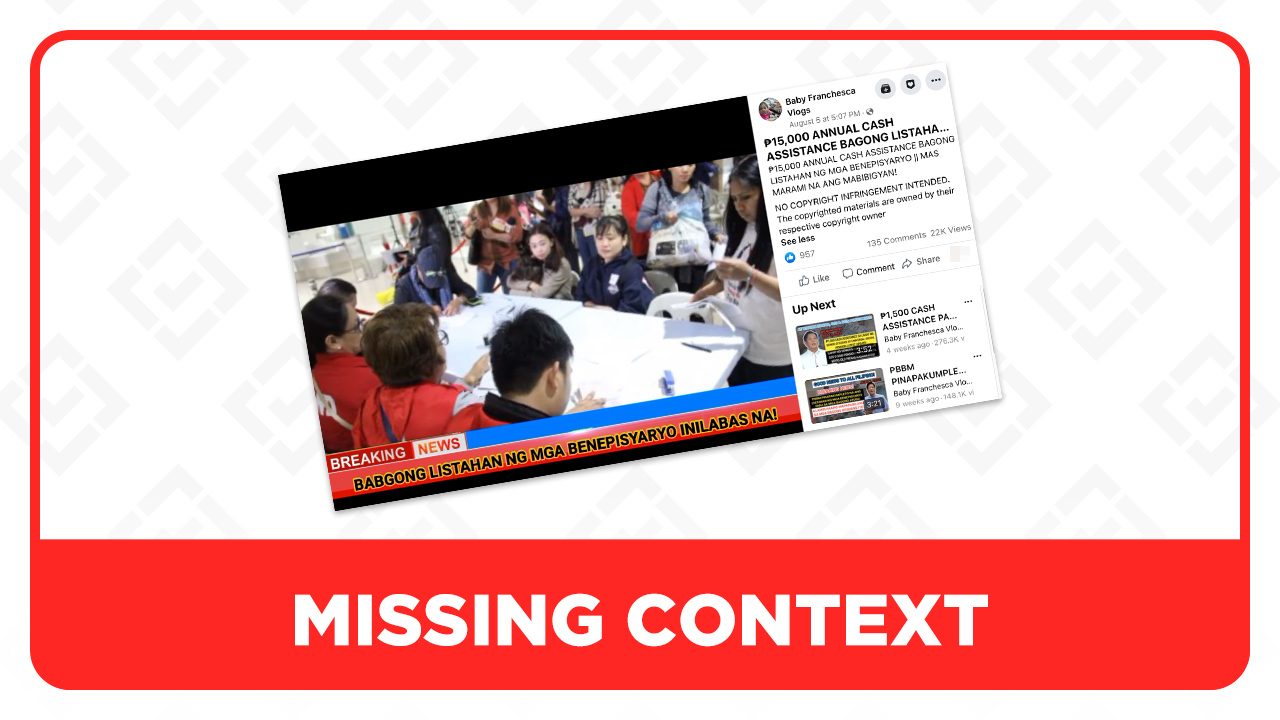 Claim: The Department of Social Welfare and Development (DSWD) has released the list of a new batch of cash assistance beneficiaries.

The bottom line: On August 1, the Department of Social Welfare and Development (DSWD) released the initial results of Listahanan 3, a nationwide household assessment conducted by the National Household Targeting Office (NHTO) aimed at identifying “poor” households through scientific means.

Only the basis: Results of the Listahanan 3 serve as basis for identifying potential beneficiaries of different social protection programs and services nationwide, including the Pantawid Pamilyang Pilipino Program (4Ps), among others. Those on the list are not automatic beneficiaries.

As mentioned in a press release, as of December 2021, the Listahanan 3 database was able to identify 5,599,091 poor households for inclusion from the 15,487,655 total households assessed. However, Tulfo clarified that not everyone on the list will be included as beneficiaries because the number of families that can be accommodated will depend on the budget.

Importance of the list: Apart from identifying the potential beneficiaries of services, the list is also used to study what appropriate programs are needed for poor families.

NHTO Director Andrew Ambubuyog, during the said event, enumerated the following programs the department has launched in the past years in accordance with data gathered by the Listahanan: