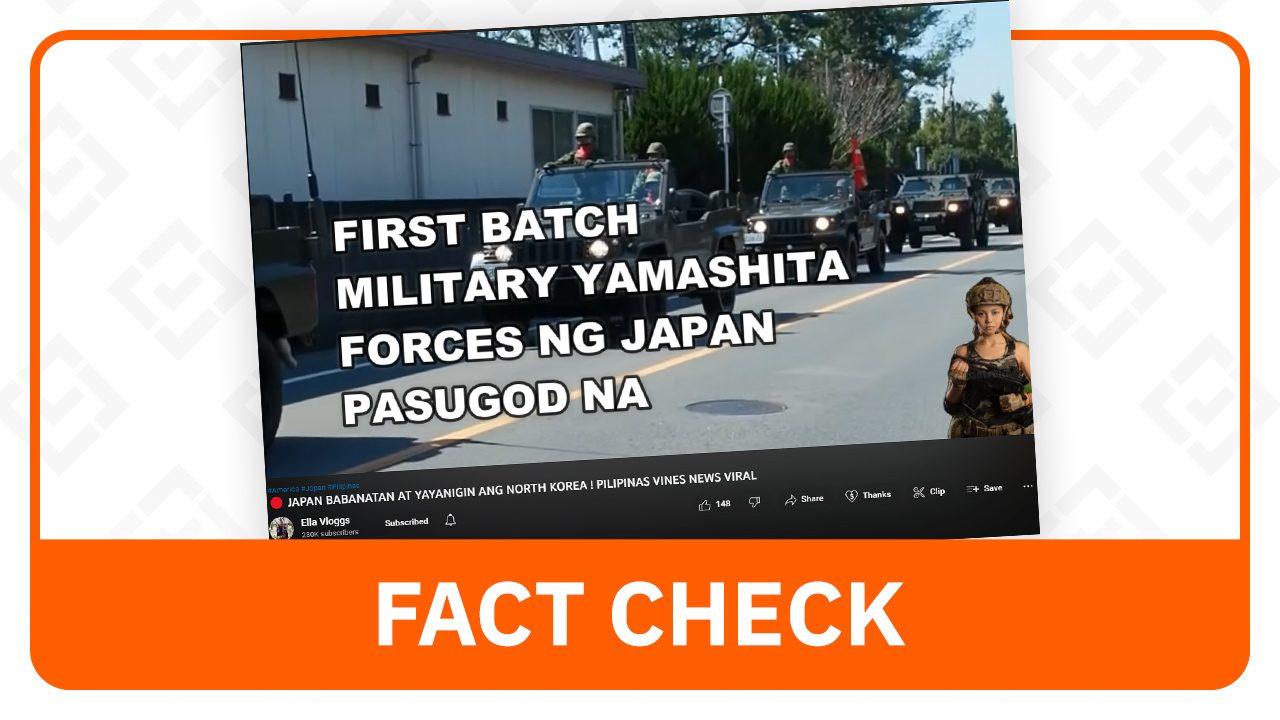 Claim: A video shows the first batch of “Japan Military Special Yamashita Forces” on the way to attack North Korea.

Why we fact-checked this: The YouTube video containing the claim has over 2,822 views as of writing.

Taken in 2015: A reverse image search shows that the video clip was first posted by YouTube channel 雅 on October 4, 2015.

According to Google Translate, the English translation of the title of the original video is “Ground Self-Defense Force Western Army 60th Anniversary Commemorative Event Parade.”

No reports of a Japanese attack: There have been no reports from the Japanese government and mainstream media that say Japan deployed ground forces to attack North Korea.

According to a Japan Times article published on November 18, 2022, Japan’s Air Self-Defense Force and the US military conducted joint exercises over the Sea of Japan as an immediate response to North Korea’s launching of missiles.

Japan is currently enhancing its ballistic missile defense (BMD) using weapons the country jointly developed with the United States, according to another Japan Times article published on November 24, 2022. – Lorenz Pasion/Rappler.com