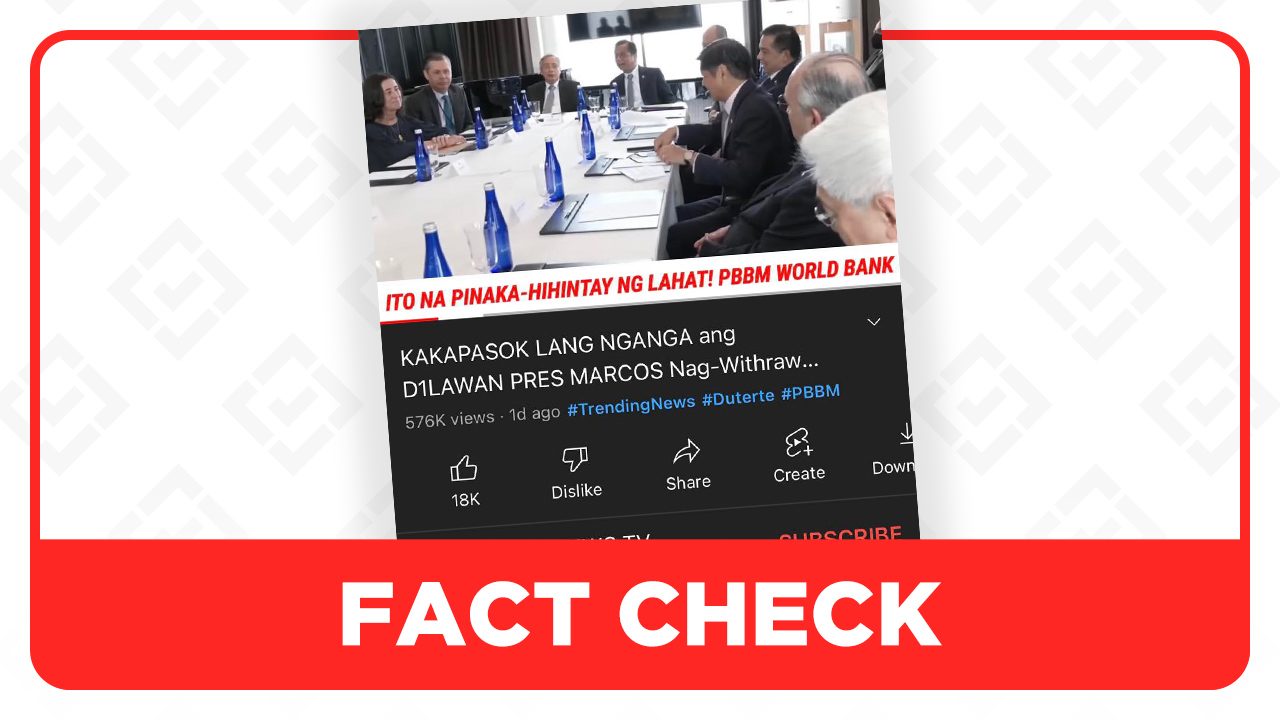 The bottom line: Statements by both Press Secretary Trixie Cruz-Angeles and President Ferdinand Marcos Jr. about the meeting with World Bank officials did not mention anything about Marcos’ supposed gold reserves.

What was discussed? According to a Philippine News Agency article published on September 23, 2022, Cruz-Angeles said that Marcos discussed how to align the World Bank’s plans with his priority sector, including:

Not in official posts: The meeting was also posted on Marcos’ official Facebook page and Twitter account but the posts did not mention anything about Marcos’ supposed gold. In both posts, Marcos thanked the World Bank for its support for the Philippines.

Not credible: The video with the claim cited an individual named Karen Hudes as a lawyer of the World Bank who confirmed the supposed existence of the Marcos gold. However, according to a World Bank statement in 2014, Hudes is “in no capacity authorized to represent any arm of the World Bank Group” and her claims are “false and should not be viewed as credible.”

No interest for gold reserves: According to Forbes, gold reserves do not earn compound interest and cannot be used as a passive and steady source of income. The World Gold Council (WGC) said that gold investment is reliant on gold return price, which is defined as the current price of gold driven by structural changes – market demand, the demand of central banks, market risks, market growth, and monetary policy. The WGC said that the gold return price had grown by 7.72% since January 1971.

What is the World Bank? The World Bank Group essentially works with countries or governments rather than individual persons. According to its website: it “works in every major area of development,” providing an array of “financial products and technical assistance, helping countries share and apply innovative knowledge and solutions to the challenges they face.” – Lorenz Pasion/Rappler.com