Drug war in 2017: The year of deaths and denials

Dec 19, 2017 11:00 AM PHT
Jodesz Gavilan
Facebook Twitter Copy URL
Copied
Official data shows that 3,993 people were killed in police operations, yet the Duterte administration refuses to tag them as extrajudicial killings. Human rights organizations say the world will not be fooled.

MANILA, Philippines – It’s been a news cycle of deaths and denials in 2017.

Practically every day for the most part of the year, TV footage, online posts, and newspaper photos showed blood and grief as policemen raided poor villages and shanties to implement the Duterte administration’s war on drugs. (READ: The Impunity Series)

Despite official data and eyewitness accounts, the government has repeatedly denied that the dead are victims of extrajudicial killings.

This state of denial has come in many forms, such as official declarations – like the one made before the Universal Periodic Review (UPR) in September – that the deaths from police operations “are not extrajudicial killings”; the rejection of calls by United Nations member-states to conduct a thorough and impartial probe; and the intimidation of local and foreign human rights advocates.

At the slightest hint of intending to investigate the drug war, international organizations and personalities were demonized by President Rodrigo Duterte. He cursed and threatened to slap United Nations Special Rapporteur Agnes Callamard and warned to put on the immigration blacklist US lawmakers who have been pushing for an independent probe into alleged police abuses.

The government also declared it would reject aid from nations that have expressed concern over the killings.

Parallel to these frontal attacks were diplomatic efforts made by Duterte’s advisers, such as Foreign Affairs Secretary Alan Peter Cayetano and Presidential Spokesperson Harry Roque.

Before state-parties to the International Criminal Court (ICC), where a Filipino lawyer filed a “communication” against Duterte, Roque said that the administration would “reassess” its commitment to it should the court violate the principle of complementarity enshrined in its founding treaty. (The principle requires the ICC to step in only if it’s been proven that a concerned country has not been willing to act on the issues hurled against it.) 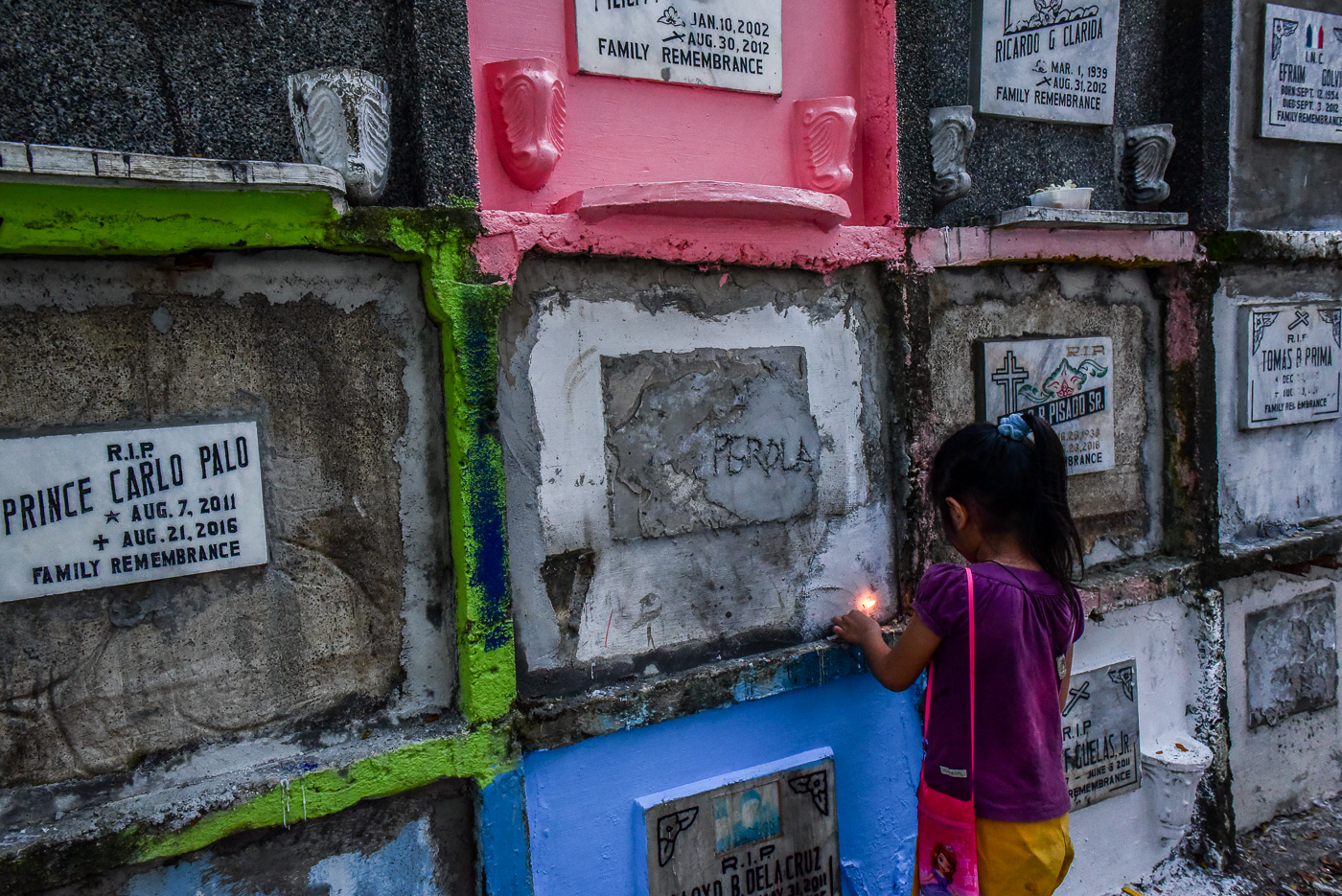 Ellecer Carlos of the In Defense of Human Rights and Dignity Movement (iDEFEND) said the administration’s dismissal of any human rights probe is proof that it won’t “accept any interference.” But this has consequences, he said.

Carlos noted that aid-giving states have “considerations that will always depend on how the government treats its most vulnerable, how it respects, protects and fulfills human rights.” He added, “There will be states which may now think twice about providing support to the Philippine National Police because they know that the funding will just go to waste.”

As signatory to various international human rights treaties, the government is “duty-bound” to follow the guidelines and implement appropriate measures to investigate and prosecute those responsible, he said.

Non-acceptance of the criticisms and recommendations by other countries regarding the human rights situation “does not relieve the government at all of its obligations and accountability before the community of nations,” according to lawyer Perfecto Caparas.

“At all times, government remains to be the duty-bearer primarily responsible to respect, protect and fulfill all the economic, social, cultural, civil and political rights of all people, who are the rights-holders,” he added.

No to executive branch’s investigation

Human rights groups and advocates said the situation calls for investigation by parties outside the executive branch of government. (READ: Supreme Court asked to order probe into all EJK cases)

Yet, the local constitutional body tasked to protect human rights and prevent its abuse, has also been emasculated. The Commission on Human Rights is barred from accessing important legal documents such as case folders of drug war deaths.

Outside the Philippines, the UN has various mechanisms and tools to hold countries and leaders accountable.

The UN Human Rights Council can unilaterally begin its own investigation of the reported extrajudicial killings here, according to John Fisher, director of Human Rights Watch Geneva, citing the example of Myanmar and the prosecution of the Rohingya Muslims there.

He expressed the hope that the government would eventually cooperate with an international team – should the time come. (READ: No extrajudicial killings in PH? World ‘not fooled,’ says HRW)

“If the government claims that they are not doing anything, why would they not want to cooperate?” Fisher said. “The fact that they have been so resistant to independent scrutiny suggests that they are well aware that the killings of the so-called war on drugs are in violation of international standards and that in fact don’t want what’s happening to come to life,” he added.

What local groups can do 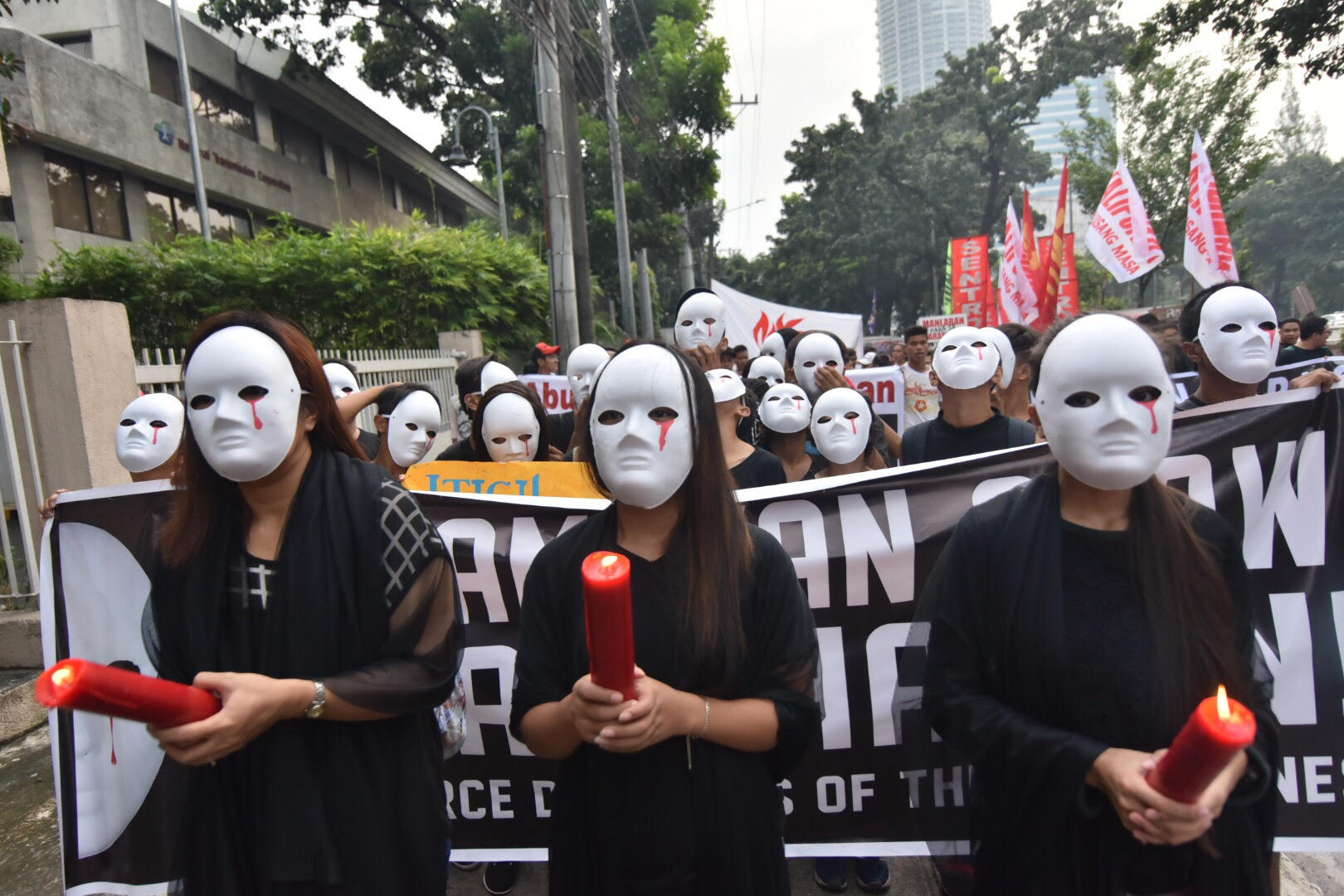 Carlos said that any move by UN agencies and experts is “very dependent” on the activities of human rights groups in the Philippines. (READ: ‘Demonizing’ human rights in the first year of Duterte)

These local groups have been the center of Duterte’s tirades. He has threatened to shoot advocates if they “obstruct justice” even as rabid supporters called for their death. “The government fostered systemic impunity and engendered routine disregard for the rule of law makes the work for human rights defenders very challenging and risky,” Carlos said.

While it is a tiring and taxing battle, the human rights campaign compels groups involved to exhaust all legall means to exact accountability from public institutions and officials.

If these means are exhausted and impunity persists, then this would be a “key requirement for various international mechanisms to kick in,” Carlos said.

One example of an international mechanism is the ICC, which can try Duterte over crimes against humanity or “serious violations committed as part of a large-scale attack against any civilian population.”

In April 2017, lawyer Jude Sabio filed with the ICC a 78-page “communication” entitled, “The Situation of Mass Murder in the Philippines, Rodrigo Duterte: The Mass Murderer.” Additional documents were filed by Senator Antonio Trillanes IV and Magdalo Representative Gary Alejano.

The filing is just the first step as  the Office of the Prosecutor still has to decide whether the complaint has basis. (READ: What challenges will complaint vs Duterte face before ICC?)

But the “decisive arena” of the human rights struggle is in the domestic front, Caparas stressed. “Surely, our people will continue defending the democratic space we still have at the moment,” he said. – Rappler.com