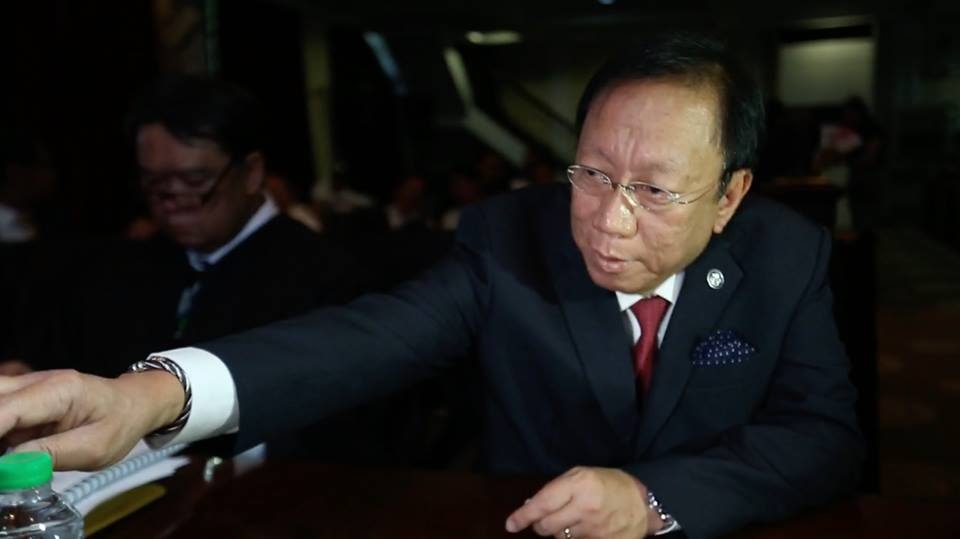 MANILA, Philippines – The House of Representatives awarded two contracts worth P96 million in 2017 to the security firm of Solicitor General Jose Calida, according to the notices of awards accessed by Rappler.

A more thorough search on the public database Philippine Government Electronic Procurement System (Philgeps) also showed two additional contracts awarded to Calida’s Vigilant Investigative and Security Agency Incorporated by the Philippine Amusement and Gaming Corporation or Pagcor in 2017. These two contracts were worth a total of P14.3 million.

Adding the latest we have found in the government database, the number of Vigilant’s government contracts since after Calida took office July 2016 is now at 14, with a total worth of P261.39 million.

Here are Vigilant’s contracts with government agencies so far:

Rappler found the first 10 contracts when it searched for Vigilant on Philgeps. Rappler had to check individual pages of government agencies to find the additional 4.

Since the issue of possible conflict of interest broke out, Calida’s camp had sent two statements: one addressing the government contracts from NPDC, which were earlier reported, and the latest one on Monday night, May 28, addressing the 10 contracts which were reported by Rappler.

Vigilant, where Calida is a majority shareholder, earned the first security contract with the House of Representatives in January 2017. It was worth P42.45 million, for “private security services” lasting a year. It was won through public bidding, by being the lowest calculated responsive bid.

In December 2017, Vigilant won another contract with the lower house, this time worth P53.7 million. It was a one-year contract for “security services for the House of Representatives” for 2018.

The December 2017 House contract was signed by Calida’s wife Milagros. Calida had earlier defended that his resignation as chairman and president of Vigilant before he became solicitor general rids the deals of any conflict of interest.

Calida still owns 60% of shares, while the rest is evenly spread out among his wife and their 3 children.

In May 2017, Vigilant bagged an P8.5-million contract lasting 3 years to provide security for the Pagcor’s Satellite Operations Group or SOG 4.

In July 2017, Vigilant bagged another P5.8-million contract from Pagcor for the security of SOG 3, also lasting 3 years. Both of Pagcor’s contracts were won through public bidding by being the single calculated responsive bid.

Justice Secretary Menardo Guevarra said on Tuesday, May 29, that he does not see the need to investigate Calida’s contracts with the DOJ. The OSG is an attached agency to the DOJ when it comes to budget.

“There’s no challenge to the validity of the contract. So there’s no need to investigate or review,” Guevarra said.

Guevarra added: “The issue revolves around the Solgen being a shareholder of a private security agency. That ownership issue has no direct bearing on the validity of the contract.”

In his earlier statement, Calida said there is no conflict of interest in his firm bagging DOJ contracts because the Office of the Solicitor General (OSG) is “independent and autonomous” except only when it comes to budget, which the DOJ prepares for them.

Calida also said earlier that the Code of Conduct for Public Officials requires that he resigns or divests, but not both.

Calida added that the anti-graft law also does not prohibit his firm’s government contract, saying that, under the Constitution, only members of the Cabinet are prohibited from having financial interest in government transactions.

“Although he is conferred Cabinet rank by RA 9417 and is invited to Cabinet meetings by the President, he does not head an executive department and his appointment, unlike those of Cabinet members, did not require Commission on Appointments confirmation,” the statement said.

A complaint against Calida over Vigilant’s government contracts has been filed by a private citizen with the Office of the Ombudsman. Opposition lawmakers have called for his resignation. – Rappler.com