Valenzuela City’s pandemic response: ‘Everything has to happen now’

Jun 28, 2020 11:25 AM PHT
Jodesz Gavilan
Facebook Twitter Copy URL
Copied
Mayor Rex Gatchalian says, ‘If we can do it ourselves, do it on our own, it’s the most helpful thing we can do for the national government’

MANILA, Philippines – When the coronavirus outbreak started, Grace Almazan was understandably worried. She is 62, a senior citizen, and therefore among the sectors most vulnerable to the virus. The lockdown would have her and most of the estimated 638,414 Valenzuelanos stuck in their houses, their daily routines disrupted.

Still, being a resident of Valenzuela City in the northern end of Metro Manila for 50 years now, she considered herself lucky. She said she didn’t have to demand anything from the local government – it just stepped in almost immediately.

During the lockdown, Grace said, she received 4 food packs: two from her barangay and two from the city government. She expects to receive another pack by end of June as part of the local government’s program for its 57,000 senior citizens.

Government workers went house to house to give food stubs. Details were clear, the process was smooth.

(We didn’t have a problem because they were so supportive, and they treat us like we’re family. It’s really heartwarming that we’re like family, that they take care of us.) 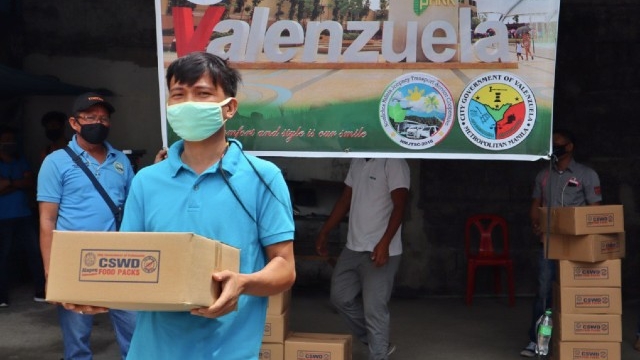 No one goes hungry

The continuing quick response in Valenzuela stood out after another city in northern Metro Manila hit the headlines following the arrests of poor residents asking for food assistance. On April 1, despite lockdown orders, residents of Sitio San Roque in Quezon City went out of their homes to ask for food aid. They had been stuck in their homes for 15 days, yet no assistance had arrived in their barangay.

But mass gatherings weren’t allowed during the enhanced community quarantine (ECQ), so cops came to the scene and arrested many of the residents. It was only after that the city government went to the area and delivered food aid.

What happened to the residents of Sitio San Roque mirrored the frustrations among poor communities in some parts of the National Capital Region. They were left with no livelihood and no support from the officials who promised to look after them. (READ: ‘Walang wala na’: Poor Filipinos fear death from hunger more than coronavirus)

In Valenzuela City, when the ECQ was announced, Mayor Rex Gatchalian said they knew best to target first the poor communities, those whose lives were upended the most by the pandemic.

The city government started distributing food packs as early as March 23. During the first wave, from March 23 to April 5, they distributed 110,000 food packs to the “poor, nearest to the poor, and poorest of the poor” families.

“We had to immediately target those who would go hungry immediately,” he told Rappler in an interview.

In April, the city also partnered with a local hotel to house homeless people.

When the lockdown was extended, Gatchalian said it was necessary to also assist the middle class as well as the workers who were stranded in the many factories in the city.

“We realized that families from the middle class, especially the lower middle class, were starting to feel the pinch already,” he said. “They were rummaging through their life savings already, so we opted to include them in the food packs.”

Over 3 waves, the Valenzuela government distributed 581,901 food packs, with every household in the city having been given at least one food pack.

In the coming weeks, the local government will focus its food aid on more vulnerable sectors, like senior citizens and children, and those still reeling from job losses, like jeepney drivers.

The food assistance was different from the financial subsidy given by the national government, which was marred with delays. (READ: In limbo: Poor families still await subsidies during coronavirus lockdown)

Gatchalian said they believe it is best to be “equitable.”

“Given that the national government is already spending by giving people cash subsidy, the local government decided that food on the table is our main objective,” he said. “Nobody goes hungry, that’s why we kept on focusing on food and nutrition, to provide food for every Valenzuelano family.” 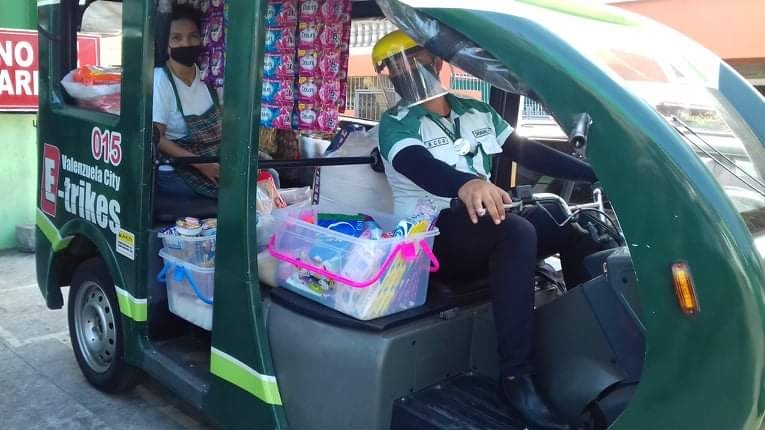 Crowds and long lines in public markets proved to be a challenge in the city during the first few weeks of the lockdown.

Gatchalian sought to address this problem by rolling out mobile palengkes (public market). E-trikes, filled to the brim with goods from the market, ply through the narrow roads in neighborhoods across the city. One does not need to step out of the house to buy anything, from laundry detergents to vegetables.

But this idea wasn’t originally Gatchalian’s, and he isn’t ashamed to admit this. On Twitter, the Valenzuela mayor tagged Pasig City Mayor Vico Sotto to thank him for the concept, adding that Valenzuela tweaked it a little to adapt to the city’s narrow streets. (READ: #KopyahanNaTo: Valenzuela replicates Pasig’s mobile palengke)

Solid 'to! I will show the team who designed ours.. it will be a big morale booster for them!!

In return, Sotto said Pasig had also replicated some of Valenzuela’s best practices, like how the local government handled food rationing.

When asked about this, Gatchalian said it is important to remember that, in a health emergency like a pandemic, “everything has to happen now.”

Conceptualizing from the drawing board is good, he said, but copying program is a good practice, especially when you’re racing against time.

“I don’t have any qualms because if it’s a good idea, it’s already been tested, and it worked, why do I have to change the wind, especially when I’m running against time?” the Valenzuela mayor said.

This move earned him huge praises, especially online, where Twitter users monitored his interaction with the young mayor of Pasig. It was a rare sight for a Philippine politician to do such a thing, many said.

Replicating other local governments’ best practices should not be frowned upon, especially if the policy or program has been tried and tested. One can only do so much within a mayor’s 3-year term, Gatchalian explained. If a project works, why not apply it in one’s own city?

“Even in a non-pandemic time, I’m not ashamed to say that you should try to co-opt good ideas, especially good government ideas,” Gatchalian said. “There’s no exclusivity when it comes to good governance.” 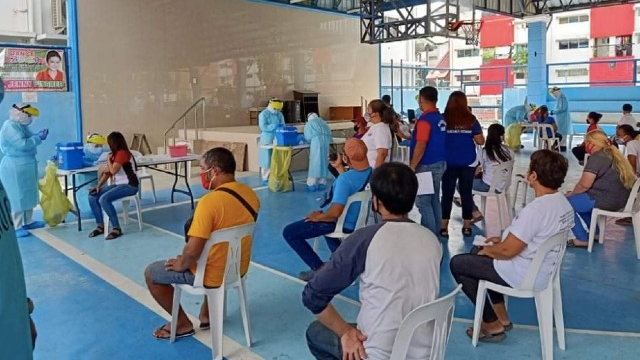 Valenzuela City is also the first local government to conduct localized targeted mass testing amid problems faced by the national government. (READ: How poor is PH health system? Many hospitals not qualified to test for coronavirus)

The local government partnered with at least 4 private laboratories to test its residents, starting with people suspected to have coronavirus, and the vulnerable sectors, such as frontliners and government workers. The city is now building a city-owned laboratory.

“In Valenzuela we always believed that if we can do it ourselves, do it on our own, it’s the most helpful thing we can do for the national government,” Gatchalian said.

The local government decided to take action because the samples sent to laboratories under the Department of Health took two weeks to process. With city having arrangements with other laboratories, residents can have their results in 2 to 3 days.

“What drove us was, we were getting frustrated kasi ang tagal bumalik ng results (the results took too long),” the mayor said. “The important thing here is testing is not hampered because of lack of physical facilities.”

From April 11 to June 26, the laboratories Valenzuela City partnered with released 7,293 results. Out of this number, there were 504 positive cases and 6,789 negative.

The immediate release of results would mean decreased anxiety for residents and fast contact tracing in the event of a positive case. Because of this, Gatchalian said they have not resorted to locking down communities and instead focused on isolating patients.

Several barangays in various cities in and outside Metro Manila have been placed under different versions of lockdowns. There were the “special concern lockdown” in Quezon City and “total lockdown” in Manila, among others.

“Why would you hamper an entire community’s economic community and way of life if I can extract 3 persons who are positive and those persons are put in isolation?” he said. We don’t want to isolate the entire community but rather the positive person.”

The local government is also working towards isolating and testing its repatriated overseas Filipino workers, instead of letting them wait for a long time in facilities run by the national government agencies. (READ: OFWs struggle through prolonged quarantine in gov’t ‘VIP treatment’)

The local government of Valenzuela aims to make adjustments to post-lockdown less difficult for its residents. Their approach is one of “looking at solutions and not problems,” the mayor said.

“There are so many avenues that we can foresee will be viable solutions to problems,” Gatchalian said. “All we have to do is enable that through a framework that the government can provide.” – Rappler.com