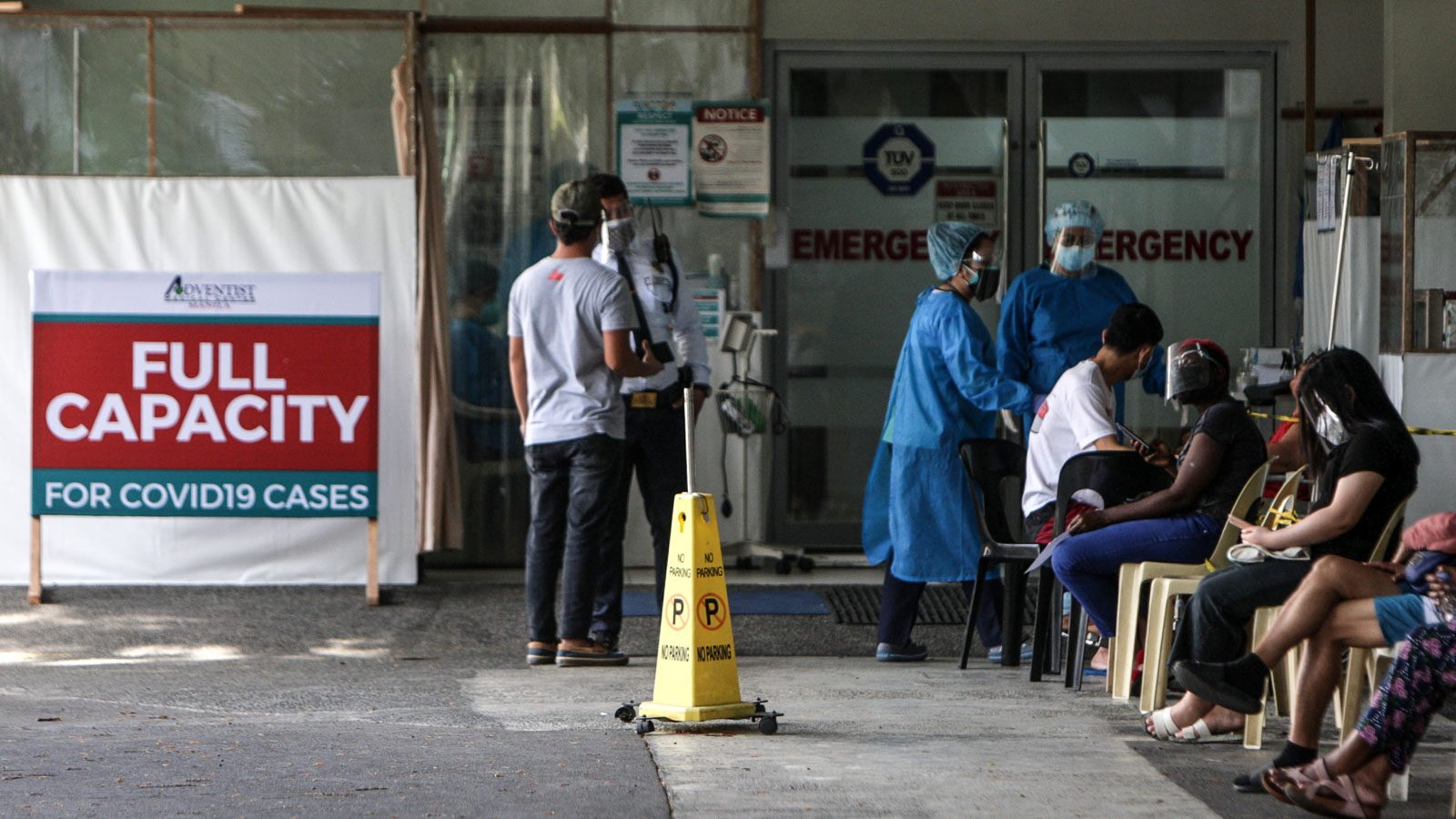 DEADLY PANDEMIC. A sign indicating that the COVID-19 facility of the Advestist Medical Center in Manila is at full capacity on March 30, 2021, as the country recently logged an all time high of 10,016 new cases.

Facebook Twitter Copy URL
Copied
Proponents of anti-parasitic drug Ivermectin demand the choice to prescribe and take the unproven treatment against COVID-19. As unregistered products flourish, who should be held responsible?

For hours, the messages poured into chat boxes and comment sections, each one more impassioned than the one before it. “Ivermectin is the last hope we have right now,” one Facebook user said. “Ivermectin, not vaccines!” claimed another.

So fierce has the debate been on the anti-parasitic drug that arguments either for or against it have stormed social media feeds on Twitter and Facebook – prompting angry comments, long status posts, flooded Zoom meeting rooms, and hundreds of chain texts on messaging platforms.

Driven by an overload of information and conflicting statements, the Ivermectin debate has even spurred heated exchange and concern in the realm of family messaging groups.

But the reality is scientific evidence for Ivermectin’s efficacy against COVID-19 remains thin, while more well-controlled trials have yet to finish. It’s with these limits that several medical experts have called for sobriety on the Ivermectin debate, reminding the public that while the drug is worth studying, it has not been proven to work yet.

In between the waiting, doctors likewise reminded the public of an important responsibility each of them should take to heart: to first, “do no harm.”

“Let’s keep the facts real. Let’s make sure that we follow regulatory science because while we aim for one purpose and we want to find a cure and to heal, we remember also one thing – and that important thing is primum non nocere as physicians. To first, do no harm,” said Dr Benjamin Co, a specialist in infectious diseases and clinical pharmacology, during a recent forum on Ivermectin hosted by the Philippine-American Academy of Science and Engineering. For many who consider Ivermectin as a promising treatment, the personal accounts of those who have taken the drug and gotten better from the disease have served as potent reason to consider taking it.

But as Dr Jacinto Mantaring, chair of the University of the Philippines (UP) and Department of Health’s research ethics board, said, hearing of one or even several persons who recovered from COVID-19 after taking a drug is not enough to recommend its use on entire populations.

Mantaring, who also chairs the UP College of Medicine’s Department of Clinical Epidemiology, pointed out many factors can influence outcomes in patients, including other treatments they take as interventions for a disease, dosage of medicines, lifestyle, and various socio-economic factors as well.

Such factors, he said, underscores the need for well-controlled and designed trials to determine and produce sound evidence on whether a drug, including Ivermectin, might work to treat coronavirus patients.

During the forum, Mantaring and Co both declared they were not representing any group and interests in companies that sell or manufacture products related to the management of COVID-19.

Mantaring reviewed 11 trials that studied Ivermectin as a potential treatment for COVID-19, all of which have so far failed to produce evidence needed to suggest the drug as a treatment.

From trials reviewed, Mantaring said studies that looked at clearance of the COVID-19 virus in patients showed conflicting results, while none of the studies with good clinical outcomes in patients given the drug so far showed clinical or significant findings. Other completed studies were likewise of poor quality.

But with about 80 other ongoing trials for the drug, Mantaring said that while current evidence is still lacking, he had chosen to reserve judgement on Ivermectin until more studies were completed.

“Personally, I believe that the evidence is still lacking,” he said, adding, “I don’t think we should pass judgement. We’re all limited by what information gets to us. The results of these trials – that’s a moving target.”

“The results of the ongoing trials come out in a month or two months and I will look at the evidence, and I can change my mind because what I am giving now is my opinion based on what I have actually read,” Mantaring said.

“The evidence is my witness,” he added.

While there was still not enough evidence to recommend Ivermectin as an effective treatment, this has not stopped some doctors from dispensing the drug to patients to treat COVID-19.

During a hearing of the House of Representatives’ health panel, Dr Allan Landrito – the most popular proponent for Ivermectin as COVID-19 treatment in the Philippines – said he made Ivermectin pills on his own and sold thousands of bottles across the country.

“I compounded it myself. I had bought pure Ivermectin from an importer and compounded it myself and gave it to my patients,” he told lawmakers, adding he compounded the pills with “an inert ingredient,” one of which included dextrose, which is a type of sugar that comes from corn.

Landrito, who recently resigned from the Muntinlupa health department,  made the pills on his own since there is no registered Ivermectin available for human use in the Philippines. What is available in the country is a version formulated for pets and other animals and a topical cream used to treat head lice and skin conditions such as rosacea in humans.

Such incidents were partly why Ivermectin has become so controversial in the Philippines, Co said. While thousands seek the drug to treat or protect themselves against COVID-19, the public should also understand that there are yet unmet standards in making a drug. This is why medicines and other products were regulated by the FDA, Co added.

“When you look at the pharmacology and drug manufacturing, there is a need to consider the final preparation. You cannot just put raw materials and compound it, put it inside a capsule, and take it,” Co said.

For medicines to serve their purpose, its final form should be one that is manufactured and compounded properly; otherwise it has no use.

“When you absorb a drug, goes to the stomach and if there is no proper exepient added, where will it go? It just gets destroyed there so you are not taking any other drug for that matter,” Co said. He stressed this is why it was important for medicines, among other products, to be registered with the FDA before it is put out in the market.

“Ethics dictates that when you make a patient choose – you offer what is legitimately available in the market. Not one you made in the kitchen,” Co told Rappler in a follow-up interview.

Landrito said he stopped distributing his self-made pills and applied with the FDA to be a trader for Ivermectin. He said he didn’t apply for a compassionate special permit (CSP) for the proper formulation of Ivermectin to be used as he “cannot have the scope of time to apply [for] any of those permits” during a pandemic where thousands wanted treatment.

A CSP is one way for legitimate formulations of Ivermectin to be used in the country, aside from clinical trials or emergency use. 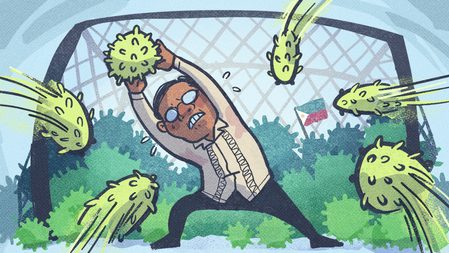 In advocating for Ivermectin, many medical professionals and private proponents – including several lawmakers in the Senate and House, as well as business groups, argue that patients and doctors should be given the choice whether to take the drug for COVID-19 treatment.

Former health secretary Manuel Dayrit, who moderated the recent PAASE forum, said the fierce debate over Ivermectin reflected that “to great extent this is about choice, and choice of people in a pandemic where people can become really desperate and if there is just a flicker of hope for something then people might take that choice.”

Still, both safety of the drug and following legal procedures to facilitate its use should be followed.

“There are legal processes that we have to respect and therefore we can’t just go off our merry way and violate these processes because there can be consequences,” Dayrit said.

Many have argued that there is little risk in taking Ivermectin as safety issues on the use of the drug for parasitic infections are few.

But the FDA, Department of Health, World Health Organization, and several Philippine medical societies warned that taking any drug for an unapproved use can dangerous. This is true for Ivermectin, too.

As illustrated in the many ongoing trials that seek to study Ivermectin as a potential treatment, proper dosage of the drug is still unknown.

“We know that you will need to use the drug at higher doses. But how high a dose should you use? No one knows. That is why all the clinical trials show different doses for different trials,” Co said.

The US FDA warned that “even the levels of Ivermectin for approved uses can interact with other medications, like blood-thinners.” One can also overdose on the medicine, which can cause side effects from  nausea, vomiting, diarrhea, and hypotension, to allergic reactions, dizziness, seizures, and comas, among others.

WHO Representative to the Philippines Dr Rabindra Abeyasinghe earlier said giving Ivermectin to patients as a COVID-19 treatment while the drug was still unproven is harmful as it could create a false sense of confidence in people and leave them vulnerable to getting sick.

“If we can do clinical trials, our position is that there’s still room to look for that evidence, and then we are in [a] better position to decide on Ivermectin,” he said. The US National Institute of Health shares that view, saying thatthere was still not enough evidence “to recommend either for or against” using the drug in COVID-19 patients.

Beyond the physical side effects, Co said there were also safety issues to consider in how it could impact the virus. “Will the drug potentially be a driver for variants eventually similar to the misuse and abuse of antibiotics where drug resistance occurs because it is used left and right for even a petty cold?”

He added: “It’s not just a side effect physically. It’s a side effect that the misuse and abuse may potentially create more variants as the virus also mutates to survive.” – Rappler.com