INSIDE STORY: SC justices pressure Sereno to go on leave 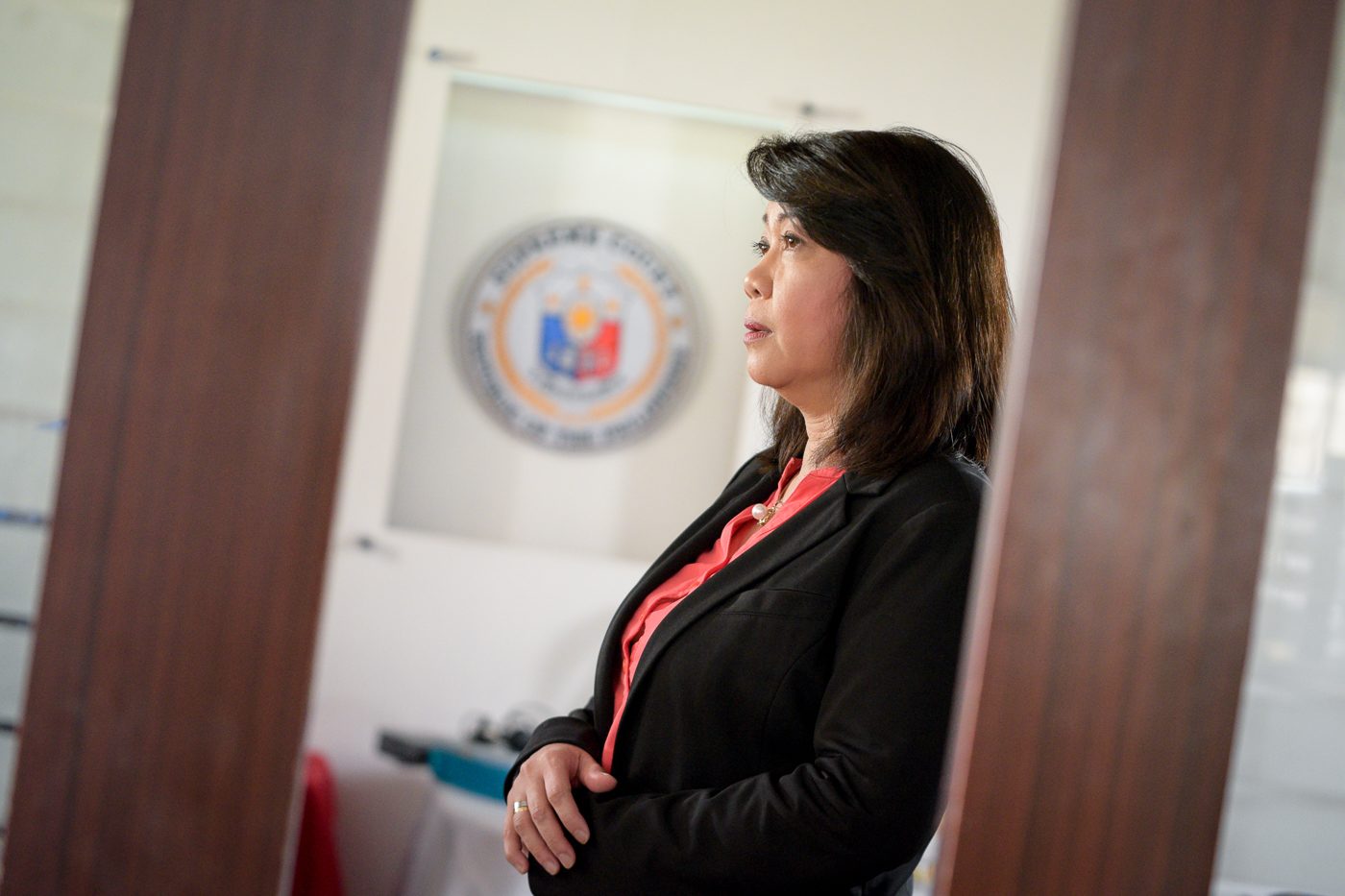 Facebook Twitter Copy URL
Copied
Had voting taken place, insiders say, 'at least 8 justices' would have voted for Sereno to take a leave

On Monday night, February 26, Chief Justice Maria Lourdes Sereno’s team huddled for an emergency meeting. They were expecting something to erupt the following day, when justices were scheduled to meet for their weekly en banc session.

Speculations went wild, with some independent sources with insider contacts at the Supreme Court saying they heard Monday night that justices would be declaring the chief justice post vacant.

“Is this constitutional? Is this allowed under the rules? Who could be behind this move? Do they have the numbers?” came the questions.

Word about the brewing mutiny quickly spread and reached the Sereno team. A source close to them said they did not believe something so drastic would get the majority votes of the en banc. After all, it would render the institution more vulnerable.

Rappler learned that during the en banc, one justice made a motion for Sereno to take a leave of absence until the end of the impeachment proceedings. It was seconded by another. Perhaps sensing she did not have the numbers, the Chief Justice did not call for a vote.

This left the magistrates arguing for close to two hours, until Sereno herself asked for a 10-minute break. She refused what the justices were asking of her but eventually relented.

After the brief recess, she announced to the en banc that she would take an “indefinite leave of absence” starting Thursday, March 1. This ended the meeting.

Had voting taken place, insiders said “at least 8 justices” would have voted for Sereno to take a leave.

One source told Rappler that one justice made a demand that she resign. A heated moment during the session came when a justice dared Sereno for both of them to resign. The resignation call did not prosper as it did not appear to have the support of the majority.

At past noon Tuesday, February 27, the media got wind of news about Sereno’s leave and promptly reported it.

Sereno’s spokesperson, lawyer Jojo Lacanilao, however, announced at the House of Representatives – where the justice committee was conducting its last hearing on the impeachment complaint against the Chief Justice – that Sereno was merely taking her “wellness leave” earlier than scheduled.

Her wellness leave was originally set for March 12-23.

Committee chairman Representative Reynaldo Umali even announced the “wellness leave” during the hearing, until his own sources corrected him.

A visibly miffed Umali said, “There is a continuing pattern of lies and deception that this committee would not want to undergo. Again, ewan ko, di ko maintindihan kung bakit ganito. We will address this sa mga psychriatrist, psychologist…bakit ganito…parang panlilinlang eh.”

An SC insider said the en banc will likely take up next Tuesday, March 6, the announcement from Sereno’s team that she was merely taking a wellness leave – contrary to what she told the en banc herself. (READ: Sereno tries to balance self-defense, healing wounds in SC)

The en banc has asked Sereno to explain to them the issue of alleged missing Statements of Assets, Liabilities, and Net Worth (SALNs), which is the basis of the Volunteers Against Crime and Corruption (VACC) for pushing for the nullification of Sereno’s appointment as chief justice in 2012.

The worst case scenario for the Sereno camp – declaring the chief justice post vacant – did not happen on Tuesday, raising some hopes in her camp. That there was no resounding clamor for her resignation was another positive.

Reacting to the developments in the SC, the National Union of People’s Lawyers (NUPL) said that “the justices are bereft of any basis in law” to force Sereno into leave, “much less declare the post of a sitting justice vacant.”

In a statement, the NUPL said, “This exposes the widening cracks in the institution which impact on the independence of the Judiciary, the Court’s very integrity, and ironically, on respect for the Constitution apparently because of political designs, personal considerations, or convenient acquiescence to the dark side.”

On Tuesday morning, a manifesto surfaced purportedly signed by “concerned officials and personnel of the Supreme Court,” asking Sereno to resign, to save both the SC as an institution and the officials who had been dragged into the impeachment hearings.

“We can and will no longer remain silent as the institution falls deeper into disrepute with each passing day and our officers and personnel pitted against one another, as a consequence of Your Honor’s actions and indiscretions,” read the manifesto.

The source of the manifesto could not be traced as of posting time. An employee whom Rappler talked to said he and his colleagues had not seen a copy of the manifesto as of Tuesday afternoon, adding that whether the manifesto was really from employees was doubtful.

(The Chief Justice has no plans of resigning, and she is preparing to face this at the Senate. So let’s just see each other there when this ends at the House of Representatives.) – Rappler.com