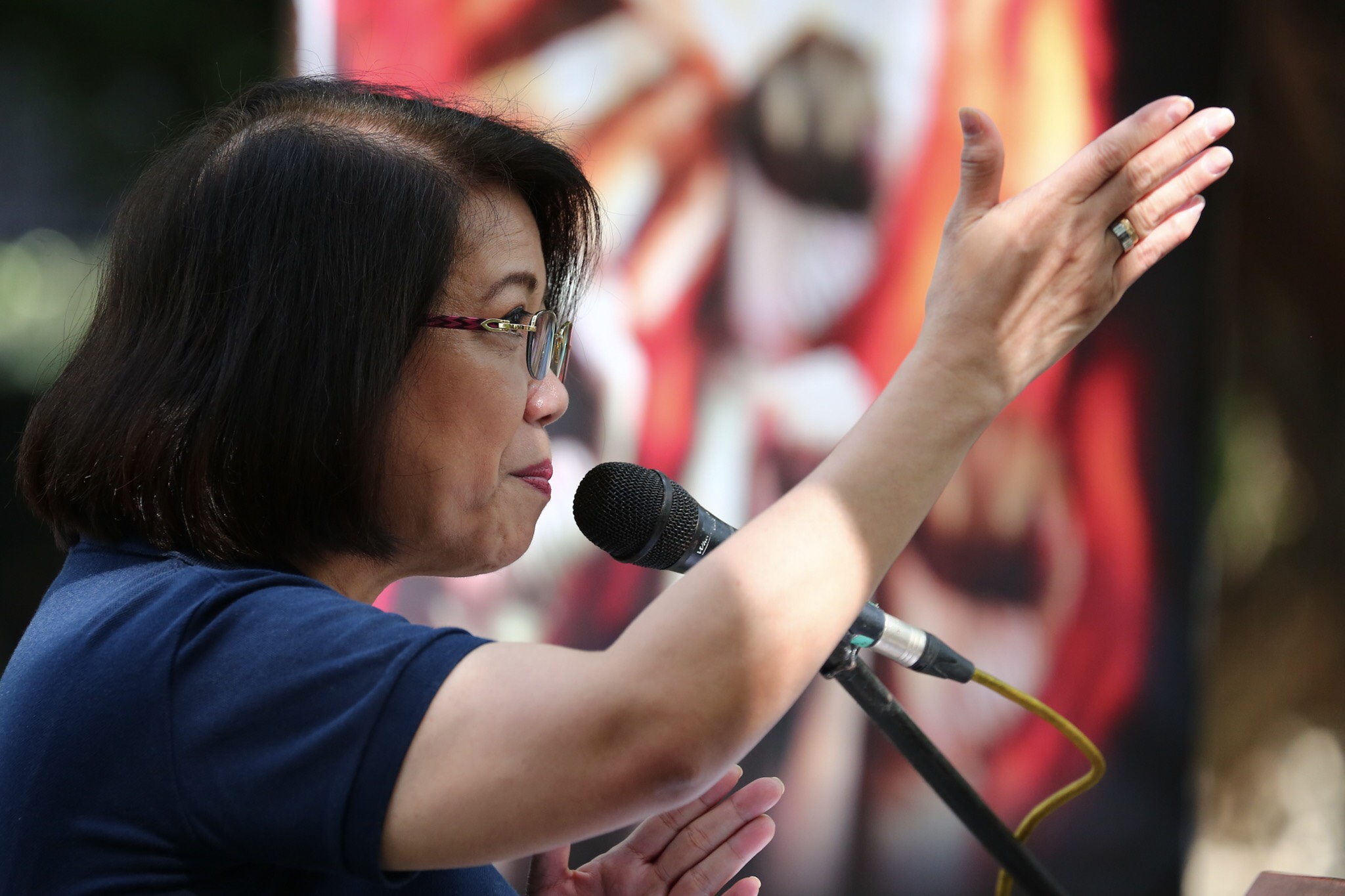 (UPDATED) Former chief justice Maria Lourdes Sereno was supposed to be part of the opening prayer of the opposition-led people power rally on Saturday, February 23, but she was nowhere to be found when the program started past 3 pm at the EDSA people power monument.

In the program sent to media hours before the event, Sereno was scheduled to lead the evangelical prayer alongside Fr Robert Reyes for the Catholics, Imam Jamalundin Mauntol for the Muslims, and Norma Singson De Leon for the laity. Only Reyes, Mauntol and De Leon led the interfaith prayer.

Earlier in the morning at the nearby EDSA shrine, Sereno spoke before left-leaning groups where she said: “The fate of the nation must never depend on one man who pretends to be king.”

“There’s no issue there, just a scheduling conflict,” Sereno told Rappler. Organizers, however, told Rappler on Monday, February 25, that they had adjusted schedules to accommodate her – from 4 pm to 3 pm after they were told her next schedule was still at 6 pm. Unfortunately, Sereno still did not show up, they said.

Sereno once joined the general assembly of the Liberal Party-allied Tindig Pilipinas, where she called on the joining of forces of all sectors to resist the Duterte administration.

At the time, she was being floated to be part of the opposition slate, but she announced later on that she will no longer run for senator, citing security concerns for her family.

Neri Colmenares, the bet of the Left to the mid-term elections, said “basic differences” held back the two groups from officially joining forces.

“The differences are very basic. Our interpretation of agrarian reform is a very basic difference. Of course, we disagree with the Disbursement Acceleration Program (DAP), so I guess probably it’s not very easy for the Liberal Party to resolve that, but I would understand that,” Colmenares told Rappler in November. – Rappler.com