2 months since, DOJ yet to start hearings on Pimentel quarantine breach 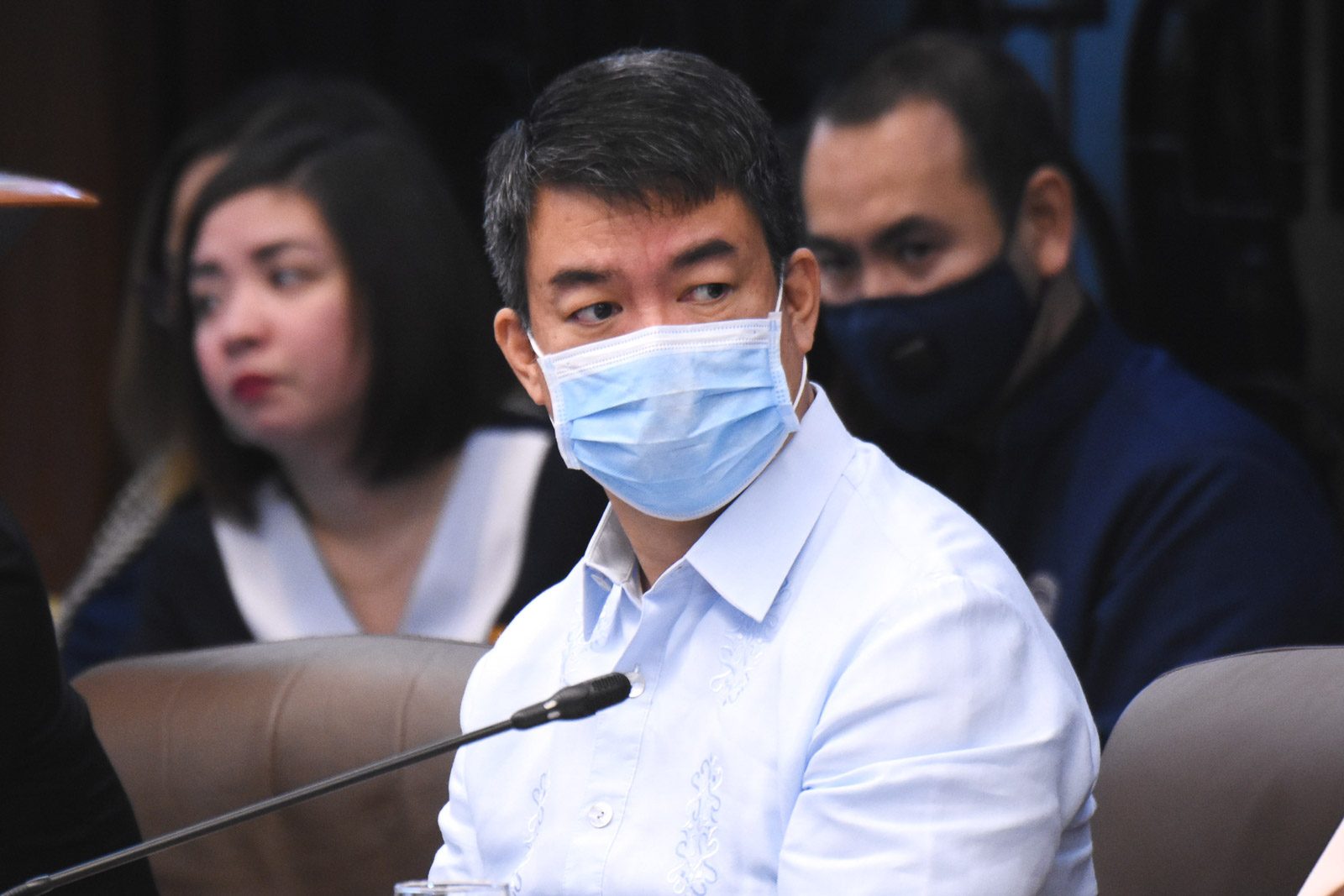 The Department of Justice (DOJ) is yet to start its hearings into the complaint against Senator Koko Pimentel for quarantine breach.

In fact, Pimentel has not been compelled to appear before the DOJ nor send a counter-affidavit, two months since the department issued a subpoena to the senator.

Prosecutor General Ben Malcontento said on Tuesday, June 16, that the preliminary investigation hearing set for June 18 is again reset. The original date was supposed to be May 20 but it kept getting bumped off because of lockdown.

This time around, Malcontento said it’s because the complainant, former law dean Rico Quicho, still needs to submit hard copies of his evidence and other documents. Quicho had sent in his complaint via email which was allowed then when Metro Manila was under strict lockdown.

The subpoena was sent to both Pimentel and Quicho on April 14, but the actual appearance kept getting moved.

Malcontento said Quicho has 10 days from receipt of the order to submit hard copies, or else the case will be submitted for resolution.

“If he fails, [it will be] submitted for decision. The prosecutor can decide based on what is available,” said Malcontento.

He added that Pimentel does not need to file a counter affidavit if Quicho does not send hard copies.

Quicho volunteered to file the complaint because the DOJ refused to launch a motu proprio (on its own initiative) investigation into Pimentel.

The DOJ can do that by ordering the National Bureau of Investigation (NBI) to conduct an inquiry even without a complaint – something that Justice Secretary Menardo Guevarra often did in past cases.

Quicho sued Pimentel for violation of Republic Act No. 11332, also known as the Mandatory Reporting of Notifiable Diseases Act, which punishes under Section 9(e) the non-cooperation of “person or entities identified as having the notifiable disease.”

Pimentel had flu symptoms on March 14 and was tested for the coronavirus on March 20. As such, he should have been under quarantine until March 28.

But on March 25, the senator went to the Makati Medical Center with his wife Kathryna – who was due to deliver their child. (TIMELINE: When Pimentel tested positive for coronavirus)

Pimentel got the positive test results on the same day.(READ: Angara recovers from coronavirus)

The Makati Medical Center had slammed Pimentel’s actions as reckless.

In an earlier message to Rappler, Quicho had expressed disappointment at the DOJ’s lack of proactiveness in pursuing the case.

“The DOJ is still requiring me to appear and subscribe to the letter complaint when everything is on public record already. In contrast, at least 25,000 ordinary citizens are arrested already without the same benefit accorded to Pimentel,” said Quicho.

“DOJ and NBI could proceed in the case even without me. I’m just a nominal party,” said Quicho.

In defending the DOJ’s decision not to launch a motu proprio investigation, and instead wait for a complaint to be filed, Guevarra had said: “During abnormal times like this, when people are prone to commit mistakes or violations of the law, the DOJ will temper the rigor of the law with human compassion.”

The cases of Pimentel and the birthday party of Metro Manila police chief Debold Sinas, a violation of strict lockdown rules, highlight the double standard in the application of the law so far, when others were arrested without warrants for being outside their homes.

The NBI had earlier said it would also investigate Pimentel, which the bureau announced on the same day it came under fire for summoning Pasig City Mayor Vico Sotto for alleged transgression of national government lockdown rules. – Rappler.com