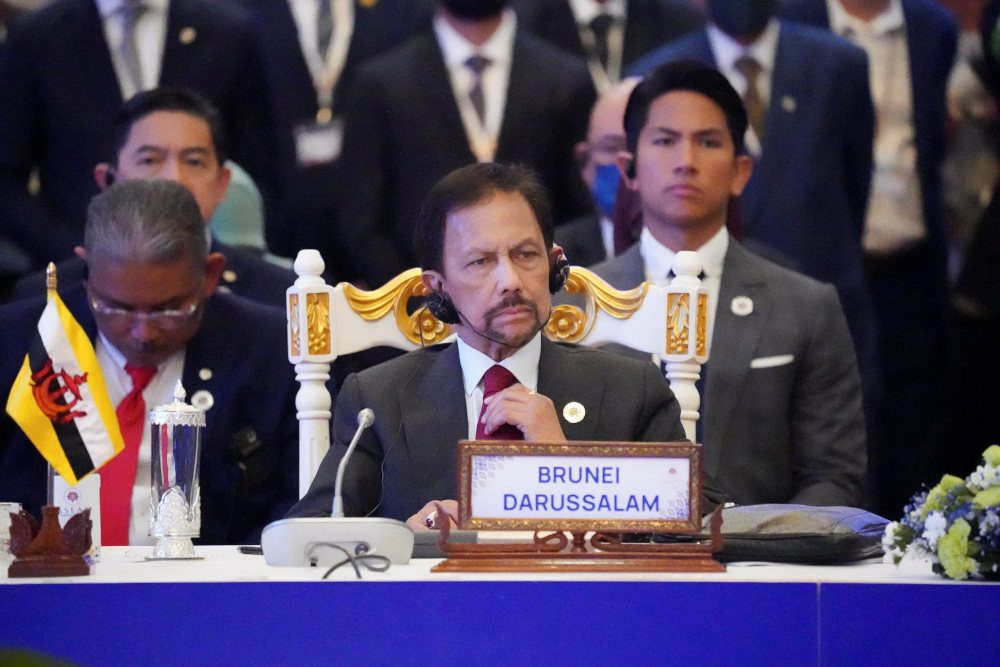 Facebook Twitter Copy URL
Copied
Marcos brings up the 'growth' in the relationship between the Philippines and Brunei, 'from the early days when my father came to visit you and I was able to accompany him'

Brunei Sultan Hassanal Bolkiah has, himself, borne witness to various moments of history in the regional bloc.

In the case of the Philippines, the sultan – who has been in power since 1967 – has seen the rise, fall, and resurgence of the Marcos clan in Philippine national politics.

The two leaders, according to a release from the Philippines’ Office of the Press Secretary (OPS), “infused some sense of nostalgia” during their first formal meeting as heads of state on November 12, at the sidelines of the Association of Southeast Asian Nations (ASEAN) Summit in Phnom Penh.

Marcos himself brought up the “growth” in the two nations’ relationship, “from the early days when my father came to visit you and I was able to accompany him.”

The Philippine President’s father and namesake was elected president in 1965 – just two years before Bolkiah ascended to the throne. The first Marcos president was ousted from power in 1986, during the People Power Revolution.

After some years spent in exile and a political comeback both in their home province and in national politics, Marcos was swept to power in the 2022 national elections. He is the first president since 1986 to win by a majority vote.

Marcos recalled that he was studying in the United Kingdom and only vacationing in Manila when the late strongman told the younger Marcos that he “[had] to come.”

Bolkiah also recalled that the first Marcos president was a guest during his country’s national day in 1984.

“Since then, our relations have continued to grow stronger. There’s an active exchange between us at all levels. There is a large Filipino community in Brunei. They are an important part of our growth and invaluable contribution to our socioeconomic development,” said Bolkiah, according to a release from the OPS.

Marcos and Bolkiah are in Phnom Penh for the 40th and 41st ASEAN Summit and other related summits from November 10 to 13.

This wouldn’t be the first time for nostalgia – and references to his father – during discussions or meetings with world leaders, former or current. It also happened when he spoke to Henry Kissinger during his working visit to New York for the United Nations General Assembly. – Rappler.com