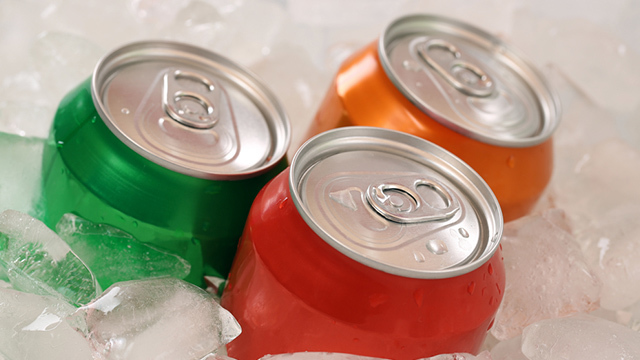 MANILA, Philippines – Included in the tax reform package proposed by the Duterte administration is an excise tax on sugar-sweetened beverages.

If signed into law, drinks such as powdered juice, energy drinks, carbonated drinks (more commonly referred to as soft drinks), bottled iced tea, and other sugary drinks will come with a P10-per-liter tax.

This is among the provisions in the tax reform bill that have been criticized by urban poor groups and consumers. Another contentious item is the imposition of an excise tax on refined petroleum products and automobiles.

The Philippine Association of Store and Carinderia Owners (PASCO), a non-profit organization of microretailers, computed the increase in the prices of the beverages consumed by ordinary Filipinos. 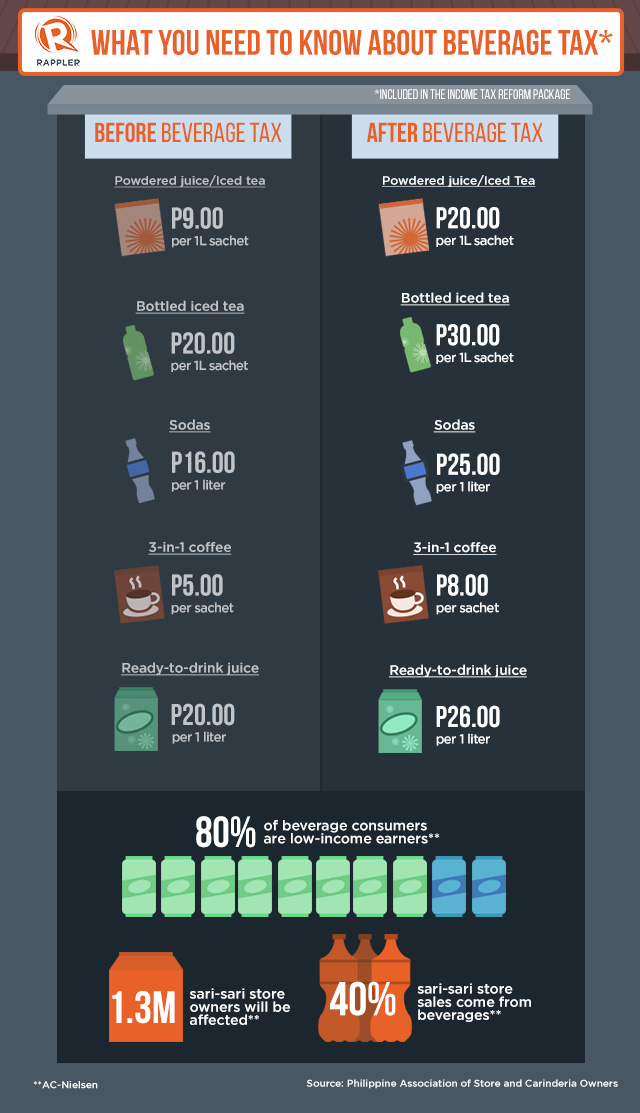 Based on their estimates, the price of a sachet of powdered juice drink, including powdered iced tea for 1 liter preparation), would go up to P20 from its current suggested retail rice (SRP) of P9. They include powdered iced tea.

Bottled iced tea will come at P30 SRP from P20.

An instant coffee mix will be priced P8 per sachet from the current P5 pricing.

Prices of bottled carbonated drinks will increase to P25, from the current P16.

SRP for ready-to-drink juice will increase to P26 from P20.

Citing data from market research firm AC Nielsen, PASCO said 80% of the consumers of these products are low-income earners. These workers, who are earning only minimum wage, are exempted from tax under the package, but their pay still falls short of the real living wage.

The minimum wage in Metro Manila is pegged at P454 to P491 but its real value when pegged to inflation is only P361. (READ: Is it time for a national minimum wage?)

The Philippine Chamber of Food Manufacturers also cited a 2016 study of the University of Asia and the Pacific, which revealed that the excise tax will be a burden to sugar and coffee farmers and sari-sari store owners.

The higher excise taxes are being proposed to offset the effects of revenue loss that would come with lower income taxes. The Department of Foreign Affairs has also argued that these are necessary to allow the current administration to build infrastructure that will attract investors.

The Senate said, however, that it would revise the tax reform proposal as the higher taxes would affect the poor. – Graphics by Alejandro Edoria / Rappler.com

Editor’s note:  This infographic was updated to reflect the clarification made by the Philippine Association of Carinderia Owners on the type of iced tea product referred to in a previous version of this story.