EXPLAINER: ICC’s track record and what it means for Duterte and the PH

Feb 12, 2018 9:54 AM PHT
Lian Buan
Facebook Twitter Copy URL
Copied
The ICC's preliminary examinations into alleged war crimes in Afghanistan took more than a decade to complete. It also has not been able to serve a warrant of arrest against the President of Sudan. 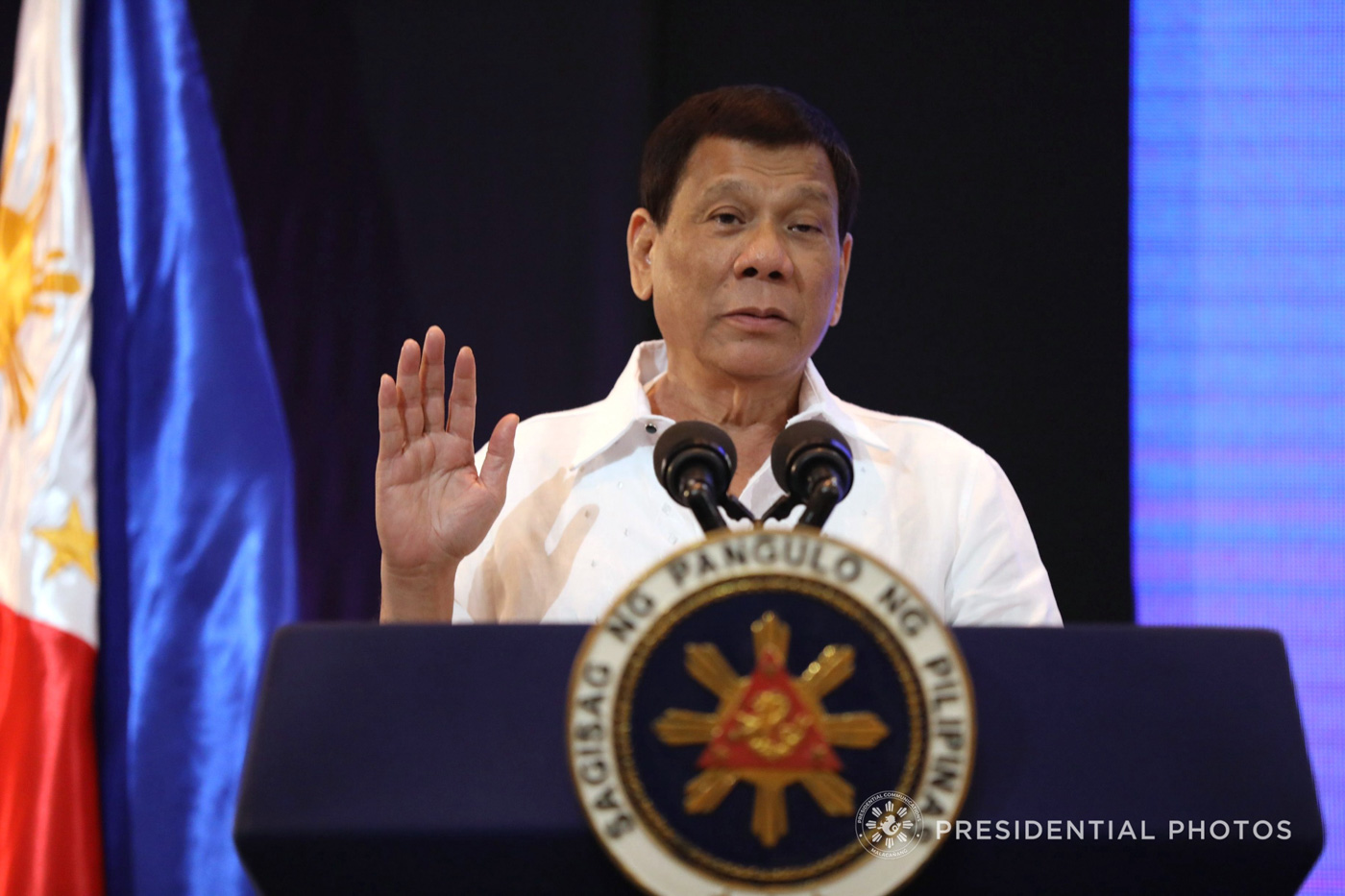 MANILA, Philippines – The International Criminal Court (ICC) Office of the Prosecutor opened preliminary examinations into President Rodrigo Duterte’s war on drugs, but what does this really mean and what will it entail?

The preliminary examinations are the first step in the court’s legal process. At this stage, the prosecutor will have to determine whether there is enough basis for it to decide that the case falls under the jurisdiction of the ICC.

To fall under their jurisdiction, they have to establish that Philippine courts have not conducted any genuine investigation into, or any proceeding relating to, the thousands of deaths in the war on drugs – either because of lack of capability or outright refusal to do so.

The prosecutor took 9 months to decide to open preliminary examinations into the communications filed against Duterte by lawyer Jude Sabio and opposition lawmakers Senator Antonio Trillanes IV and Representative Gary Alejano. This is not unusual.

In 2016, it took prosecutor Fatou Bensouda only 8 days from the filing of a communication to open preliminary examinations into the civil unrest in Central African country Gabon, which was triggered by a violent election there.

It is the preliminary examinations that may take long. Only after the examinations can the ICC move on to the actual investigation phase.

In the case of alleged war crimes in Afghanistan, the preliminary examinations took 15 years to complete.  While the examinations were only made public in 2007, Afghanistan has been a member party since 2003, which was when the war began and reports of abuses started coming in.

But the prosecutor has just started to investigate, also covering allegations of abuse by the US military while they were there.

Towards the end of the investigation, ICC judges may issue warrants of arrest if they see it fit. After this, the case moves to pre-trial, trial, and then the appeals stage before a sentence is handed out. We are talking years and years.

This is why when Presidential Spokesperson Harry Roque announced the examinations, he was quick to downplay it and told the opposition it was no cause for celebration. He was right. (READ: What challenges will complaint vs Duterte face before ICC?)

If, for example, an ICC judge orders the arrest of Duterte, the ICC will have to rely on the cooperation of Philippine authorities.

The ICC doesn’t have its own police force, so it will have to be Philippine authorities who will have to arrest Duterte and turn him over to the ICC for detention in The Hague.

Omal al-Bashir has 7-year-old standing warrants of arrest, yet he remains free and continues to serve as President of Sudan.

While the ICC also counts on the support of other countries to arrest charged individuals, it hasn’t been working well for them so far.

Al-Bashir has been able to travel internationally without being arrested. Of course this case has multiple political layers – for example, the United States lifted sanctions against Sudan despite the charges.

Humanitarian news organization IRIN also reported that the European Union has given over $200 million to Sudan to support its migration programs, despite allegations that asylum seekers are victims of extortion or torture. (READ: Things to know about Duterte’s pet peeve ICC)

No one can tell at this point if Duterte will be able to get, or if he even plans to seek the support of other countries to be spared from the charges.

For now, the President stays true to character: bold and fearless.

“I welcome you. And if you find me guilty, go ahead. So be it,” Duterte said, days after the announcement of preliminary examinations.

He even dared the ICC: “I don’t want imprisonment. I beg of you to find a country where they execute.”

“Publicly he may appear arrogant as always but we know, based on our sources in Malacañang that he’s already shaking in his boots,” Trillanes said in a recent roundtable forum organized by the Institute for Policy Studies in Washington DC.

But while the President appears to be unfazed, his men have stuck to a single message: that the ICC does not have jurisdiction over him and the Philippines. Roque said the Philippine justice system can very well handle the investigation, meaning the ICC – as the court of last resort – is not needed.

Tony La Viña, an expert in International law, said the administration must start rectifying some of its actions to prove its willingness to investigate the drug war. He said the government can start by heeding the Supreme Court order to provide full documentation of Oplan TokHang.

Can PH leave the ICC?

By the end of 2017, Roque said they were already “reassessing” their commitment to the ICC.  La Viña said, however, that a withdrawal will not affect the case.

Article 127 of the Rome Statute, the statute that created the ICC and to which the Philippines is a party to, says that criminal investigations and proceedings will still continue as long as they started before the withdrawal became effective. Withdrawal is effective only after a year.

“The ICC membership matter is not just about Duterte. This administration – as all administrations have been and will be – is just a blip in our history. But the country and our people need the ICC to protect us from each other,” he said.

Detained Senator Leila de Lima said withdrawing from the ICC would make the Philippines look like it’s becoming a rogue. “What decent country would deal with us seriously if we are perceived to be a rogue state?”

La Viña predicted that if the case goes to trial, it would go beyond Duterte’s term, assuming he does end his term in 2022. But remember, the communications were filed not only against Duterte but also against police chief Ronald “Bato” dela Rosa and 10 other senior government officials, including Justice Secretary Vitaliano Aguirre, who is head of government prosecutors, and even Solicitor General Jose Calida, who is defending the drug war before the Supreme Court.

“It is likely that Duterte would never be held to trial given his age. But people like General Bato dela Rosa and other officials implicated will not be able to escape this. At some point, they will never be able to travel outside the Philippines again. It would be too risky if international arrest warrants were issued against them,” La Viña said.

When former Congo vice president Jean-Pierre Bemba was convicted by the ICC for war crimes, 4 of his associates, including his lawyer, also received sentences.

“So, this is big, no matter how Malacañang might downplay this. Very big, indeed,” La Viña said.

Value of the ICC

Duterte has proven himself to be the kind of president that severs ties even with longtime allies like the United States. He was even bold enough to reject P380 million in aid from the EU because of their supposed interference in his war on drugs.

The ICC is not all perfect either. It has been widely criticized for being slow, toothless, and even biased against Africa.

If Duterte does withdraw the Philippines from the ICC, he wouldn’t be the first. In 2017, Burundi became the first member-country to pull out from the ICC, with South Africa threatening to do the same.

So given all of these, what is the value of the preliminary examinations? Pressure.

“Such an investigation would send the message that UN member countries strongly support justice in the Philippines and put further pressure on the Duterte government to stop the killings and to cooperate with efforts to hold those responsible to account,” said the international group Human Rights Watch. – Rappler.com