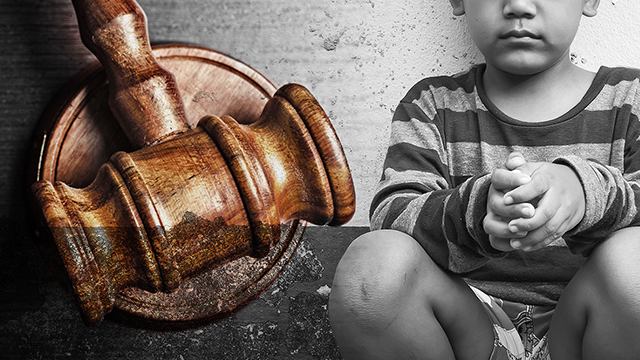 Manila, Philippines – The debate on lowering the age of criminal liability heated up when the House justice committee approved House Bill (HB) 8858 on January 22, 2019.

Under the proposed bill, children aged 9 to below 15 will face criminal charges if found guilty of committing serious crimes. These crimes include kidnapping, murder, parricide, infanticide, and serious illegal detention.

Two days later, the committee increased the minimum age of criminal responsibility (MACR) from 9 to 12.

The bill seeks to amend Republic Act (RA) 9344 or the Juvenile Justice Act of 2006 which exempts 15- to 18-year-olds from criminal liability.

A minimum 12 years of imprisonment in juvenile care units would be imposed as punishment.

The Department of Social Welfare and Development (DWSD) and other licensed non-governmental organizations (NGOs) will be mainly responsible for taking care of “criminally liable” children in Bahay Pag-Asa centers, or youth care facilities. (READ: When ‘Houses of Hope’ fail children in conflict with the law)

The hashtag #ChildrenNotCriminals flooded social media with sentiments decrying the consequences of putting minors behind bars.

‘Children’ as defined by laws

The Child and Youth Welfare Code recognizes the child as the country’s “most important asset.”

Thus, it is the duty of the nation to make sure that the rights of a child are protected – from the moment he/she is born to the time he/she becomes a fully-developed Filipino citizen.

Article 3, Section 12 of the code states:

“Every child has the right to grow up as a free individual, in an atmosphere of peace, understanding, tolerance, and universal brotherhood, and with the determination to contribute his share in the building of a better world.”

Also under this law, a “child” is defined as anyone who is below 21 years old.

Children this age are exempt from voting; prohibited from entering into a contract, buying liquor, and riding in motorcycles with given considerations. They cannot engage in sex or get married without parental consent, and can be employed only with certain exemptions.

At this age, parental consent and authority are needed because children are not yet capable of deciding for themselves. This is supported by the findings of neuroscience research and psychological annotation which say that a person reaches full emotional, mental, and intellectual maturity only at the age of 25.

According to Human Rights Commissioner Karen Gomez Dumpit, the above-listed provisions of the laws are designed to guide children because they are “vulnerable members of our society that need to be formed and protected.” (READ: Lower age of criminal liability? Here’s why psychologists are against it)

Once they reach the age of 18, individuals are already legally responsible for their civil acts (Art 236, Section 1 of Republic Act 6809).

Here’s a list of laws that intend to protect children from all kinds of abuses:

Dumpit argued that lowering the MACR “definitely contradicts” the purpose of these laws, which intend to protect children from harm and violence.

“All the laws mentioned recognize that fact, such that the crimes are either considered aggravating circumstances when committed against children, or they are given very stiff penalties.”

As signatory to the United Nations Convention on the Rights of the Child, the Philippines is obliged to follow the rules under General Comment No. 10, which states that the country should no longer lower its MACR once it has been set; in our case, it is at  age 15.

It would be a big contradiction to our international commitment if the bill is passed into la.

Furthermore, Dumpit stressed that the proposal not only “regresses but reverses the trajectory towards the fulfillment of children’s rights, particulary article 40 on juvenile justice.”

She reiterated that the country should continue upholding the standards of the Juvenile Justice and Welfare Act of 2006.

Those advocating for changing the age of criminal liability argue that this will hold them “accountable” for their unlawful actions. They said children are used by syndicates because they aren’t jailed when they do anything illegal.

The word “home” is mentioned several times in the Child and Youth Welfare Code. Suppose that a jail or a detention center serves as home for “criminally liable” children, how secure will they be from violence and will their self-development still be possible? – Rappler.com