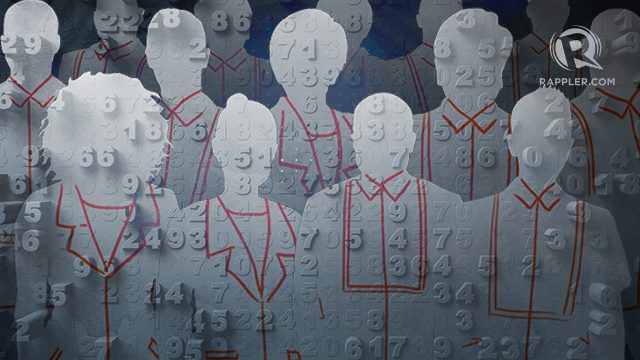 MANILA, Philippines – The 2019 elections went into full swing on Friday, March 29, as the campaign for local races began.

Around 43,000 candidates are vying for nearly 18,000 local positions, from House representative to governor to city or municipal councilor.

These include the congressmen or congresswomen who will represent the 5 newly-created legislative districts in Aklan, Cavite, Isabela (with 2 districts), and Calamba City.

In addition, the provincial boards of Cavite and Isabela will grow by two seats each. The city councils of General Trias, Cavite, and Calamba, Laguna, will also each get two new seats.

Among the incumbent 232 district representatives in the House, Rappler counted at least 134 of them seeking reelection in 2019.

Meanwhile, 60 House members are running for other positions or congressional districts. Among them, 35 are on their 3rd and last term in the House.

Two are vying for seats in the Senate, two are running for vice governor, 3 for vice mayor, and two for city councilor.

One lawmaker, Yedda Marie Romualdez of Leyte’s 1st district, is seeking a House return but as a party-list representative. She is the first nominee of Tingog Sinirangan party.

Three congressmen plan to be elected to the House again, but as representatives of new districts.

The remaining 38 lawmakers – 23 of whom are term-limited – are retiring from politics for now.

Six district seats in the House were vacant in the 17th Congress (2016-2019) due to either a congressman’s death or a lawmaker’s appointment to another government post.

Meanwhile, 19 of 24 governors on their last term are not bowing out of politics yet. Eleven other governors also have other plans in 2019. In this group, 22 are running for House representative and one for senator, while 6 are attempting to slide down to vice governor, and one to provincial board member.

Eight governors are not running for any post in 2019. Five of them already reached their 3-term limit as governor.

A total of 44 vice governors are also reelectionists.

Thirty vice governors are seeking another position in the coming polls, 10 of them are in their final terms as vice governor.

The remaining 7 vice governors are not on the ballot in 2019, with two of them in their 3rd and final term.

A total of 34 House representatives, 7 governors, and 12 vice governors are running unopposed in the 2019 polls.

In Apayao, Compostela Valley, Davao Occidental and Davao Oriental, there is only one candidate each for governor, vice governor, and representative, revolving around political dynasties and political allies.

These candidates just need at least one vote to be declared winners. – Rappler.com