Taal Volcano’s 2020 eruption: What we know so far Facebook Twitter Copy URL
Copied
What exactly is going on at the Taal Volcano? Were warnings delayed? Is the worst over? Here are answers to some of your top questions.

MANILA, Philippines – It was a calm Sunday afternoon on January 12, 2020, when the Philippines was jolted by news that Taal Volcano in Batangas province was spewing ash.

The situation escalated swiftly that same day, leading to a crisis that has seen families displaced, crops destroyed, and animals dead or abandoned – with the worst still feared to come.

Here’s what we know so far about the ongoing eruption of Taal Volcano.

How did this period of Taal unrest start? What happened?

Taal Volcano had been under Alert Level 1 (abnormal) since March 28, 2019. The range is 0 (normal) to 5 (hazardous eruption in progress).

Alert Level 2 was raised because Phivolcs observed the following:

When Alert Level 2 is in place, there may or may not be an eruption.

Just an hour and a half later, at 4 pm, Phivolcs raised Alert Level 3 (magmatic unrest). Its basis:

With Alert Level 3, a hazardous eruption is possible within days to weeks.

This was triggered by:

Under Alert Level 4, a hazardous eruption may happen within hours to days. 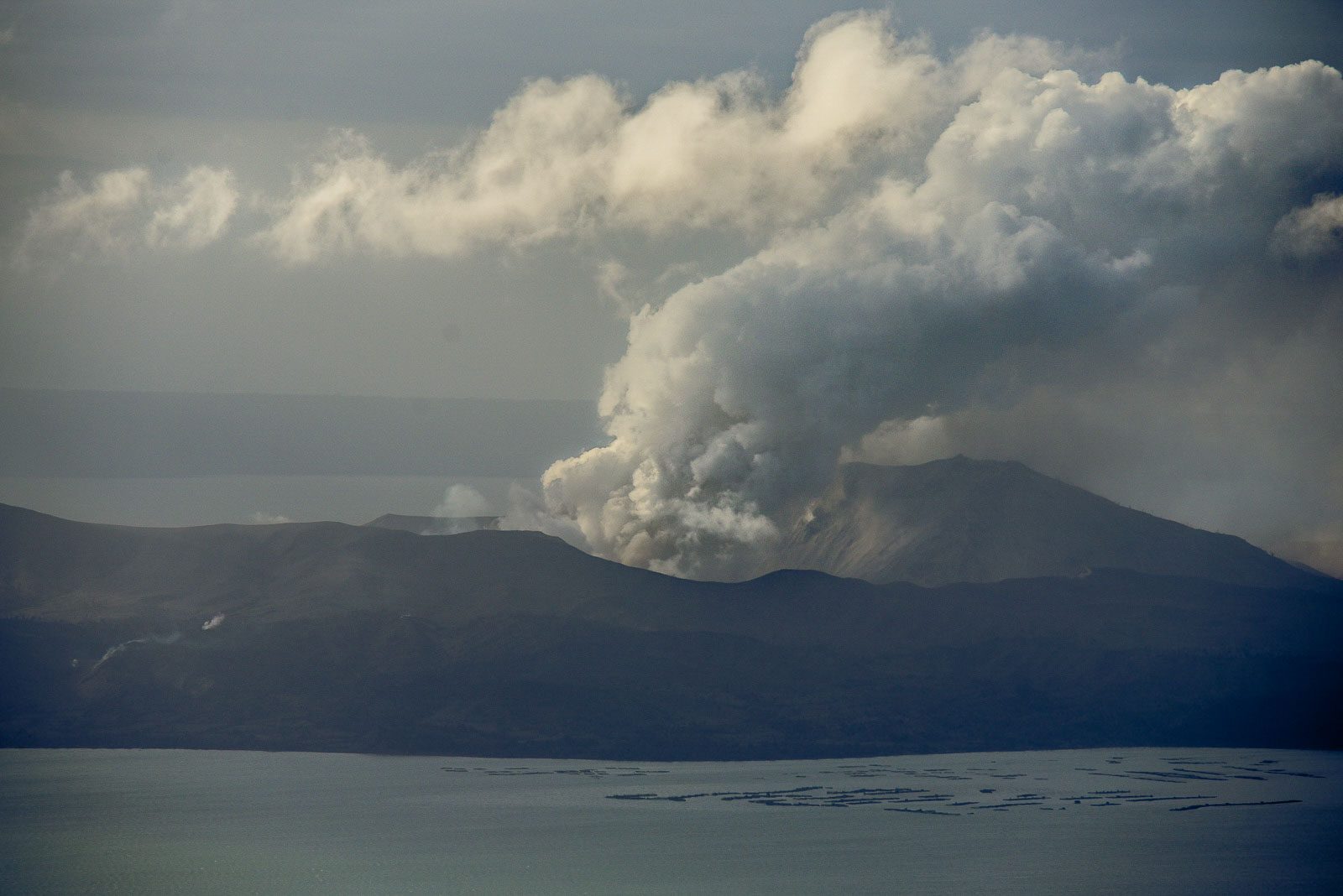 Was there a delay in the raising of alert levels?

Phivolcs Director Renato Solidum Jr and Phivolcs Volcano Monitoring and Eruption Prediction Division chief Maria Antonia Bornas both said there was no delay in the issuance of alert levels.

According to them, Phivolcs immediately coordinated with local officials and residents of Taal Volcano Island at the grassroots level on the morning of January 12, even before bulletins were issued to the public on Phivolcs’ website and social media accounts.

(There was no delay. The seismic swarm began at 11 am. Although at around 8 am, those from Taal Volcano Island were already feeling a few tremors, and Phivolcs was able to record a volcanic earthquake here and there. So our observatory was already in communication with the community in the island. They were already given advice on preemptive evacuation.)

(The mass evacuation, according to our personnel, began at around 1 pm. So when we released the bulletin at 2:30 pm announcing Alert Level 2, many had actually evacuated from the island by then, because they’re really the most vulnerable to danger.)

Solidum stressed that Alert Level 1 had been in place since March 2019, and the Taal Volcano Island community was aware of this.

(Imagine, there are 6,000 to 10,000 people in the island. No one was injured, no one died. We’ve long been coordinating with Batangas province.) Alert Levels 2, 3, and 4 were raised in a matter of hours. Was this expected?

Alert Level 2 was declared when certain conditions that qualified as increasing unrest were observed on January 12. Most notable was the phreatic or steam-driven eruption, which Solidum said is a type of eruption that is difficult to predict because it can happen suddenly, with little to no warning.

Notably, the progression from Alert Level 2 to Alert Level 4 took only 5 hours. Bornas admitted that Phivolcs was surprised by how fast the Taal activity unfolded.

“Frankly, ang ikinagulat lang po namin ay ‘yung bilis ng escalation. Masyado pong mabilis for Taal,” Bornas said in a January 13 press briefing. (Frankly, what surprised us was the pace of the escalation. It was too fast for Taal.)

That meant less time for local government units and residents of surrounding towns to prepare and scramble to safety – leaving the rest of the country stunned. Experts have noted, however, that there is a high degree of unpredictability when it comes to complex volcanic processes.

Yes, technically, Taal has erupted. The volcano’s eruption began on January 12 and is ongoing. But the hazardous eruption that Phivolcs warned the public about – the major eruption which could be extremely deadly and destructive – has yet to occur.

Is there a chance that the hazardous eruption won’t happen?

Yes. The hazardous eruption may or may not happen. Volcanic activity could ease and eventually quiet down, instead of escalating.

Note, too, that unlike in the prediction of a tropical cyclone’s landfall, scientists cannot give a specific date or window of time when a hazardous eruption could happen.

If it happens, what would be the worst-case scenario?

Cities and municipalities within a 14-kilometer radius from Taal Volcano would be hit hardest. A hazardous eruption could bring what are called pyroclastic density currents (such as a base surge), lava flow, ballistic projectiles, ashfall, and volcanic gas. There may also be volcanic tsunamis, landslides, ground deformation such as fissuring or cracks, and lahar.

A base surge is a ring-shaped cloud of ash, rock, and gases fanning out from an eruption column and moving horizontally at high speed. It can destroy or kill whatever is in its path.

(I was asked if you could run from a base surge. Its speed is subsonic, so it moves fast, it spreads fast. Since its momentum is so strong, it can cross the Taal Lake and reach the mainland.)

This period of Taal unrest started January 12. How long could it take?

“Ang una nga nating ine-expect sana, ‘yung 1911 para tapos na, kasi mas mahirap sa atin ‘yung prolonged eruption na parang 1754 (We were initially hoping it would be like the 1911 eruption so it would end quickly, since a prolonged eruption like in 1754 would be more difficult for us),” Bornas said in a January 15 press briefing. 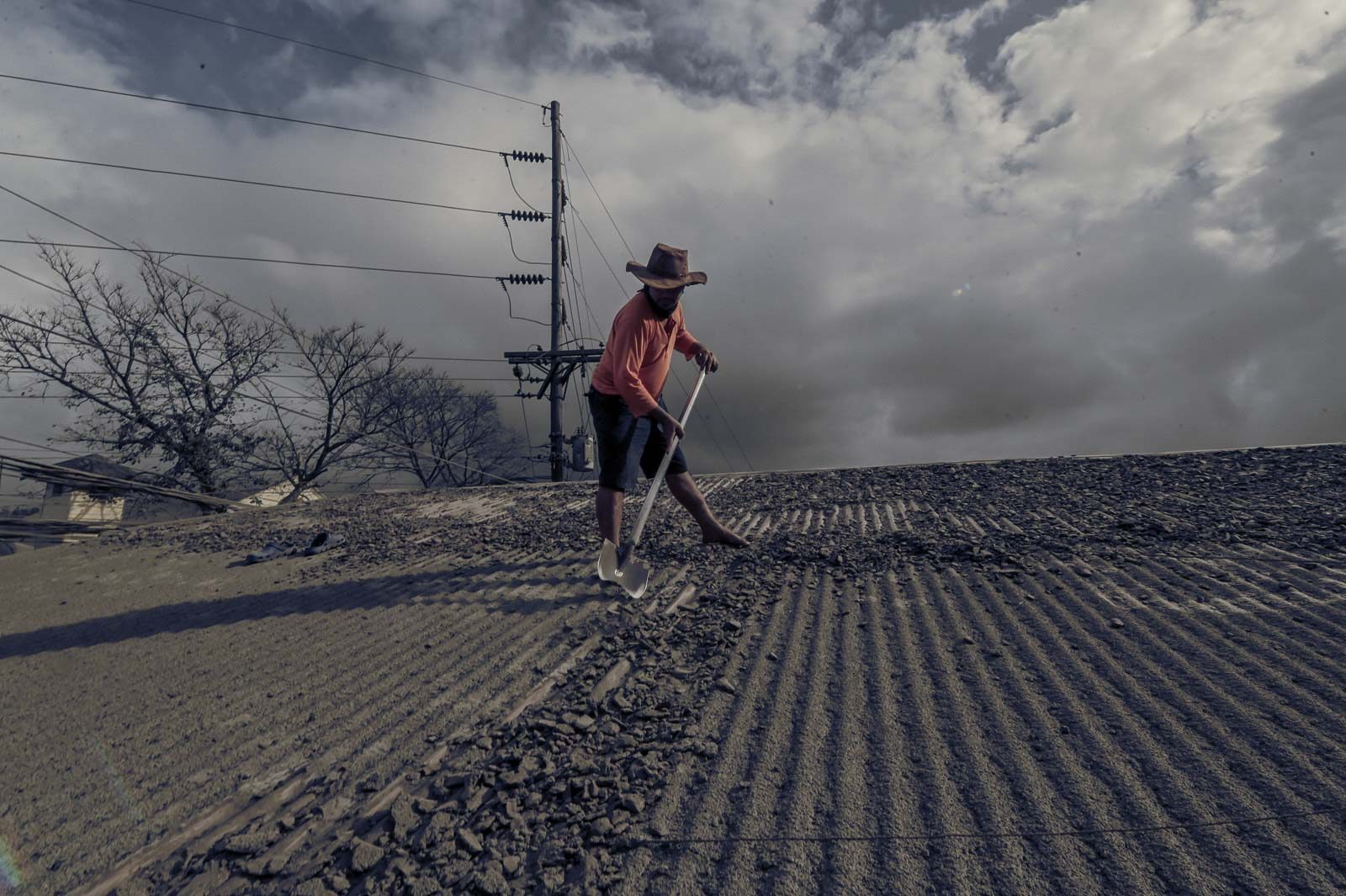 More eruptions may take place in the coming years. What should be done?

Solidum said in a January 15 press briefing that Phivolcs is recommending two things.

First is to ensure that there is “no permanent human settlement” in Taal Volcano Island, as it is a Permanent Danger Zone. Simply put, no one should live there.

The second is to finalize a “hazard-sensitive land use plan” for towns surrounding Taal Volcano, in cooperation with local government units.

Solidum said, “Ibig sabihin i-konsidera talaga ‘yung panganib na posible pang ma-experience sa future, para sa susunod, ‘yung epekto nito o displacement…mapababa (That means we should really consider the dangers that may be experienced in the future, so that when the next eruption comes, its effects or the displacement would be reduced).” – Rappler.com