TIMELINE: The search for Jovito Palparan 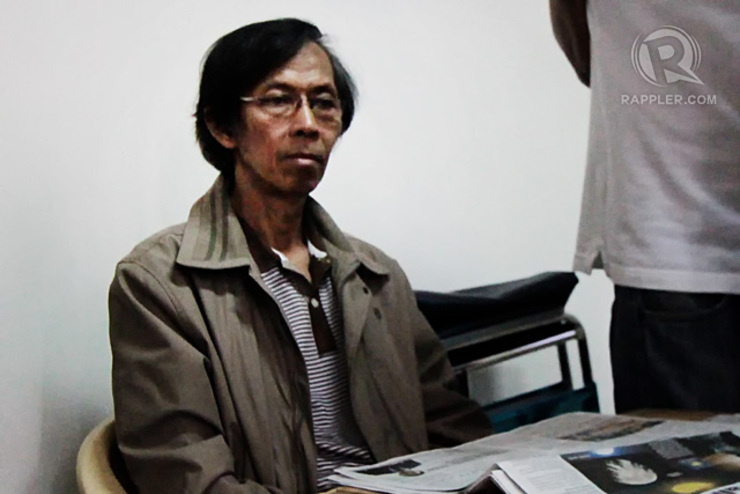 Palparan gained notoriety for targetting the mass base of the communist New People’s Army, and was charged with kidnapping and serious detention for the disappearance of University of the Philippines students Sherlyn Cadapan and Karen Empeno in 2006.

A P2-million bounty was placed on his head.

As the search for the country’s most wanted man ended, Rappler looks back at the events that led to his arrest.

As commander of the 24th Infantry Battalion in Bataan, Palparan’s record includes 7 “salvagings (summary execution),” a massacre, an abduction, 5 incidents of harassment, 5 illegal arrests and detention, two cases of grenade bombing, and a case of aerial assault.”

February 18 to April 20 – As chief of the 8th Infantry Division in Samar and Leyte, he was accused of the killing of 5 people, two frustrated murders, 5 abductions, 5 harassments, two incidents of destruction of property, 5 illegal arrests, 4 aerial bombings, and a food blockade.

September – Palparan took command of the 7th Infantry Division in Fort Magsaysay, Nueva Ecija. Even before he was assigned there, political activists in Central Luzon were being killed at an average of one per week. The killings increased when Palparan arrived.

July 24 – In her State of the Nation Address (SONA), then president Gloria Macapagal-Arroyo commended Palparan’s campaign against communism.

September 11 – Palparan retired as commander of the 7th Infantry Division. He was cleared of any liability in the killings, and cases linking him to several killings have been dismissed.

March 20 – An official of the Commission on Human Rights (CHR) cleared Palparan of extra-judicial killings and other human rights violation charges in cases filed by various humans rights groups based in Central Luzon.

May 14 – Palparan failed to get a congressional seat after his group, the Bantay partylist, didn’t get enough votes after the elections. Palparan was the first nominee of the group.

August 13 – The Manalo brothers managed to escape. They narrated their experience while in captivity along with Cadapan, Empeño, and Merino.

September – In the final report submitted by the Melo Commission to Arroyo, it recommended an investigation of Palparan’s alleged involvement in the killing of a human rights activist in Oriental Mindoro in 2002.

December 26 – The Court of Appeals, upon granting the privilege of the writ of amparo to the Manalo brothers, said Palparan had a hand in the abduction of the two.

December 15 – The Department of Justice found probable cause to charge Palparan and other military officials with kidnapping and serious illegal detention.

December 20 – Palparan was stopped at the Clark international Airport by immigration authorities after trying to leave the country. Later that day, the Bulacan Regional Trial Court issued the warrant for his arrest, forcing him to go into hiding.

December 23 – The National Bureau of Investigation (NBI) went to Pampanga as Palparan reportedly planned to surrender there. Palparan was a no-show.

December 27 – The Department of the Interior and Local Government (DILG) and the Philippine National Police (PNP) offered a P500,000-reward for any information on Palparan’s whereabouts.

January 5 – The reward money was raised to P1 million.

January 13 – Authorities searched the home of Palparan’s friend, former Bantay party list nominee Ramon Teodoro Garcia, in Davao City on suspicion the fugitive was hiding there. No Palparan was found.

August 16 – Aquino increased from P1 million to P2 million the reward for information leading to the arrest of Palparan.

August 12 – Palparan was arrested at around 3 am in Sta Mesa, Manila, by a composite team of the National Bureau of Investigation Anti-Organized Crime Division and the Armed Forces’ Naval Intelligence Group.