Nov 16, 2014 9:00 AM PHT
Michael Bueza
Facebook Twitter Copy URL
Copied
You might have seen one along EDSA and along the Maharlika Highway. What does 'AH26' mean? 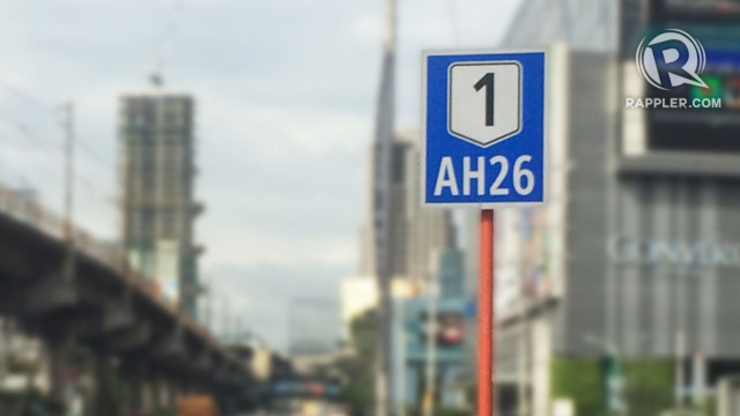 MANILA, Philippines – You might have seen an “AH26” road sign along EDSA. There are plenty of others along the national highway, too. But what does AH26 mean?

The “AH” stands for Asian Highway, a network of highway routes of international importance within Asia. It covers over 141,000 kilometers of roads across 32 countries.

The Asian Highway Network is part of the Asian Land Transportation Infrastructure Development (ALTID) project of the United Nations Economic and Social Commission for Asia and the Pacific (UNESCAP).

AH26 is the route number given to the 3,517-kilometer Philippine segment of the Asian Highway Network. The main road on the AH26 route is the Pan-Philippine Highway or the Maharlika Highway, stretching from Laoag City, Ilocos Norte, to Zamboanga City.

The AH26 route markers were first put up in 2013 by the Department of Public Works and Highways (DPWH). These are located at every 8 kilometers of the AH26 route, said Engineer Madeline Loyola of the DPWH Planning Department.

The number “1” on the markers means that the AH26 route is the country’s primary national road, she added. 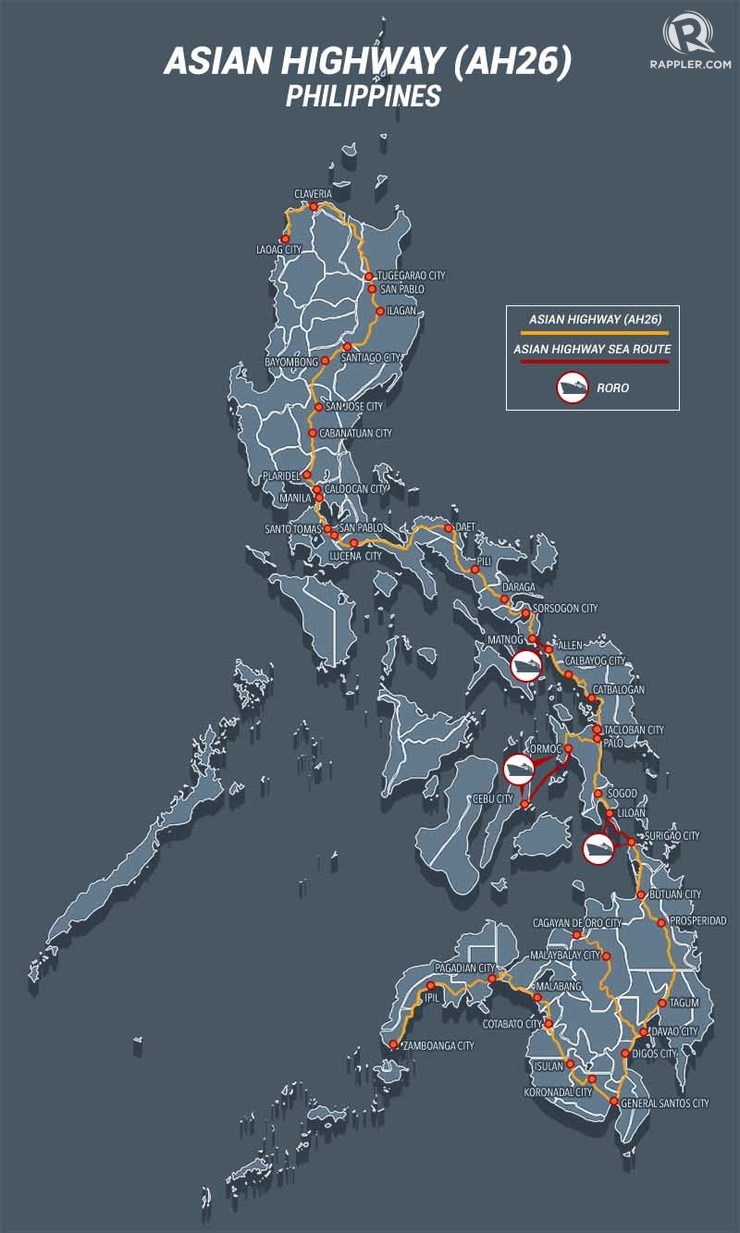 According to the Road Board, the AH26 route traverses the Maharlika Highway from Laoag until it reaches the Sta. Rita exit of the North Luzon Expressway (NLEX) in Bulacan.

It then passes through NLEX and splits into two at its terminus in Metro Manila – westward through C4 Road, Radial Road 10, Roxas Boulevard, and EDSA; and eastward through EDSA – until the two roads meet at the South Luzon Expressway (SLEX).

From SLEX, the AH26 route returns to the Maharlika Highway via the Calamba exit of SLEX in Laguna.

The AH26 has two spur roads, or segments, that branch out of Daang Maharlika: the 97-kilometer Tacloban-to-Ormoc segment in Leyte, and the 292-kilometer Davao-to-Cagayan de Oro segment in Mindanao. There is also a ferry route connecting Ormoc City to Cebu City.

The Asian Highway Network was conceived to coordinate development and improvement of existing regional road systems, and to promote international trade and tourism among UNESCAP member countries. The western ends of the Asian Highway connect to Europe’s E-road network.

It was formalized in November 2003, through the adoption of the Intergovernmental Agreement on the Asian Highway Network. It was ratified by the Philippines in 2007.

Single-digit numbers following “AH” (currently from AH1 to AH8) are assigned to routes that cross more than one subregion in Asia. The longest among these is the AH1 route, which is over 20,557 kilometers long, and runs from Tokyo, Japan, to the Turkey-Bulgaria border in southeast Europe.

Meanwhile, routes with two- or three-digit numbers – like AH26 – are those within a subregion (including those connecting to a neighboring subregion) and within member countries. – Rappler.com

Do you know of communities in the Philippines that are not connected to AH26 via any access roads? What roads need to be properly maintained or built in order to promote development in poor communities within the country? Let us know. Take photos, turn on precise location and tweet using #OpenRoads!