Noynoy Aquino’s memorable quotes, from defending democracy to standing up to China 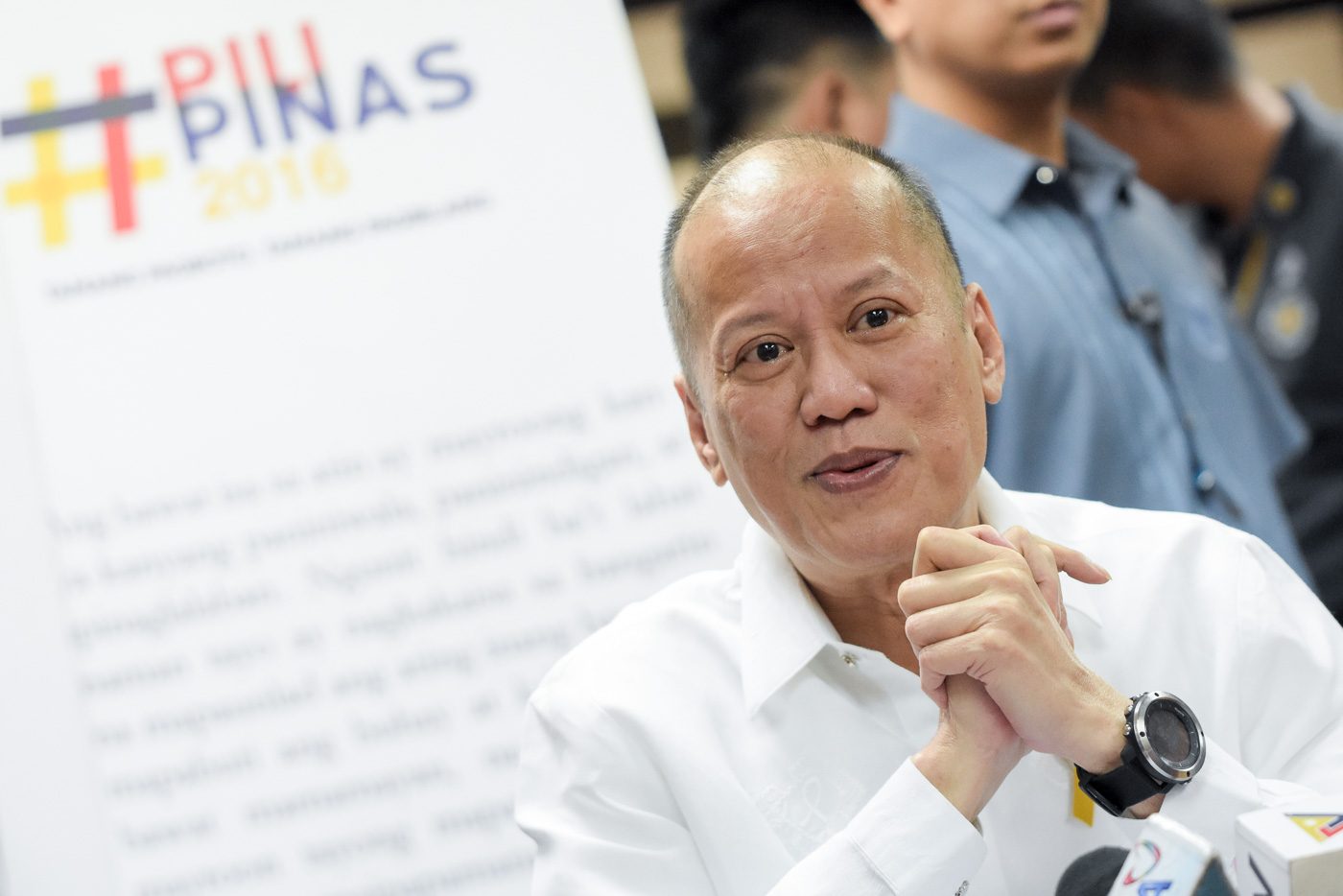 Former President Benigno Aquino III answers charges of election offenses in a press conference at the Comelec office in Manila on March 15, 2018.

Former president Benigno “Noynoy” Aquino III largely stayed out of the limelight after his presidency ended in 2016. He was, however, remembered for the choice statements he had made while in Malacañang, often made powerful by the fact that they were made in the national language.

He was the first Philippine president to deliver his State of the Nation Address in Filipino.

Aquino, who was elected president in 2010, died on Thursday, June 24, at 61 years old. He had been suffering from various illnesses since 2019.

His speeches touched on different issues – from China’s aggression in the West Philippine Sea, the 2015 Mamasapano incident where elite cops were killed, to the legacy his parents left behind, among others.

On his parents, democracy icons Corazon Aquino and Ninoy Aquino

(I had a simple goal in life: to be true to my parents and our country as an honorable son, a caring brother, and a good citizen. My father offered his life to redeem our democracy. My mother devoted her life to nurturing that democracy. I will dedicate my life to making our democracy benefit everyone. My family has already shed blood as sacrifice, and I am willing to do this again if necessary.)

– From a speech during his inauguration as president in 2010. His mother, former president Corazon Aquino, died the previous year in August 2009.

On serving Filipinos, his ‘bosses’

(You are my bosses, so I cannot ignore your orders.)

–  From his inaugural address in 2010. Aquino repeated this messaging throughout his presidency.

On fighting for Filipinos

– From his 5th State of the Nation Address in 2014. He echoed the famous line of his parent, former senator and slain Marcos critic Benigno “Ninoy” Aquino Jr.

“We pursued all those who committed wrongdoing – regardless of their power, wealth, or influence. As you may have guessed, tangling with these very wealthy individuals and sectors with vested interests was not an easy task. But those in our administration were not shaken: Dismantling the culture of corruption was a promise we made to the people. If we truly wanted to improve the lives of our people, we could not possibly shirk away from this challenge. We had to take on all those who had a misplaced sense of entitlement – who believed that they had more rights than their fellow Filipinos.”

– From a speech he delivered during the opening plenary of the World Economic Forum hosted by the Philippines in 2014. It was during the Aquino administration when the multi-billion-peso scam – which saw politicians pocket kickbacks and commissions from the Priority Development Assistance Funds (PDAF) – unraveled.

On his love life

“Since you are probably wondering, I will preempt the question and say, for the record: yes, my love life is still like Coke Zero. I hope that when I step down from the presidency, it will at least go back to being like Coke Light.”

– From his speech during the inauguration of a Coca-Cola factory in Laguna in 2014. Aquino, the country’s first bachelor president, often poked fun at his relationship status throughout the presidency. (READ: The bachelor president: Aquino and the women he met)

On China as a bully

“You may have the might, but that does not necessarily make you right.”

– From an interview with the New York Times in 2014, in which he called on the international community to support the Philippines’ defense against China’s claims on the West Philippine Sea.

On standing up to China

(We are not trying to pick a fight, but we also need to let the world know that we are ready to defend what is ours. We are also studying the possibility of elevating the case on the West Philippine Sea to the International Tribunal for the Law of the Sea, to make certain that, moving forward, calm and forbearance will prevail whenever there are territorial disputes.)

– From his second State of the Nation Address in 2011. It was under the Aquino administration when the Philippine government took China to court over the latter’s continued claims and aggression in Philippine waters. (READ: Aquino: The president who brought China to court)

The Aquino administration filed an arbitration case against China in January 2013 before the United Nations-backed Permanent Court of Arbitration. In 2016, the PCA decided in favor of the Philippines.

Aquino, whose term ended when the historic ruling was released, said the Philippines’ victory was “a victory for all.”

On the Mamasapano incident

(I am the father of this country, and 44 of my children were killed. They can no longer be brought back. This tragedy happened during my term, and I will carry this to the end of my days. They were my responsibility, together with the rest of the forces of the SAF involved in this operation, as well as those who rescued them, and whose lives were likewise put in danger.)

–  From a speech addressing the 2015 Mamasapano incident, a botched operation that killed more than 60 people, including 44 elite cops from the Special Action Force (SAF). Aquino drew flak over his handling of the incident, particularly when he skipped the arrival of the remains of state forces killed during the operation. (READ: President Aquino and the ghosts of Mamasapano)

On never taking democracy for granted

“We have proven our capacity to fight for democracy. We have shown that we can take back democracy when it is stolen from us. Now, let us prove that we can continue making democracy work for the benefit of our people.

We have achieved everything we are enjoying today while respecting the process, the law, as well as the rights of each person. We did this without silencing anyone, and while valuing the freedom that those before us fought for.

We firmly believe in this principle: That there can be no true progress if we surrender our dignity and our rights…

To the Filipino people: May we never lose our patience with the ways of democracy, and may we never take it for granted or be passive in its defense.”

– From a speech during the 2016 Independence Day Vin d’Honneur in Malacañang, a few days before he stepped down from office

On leaving a legacy

(It is the duty of each generation to continue the good done by those who came before them. We who came before you are striving not to pass down the problems we inherited. I hope that you do the same thing for the future generations. I only have five years and three months to do my job. After this, I will let my hair grow. I just have a simple dream in life: When I’m called by God Almighty, and He tells me, finished or not fishined, pass your papers, I will be able to say that I left this world better than I found it. This is also what I ask of you.)

– From a speech he delivered during Ateneo de Manila University’s baccalaureate mass in 2011.