Facebook Twitter Copy URL
Copied
Young girls and women are forced into the now-illegal practice of child marriage due to cultural and environmental pressures, as well as necessity during conflict, a new study finds

MANILA, Philippines – In January 2022, the ban on child marriages finally became law in the Philippines, but this does not necessarily mean the practice will be eradicated right away. Cultural and socio-economic conditions prevail that make these possible.

In the Bangsamoro Autonomous Region in Muslim Mindanao (BARMM), adolescent girls have had to undergo the now-illegal practice of child marriage because of family, community, and environmental pressures, a new study found.

Plan International, the Women’s Refugee Commission, and Transforming Fragilities said in their study, released Wednesday, March 30, that child marriage in BARMM is rooted in gender and socio-economic equality, limiting young girls’ freedoms to make their own life decisions.

The study found that child marriage comes from a number of cultural factors, such as a prevailing patriarchal system, as well as unaddressed socio-economic problems. These include:

On January 6, President Rodrigo Duterte signed the law declaring a total ban on child marriage in the Philippines. Lawmakers and advocates fought a long battle for the ban to protect Muslim women and girls from the practice.

Under Presidential Decree No. 1083 or the Code of Muslim Personal Laws, Filipino Muslims were allowed to get married as minors, while non-Muslims in the country are permitted by the Family Code to marry only after reaching the age of 18. Section 13 of the new law states that decrees that are inconsistent with it are repealed or modified.

According to the study, many adolescent girls were deprived of decision-making powers, including whom to marry. Gender norms perpetuated by parents, and subsequently their husbands, governed girls’ bodies, behavior, sexuality, socio-economic health, and access to resources and opportunities. Some parents arranged marriages without consulting their daughters.

This is done despite Islam’s prohibition of forced marriages. But some young girls do not openly resist their families’ decisions – and silence is read as consent. At the same time, girls rationalized the fear or hesitation they had towards marriage because they had a “sense of self-sacrifice and duty” towards their parents and family. Some girls were inclined to the agreement because they believed it would help relieve financial burden on their parents, or “regain family honor.”

Marriages were used to control girls’ sexual behavior, and as a response to teenage dating, pregnancy, elopement, rape, and to save girls’ families from shame. Some girls were married off to dispel rumors about their sexuality – but were later still bullied by their peers.

“For example, girls who are sexual violence survivors were found to be forced to marry their perpetrators. In their stories, many girls expressed discontent regarding their marriages, but ultimately rationalized them as a fair punishment, or as a means to regain family honor,” the study read.

The study found that married and unmarried young women were not familiar with existing national laws or guidelines that discouraged the practice. This led them to believe child marriage was common and acceptable, even if it meant marrying a perpetrator of sexual violence.

Muslim families were also found to be interpreting Islamic beliefs differently when it came to the acceptance of child marriage.

“To note, Islamic law permits marriage by maturity rather than age…. Data showed contradictory community perceptions; among some community members child marriage was desired, while among others it was stigmatized,” the study read.

Data from the study confirmed the intrinsic link between poverty and education that leads to child marriage.

“Poverty alone does not cause child marriage, but rather a lack of resources to fulfill educational needs that is caused by a lack of income-generating options leads to school dropouts, because caregivers cannot afford to pay school fees and/or other educational materials,” the study read.

“Without an education, girls are left with few alternatives, except child marriage for financial security,” it added. 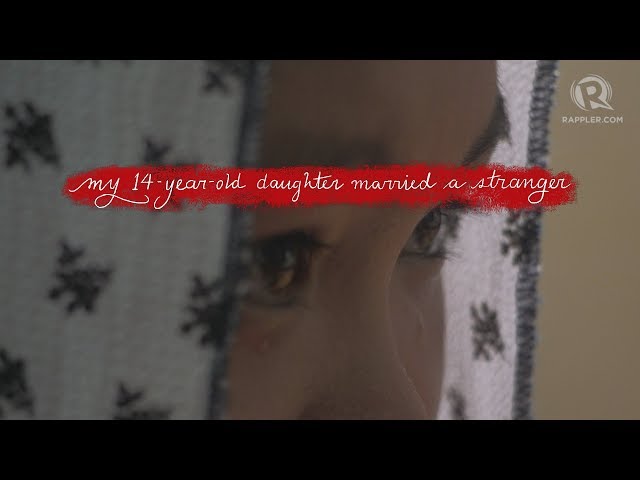 In some areas, child marriage was found to be commodified or done out of convenience amid displacement. In Lanao del Sur, marrying off one’s daughter was used as a form of compensation or appreciation for shelter from host families. Marriages were also done as a way to form a family that would receive its own packages from humanitarian assistance in Lanao del Sur and Maguindanao.

Some provinces in Lanao del Sur also used child marriages as a way to consolidate and expand political and resource power.

The study revealed that child marriages ultimately led to early pregnancies, cycles of poverty, dropouts from school, adverse effects on health and well-being, and stigma and social isolation of married girls.

The child marriage ban was a long-awaited victory for young women and girls forced into the practice. But the law may turn out as ineffective if it is not implemented.

The study recommended an urgent, coordinated, and multi-stakeholder community-led approach to address the drivers of child marriage. Government actors, such as the BARMM’s ministries of education, health, and social services and development, must address gaps in programs and services for married and pregnant adolescent girls.

The new law provides for one of the study’s recommendations, which is to compel these government actors, including youth councils (Sangguniang Kabataan), to ensure and promote greater access to education in areas where child marriage is common.

Humanitarian and development programs must also be designed in a way that young girls have greater access to safe spaces to learn, interact, and play with their peers. However, there is still limited evidence behind safe spaces leading to the mitigation of gender-based violence.

In areas with threats of conflict and violence, current peace-building programs by government, civil society organizations, and nongovernmental organizations would allow more space for health and social services.