2019 top science stories: Opportunity rover, poop on the moon, and finding a cure for HIV 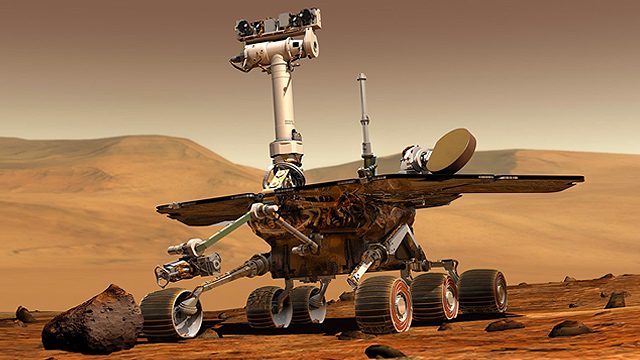 MANILA, Philippines – The Mind Museum is a non-stock, non-profit science museum of the Bonifacio Art Foundation Inc whose mission is to “initiate and bolster science engagement in elevating aspects of individual, community, and national life to inspire solutions to real-world problems.”

The Mind Movers form the core education team of The Mind Museum. They are dedicated to sharing how science can make our individual and collective lives better. Here are the stories that struck them this year and why. – Maria Isabel Garcia

When NASA launched Mars rover Opportunity in 2003, the plan was for a 90-day mission. To the delight of scientists and space enthusiasts such as myself, Opportunity kept on going for 15 years. During that time, Opportunity helped change our understanding of Mars and planetary science.

After months of trying to regain contact with the rover, NASA declared the completion of the mission earlier this year. As a goodbye, NASA sent the song “I’ll Be Seeing You” performed by Billie Holiday as a farewell to the rover that has given us as much inspiration as it has given us information. – Pecier Decierdo

A picture of entanglement 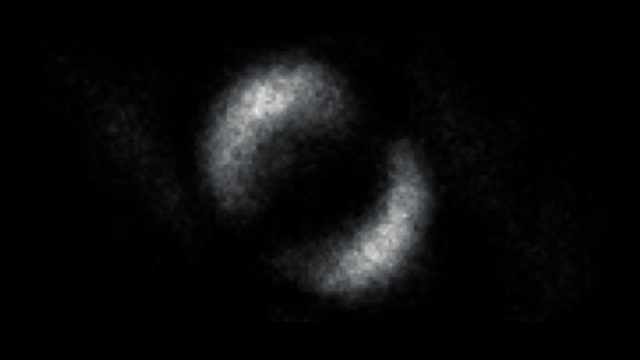 The phenomenon of quantum entanglement is so strange Albert Einstein famously described it as “spooky action at a distance.” In a groundbreaking study earlier this year, scientists took an actual photo of the phenomenon in action for the first time ever!

Quantum entanglement occurs when particles become so inextricably linked that you cannot describe one without referring to the other. This means that whatever happens to one particle affects the other, even when they are very far apart!

This mind-boggling phenomenon is at the heart of modern science. It is amazing that we can now literally picture it in action! – Pecier Decierdo

Is my salad screaming? Though peer reviews are still underway, this information has clear agricultural applications. But while we’re waiting for the day plants tell us what they really want – ala The Giving Tree – a study like this should at least teach us to be a bit kinder to all life. Plants respond to the world as much as we do – just not in the same way.

Besides, you’d scream too if you were tortured. – Frederic Yu, RCh

Man carries sperm with DNA from his bone marrow donor DNA evidence may be paramount in CSI, but it is still key to trace where it actually came from.

Forensic investigators from Nevada presented the case of a man whose sperm only contained DNA from his bone marrow donor. While donor DNA is commonly found in the recipient’s cheek, lip, and tongue cells, this is one of the first times where it may be passed on.

While a prior vasectomy prevents us from knowing for sure, his existence raises important questions, especially in rape case investigations. Can DNA evidence still be trusted? Yes, but only if you have receipts. – Aaron Espinosa You’re standing in front of a predator, or before a panel of judges, and your heart beats faster and your muscles prepare you to move.

Scientists have known for decades that this fight-or-flight response is tied to hormones – like adrenaline – released by our adrenal glands. But researchers say that osteocalcin, a protein coming from our skeletal system, also plays a role in how we respond to stress.

This means that our bones don’t just help us run from fear, but they also trigger other parts of our body to prepare for action. – Monique Maureal 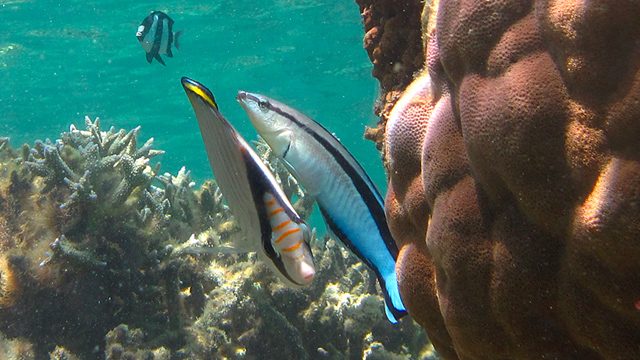 Humans take pride in being one of the smartest animals on Earth, and we frequently test other animals’ intelligence compared to ours.

One standard test of cognition is the mirror test, when an animal shows self-awareness by responding to a mark on its body that is only visible when looking at a mirror. Only a few animals, like chimps, dolphins, elephants, and magpies, have passed this test.

For the first time, researchers have found a fish, the cleaner wrasse, that passes the mirror test. Does this mean fish are a lot smarter than we think? Or is self-awareness not related to intelligence at all? – Monique Maureal

We left poop on the moon 50 years ago. We have to get it back. This year marks the 50th anniversary of the Apollo 11 moon landing. Astronauts stood where nobody else had, brought home moon rocks, and left 96 bags of human waste full of microbes that could still be alive today.

Now, scientists are talking of going back and getting samples to try and see if indeed microbes survived the harsh moon environment.

The possibility that a microbe from earth is alive inside a bag somewhere in the moon is an exciting idea that might give us a hint about the origin of life on Earth. Collecting samples could be a worthwhile undertaking in learning more about our own beginnings. – Mario Salazar

Finding a cure for HIV: From ‘Berlin’ to ‘London’ and ‘Düsseldorf’ In the hunt for a cure for HIV, breakthroughs from this year give hope for people living with a previously incurable condition.

Since the discovery of HIV, only one patient known as the “Berlin patient” was reported HIV-free in 2008. Eleven years later, doctors have reported on March 5 that a second patient, dubbed as the “London patient,” has shown no sign of a return of the infection. A few days later, the case of the “Düsseldorf patient” was announced.

The 3 patients received stem cell transplants from donors with a rare genetic mutation that causes resistance to HIV. This groundbreaking research shows that an HIV cure is possible

While it is still early to tell that we have found the cure, these developments cement the fact that HIV infection is not a death sentence. – Christer

Turn on your will to exercise? Not impossible. With the holiday season comes family, fun, and a massive feast. This is the time of the year when we ditch our gym membership or indoor cycling rides for more food, and your tita‘s first greeting is “Parang tumaba ka (You seemed to have gained weight)!” The dreaded New Year resolution comes after the festivities, and working out is a chore.

Don’t fret, because a new study in mice shows that certain genes responsible for physical activity can be turned on or off. What can this mean for humans? A therapy or drug to possibly force you to enjoy your next yoga session or boxing class. What a win! – Artha Ting Given the choice, would you eat shrimp eggs or plastic beads? I would go for the former, but the northern star coral has the latter in mind.

Researchers from the Boston University have shown that polyps of the coral greatly prefer microplastics to actual food. What’s worse is that they choose the beads even when offered with more shrimp eggs! This raises a lot of concerns since these particles are known to carry harmful bacteria and keep them feeling full without getting the necessary nutrients.

If this continues, we will be full of harmful microplastics, too. Oh wait – we already are. – Aaron Espinosa

What are your own top science stories for 2019? – Rappler.com