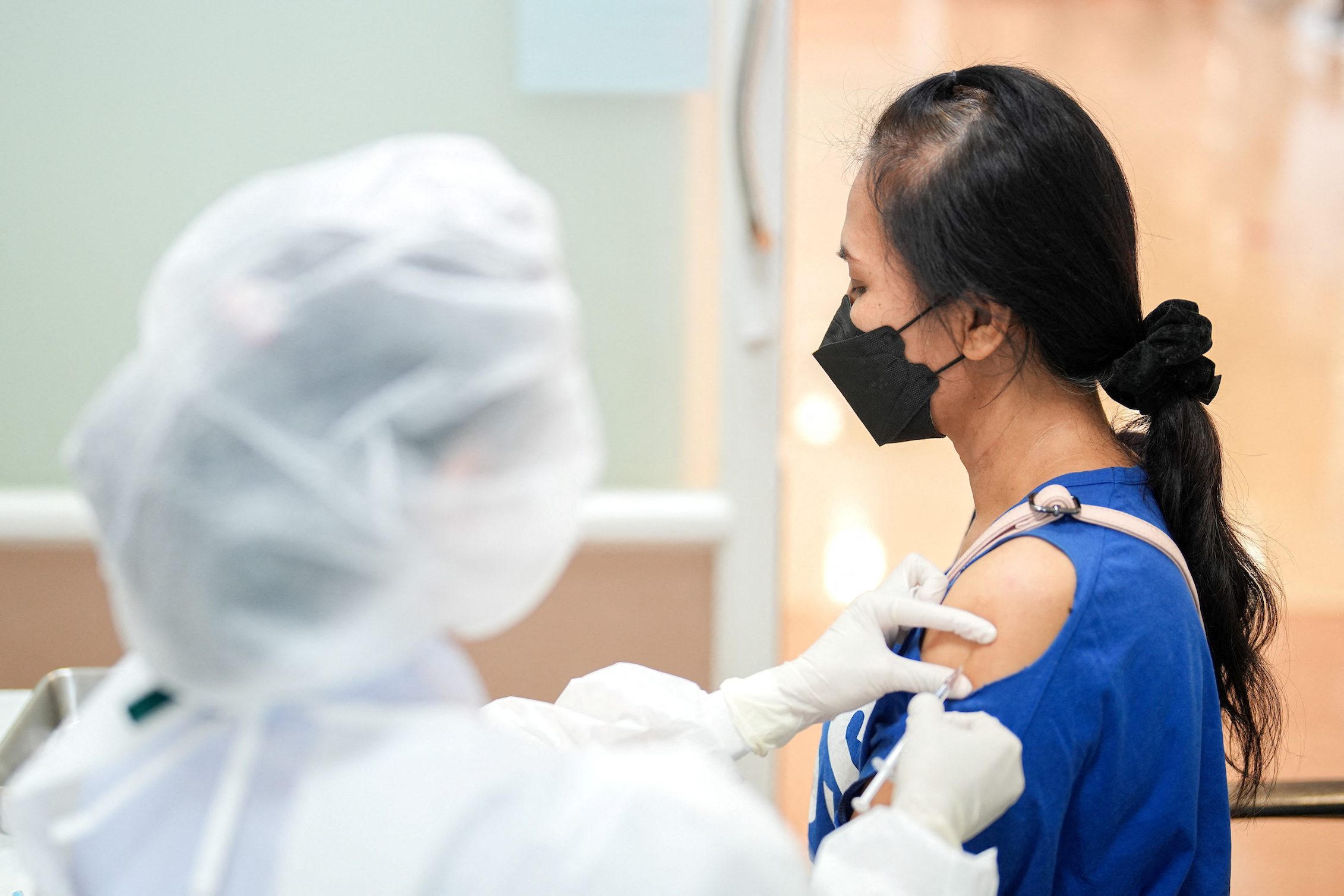 A woman receives a booster dose of Pfizer-BioNTech vaccine against the coronavirus disease (COVID-19), ahead of brace of an influx of Chinese tourists as COVID restriction are dismantled, at the Police hospital in Bangkok, Thailand, January 5, 2023.

GENEVA, Switzerland – The Omicron subvariant, XBB.1.5, is causing concern among scientists after its rapid spread in the United States in December.

Here is what we know so far:

What is the XBB.1.5 subvariant and how does it behave?

The World Health Organization’s senior epidemiologist Maria Van Kerkhove said XBB.1.5 is the most transmissible Omicron sub-variant that has been detected so far. It spreads rapidly because of the mutations it contains, allowing it to adhere to cells and replicate easily.

“Our concern is how transmissible it is,” Van Kerkhove said in a news briefing on Wednesday, January 4, XBB and XBB.1.5 were estimated to account for 44.1% of COVID-19 cases in the United States in the week of December 31, up from 25.9% in the previous week, according to data from the US Centers for Disease Control and Prevention. It has also been detected in 28 other countries worldwide, the WHO said.

XBB.1.5 is yet another descendant of Omicron, the most contagious variant of the virus causing COVID-19 that is now globally dominant. It is an offshoot of XBB, first detected in October, which is itself a recombinant of two other Omicron sub-variants.

The WHO said it does not have any data on severity yet, or a clinical picture on its impact. It said that it saw no indication that its severity had changed but that increased transmissibility is always a concern.

“We do expect further waves of infection around the world, but that doesn’t have to translate into further waves of death because our countermeasures continue to work,” said Van Kerkhove, referring to vaccines and treatments.

She said the WHO was unable to currently attribute the increase in hospitalizations in the northeastern United States to the variant, given that many other respiratory viruses were also in circulation.

Virologists agree that the emergence of the new subvariant does not mean there is a new crisis in the pandemic. New variants are to be expected as the virus continues to spread.

XBB.1.5 is likely to spread globally, but it remains unclear if it will cause its own wave of infections around the world. Current vaccines continue to protect against severe symptoms, hospitalization and death, the experts say.

“There is no reason to think that XBB.1.5 is of any more concern than other variants that come and go in the ever-changing landscape of COVID-19 mutants,” said Professor Andrew Pollard, director of the Oxford Vaccine Group.

What is the WHO doing about it?

The WHO’s Technical Advisory Group on Virus Evolution is doing a risk assessment on the subvariant. Van Kerkhove said on Wednesday it hoped to publish that in the next few days.

Professor Tulio de Oliveira, a South African scientist who sits on the committee, said the situation was “complex,” particularly given the global context of the surge of cases in China after it dropped its zero-COVID policy in December.

The WHO said it was closely monitoring any possible changes in the severity of the subvariant with the help of laboratory studies and real world data. – Rappler.com