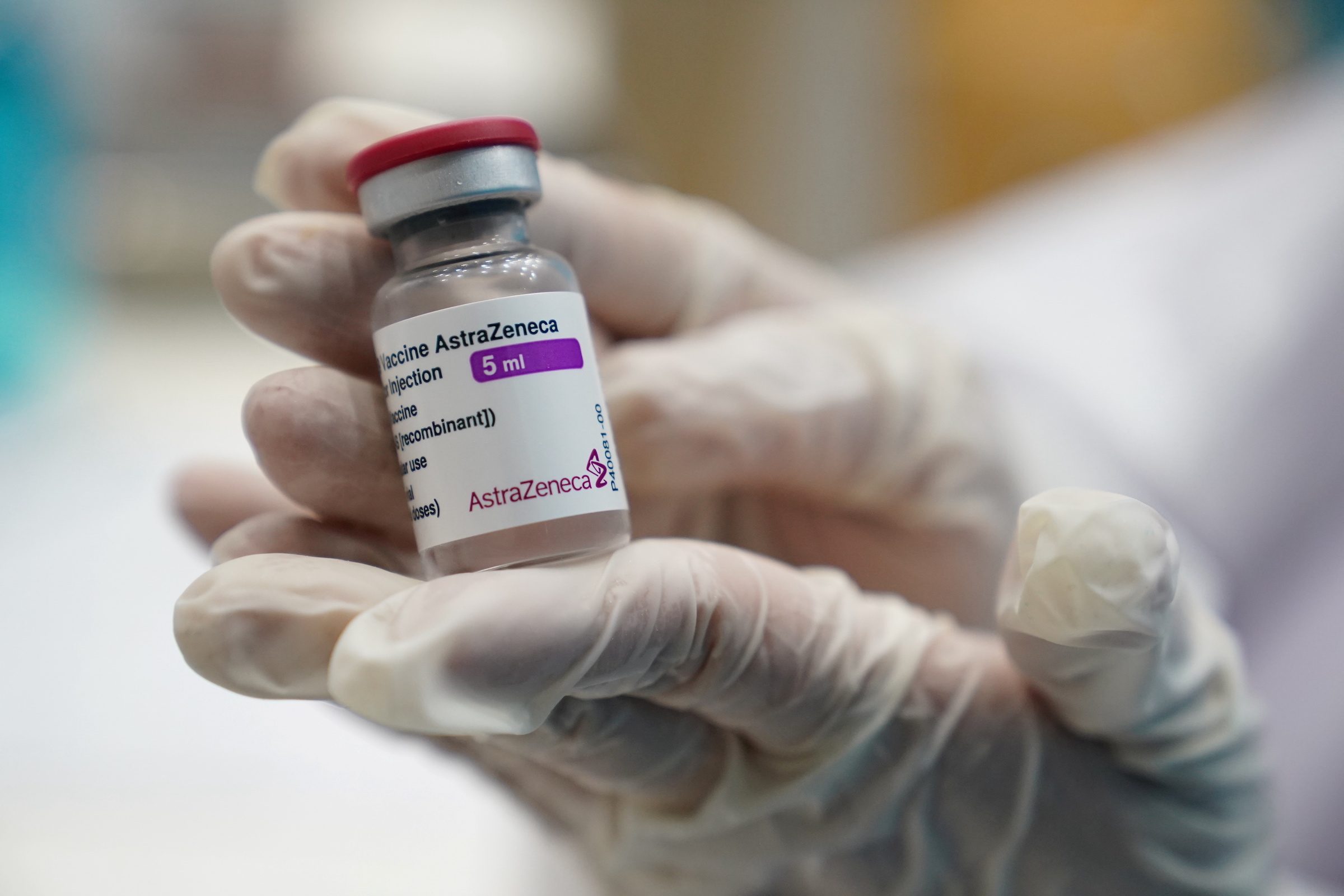 A health worker shows a vial of the AstraZeneca COVID-19 vaccine against the coronavirus disease (COVID-19) as Thailand start a mass inoculation at a gymnasium inside the Thammasat University in Pathum Thani, Thailand June 7, 2021.

Facebook Twitter Copy URL
Copied
Studies had previously shown that the shot, invented at Oxford University and licensed to AstraZeneca has higher efficacy when the second dose is delayed to 12 weeks instead of 4 weeks

A third shot of the Oxford-AstraZeneca COVID-19 vaccine produces a strong immune response, researchers said on Monday, June 28, adding there was not yet evidence that such shots were needed, especially given shortages in some countries.

The Oxford University study found that a third dose of the vaccine increases antibody and T-cell immune responses, while the second dose can be delayed up to 45 weeks and also lead to an enhanced immune response.

The British government has said it is looking at plans for an autumn vaccine booster campaign, with three-fifths of adults already having received both doses of a COVID vaccine.

Andrew Pollard, director of the Oxford Vaccine Group, said that evidence that the vaccine protects against current variants for a sustained period of time meant that such a booster may not be needed.

“We do have to be in a position where we could boost if it turned out that was necessary … (but) we don’t have any evidence that that is required,” he told reporters.

“At this point with a high level of protection in the UK population and no evidence of that being lost, to give third doses now in the UK whilst other countries have zero doses is not acceptable.”

Studies had previously shown that the shot, invented at Oxford University and licensed to AstraZeneca has higher efficacy when the second dose is delayed to 12 weeks instead of 4 weeks.

Monday’s research was released in a preprint, and looked at 30 participants who received a late second dose and 90 who received a third dose, all of whom were under 55.

It helps assuage concerns that viral vector COVID vaccines, such as those made by AstraZeneca and Johnson & Johnson, may lose their potency if annual inoculations are needed due to the risk that the body produces an immune response against the vectors that deliver the vaccine’s genetic information.

“There had been some concerns that we would not be able to use this vaccine in a booster vaccination regime, and that’s certainly not what the data is suggesting,” study author Teresa Lambe of Oxford’s Jenner Institute told Reuters. – Rappler.com