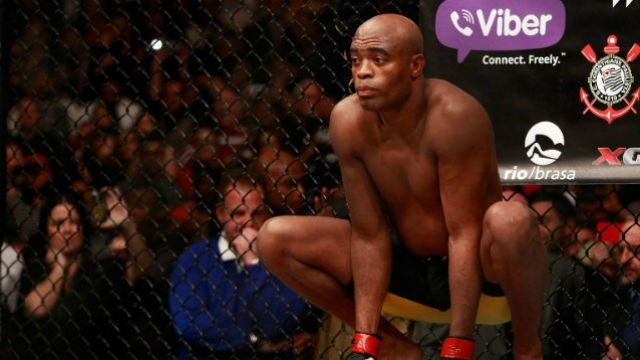 MANILA, Philippines – The Nevada State Athletic Commission (NSAC) voted unanimously on Friday, August 14 (August 13 in US), to suspend for 12 months former UFC middleweight champion Anderson Silva for multiple banned substances found in his system before and after a lopsided win over Nick Diaz this past January.

In addition, Silva’s unanimous decision victory over Diaz was overturned to a no contest.

The suspension is retroactive to the date of Silva’s January 31 bout versus Diaz, which means he can compete again in February 2016.

Per the terms of his suspension, Silva will need to provide a clean drug test prior to relicensing.

Silva maintained his innocence throughout the disciplinary hearing, stating the failed drug tests were a result of a contaminated sexual-performance enhancing drug that he received in an unmarked vial from a friend who lives in Thailand.

“I didn’t want anyone to know I was taking sex enhancers. I had no idea the steroid was in there. I was taking it for the purpose of sexual enhancement,” he said through a translator.

Silva tested positive in his post-fight drug check for drostanolone metabolites, an anabolic steroid that has been mainly employed for bodybuilding.

Drostanolone is the same drug that was initially discovered in the system of the 39-year-old Silva during his out-of-competition screening on January 9.

Aside from drostanolone, anti-anxiety medicines oxazepam and temazepam were also present in his body.

Oxazepam has been used extensively since the 1960s for the treatment of anxiety, while temazepam is labeled as an anti-insomnia medication.

Drostanolone is debarred by the World Anti-Doping Agency code, which is followed by the commission.

However, oxazepam and temazepam are not forbidden by NSAC, but Silva failed to disclose them on his pre-fight medical questionnaire.

“I am human and made mistakes. It definitely was a mistake. If I had known this supplement that I was taking for something else would have caused this sort of problem, I never would have taken it,” Silva stated.

The ex-middleweight titleholder did not deny the use of oxazepam or temazepam, and Silva’s manager Ed Soares argued that the 40-year-old fighter took those medications as he was dealing with anxiety attacks before his comeback match against Diaz.

Silva had been sidelined for 13 months after fracturing the tibia and fibula bones in his left leg during a technical knockout loss to current middleweight kingpin Chris Weidman in a December 2013 rematch.

“I feel there’s some intention to here to use the product to come back from a devastating injury. There’s definitely knowledge of what’s going on here, and we’re just playing games. And that’s my frustration at all this soft testimony,” NSAC commissioner Anthony Marnell stressed.

The consequences could have been much worse for Silva as the NSAC’s stricter policy for failed drug tests does not take effect until next month.

At that point, a first-time offender for anabolic steroids will face a three-year suspension.

“I’m not taking anything away from Mr. Silva’s excellent career, but this is the first time he’s been subject to enhanced testing. It’s hard to put a lot of credibility into his prior test results, not his career, his test results. I feel there is some intention here to use a product to come from a devastating injury. Not saying that’s it, but I have that feeling in my stomach,” Marnell expressed. – Rappler.com