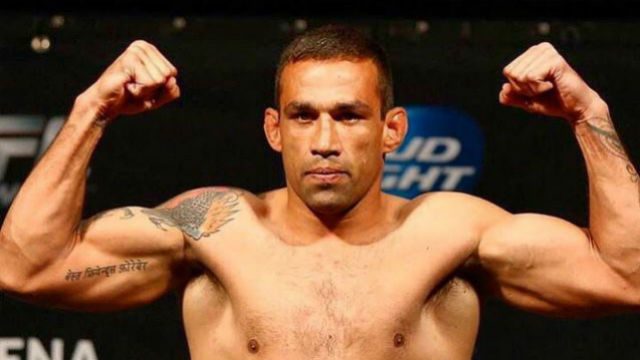 Facebook Twitter Copy URL
Copied
According to Werdum's camp, the 38-year-old Brazilian is ready to return to action as soon as December or January 2016

MANILA, Philippines – UFC heavyweight champion Fabricio Werdum does not want to wait until March 2016 to settle the score with ex-division titleholder Cain Velasquez in a rematch.

According to Werdum’s camp during the broadcast of the weekly “UFC Tonight” newsmagazine show on Thursday, September 10 (PH Time), the 38-year-old Brazilian is ready to return to action as soon as December or January 2016.

In addition, Werdum’s management pointed out that “Vai Cavalo” is currently healthy and awaiting direction from the world’s premier mixed martial arts promotion.

Two months after capturing the gold-plated strap, the organization announced that Werdum will make his first title defense versus Velasquez, but the date and location have yet to be announced.

Aside from winning the world title, the 38-year-old Brazilian is also riding high on a six-fight winning streak, including notable triumphs over Roy Nelson, Antonio Rodrigo Nogueira, Travis Browne and Mark Hunt.

In the other corner, Velasquez (13-2) bagged the heavyweight belt for the second time against Junior dos Santos in December 2012 via unanimous decision and successfully defended it twice before losing the title to Werdum.

Injuries have limited Velasquez’s activity in recent years as the showdown with Werdum was the 33-year-old Mexican-American’s first Octagon appearance since October 2013 when he scored a fifth-round stoppage of Dos Santos in a rubber match. – Rappler.com