With sweep in sight, aching Mighty Sports looks to recharge 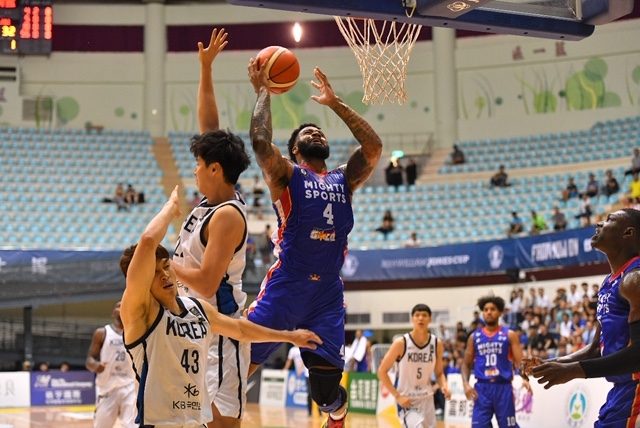 Facebook Twitter Copy URL
Copied
After playing for 5 straight days, Mighty Sports-Philippines hopes to make the most out of its two-day break

MANILA, Philippines – Mighty Sports-Go For Gold Philippines hopes to use its two-day break starting Wednesday, July 17, to recuperate before pressing its bid for a second title in 4 years in the Jones Cup in Changhua, Taiwan.

The country’s representative to the annual cagefest played 5 straight days since arriving on Thursday in the Taiwanese capital city and coach Charles Tiu said his players need to soothe their aching bodies and relax a bit, especially McKenzie Moore and Zach Graham.

The two played in pain with various injuries in the team’s crucial 89-82 win over World Cup-bound South Korea in the battle of frontrunners last Tuesday.

The scary win put Mighty Sports in a strong position to regain the title it won via an eight-game sweep 3 years ago.

The team also backed by HealthCube could emerge as virtual champion on Saturday if it beats Taiwan-A, which is toting a 3-1 card – the same record of Japan.

Against Taiwan-A, Mighty Sports should start strong to ensure a trouble-free win.

“That’s the other important match for us so we can’t celebrate yet this time,” said Tiu. “We have to come out fresh and play our usual game. There will be no let up.”

Mighty Sports returns to action on Friday against Indonesia before capping its campaign with a showdown with Taiwan B. Both the Indonesians and Taiwanese (Team B) are carrying similar 1-3 records.

“We’re so impressed with the coaching and team chemistry, much so the leadership of Renaldo Balkman,” said Mighty Sports owner Alex Wongchuking. “With coach Charles and Renaldo at the helm, the team is playing well.” – Rappler.com