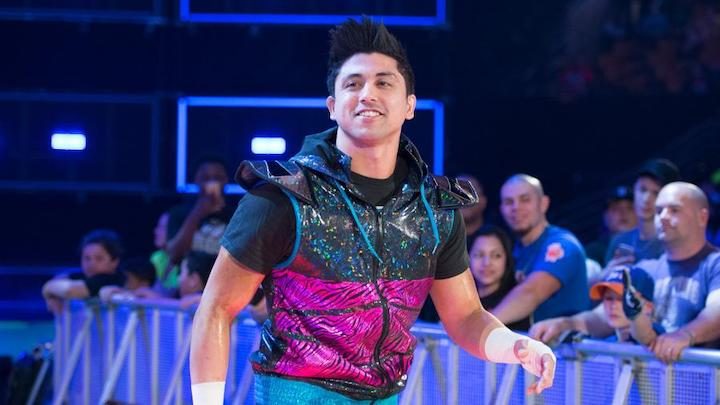 Facebook Twitter Copy URL
Copied
Ahead of his 'PWR Special: Homecoming' main event match, TJP shares his advice to fellow Filipino wrestlers: 'Be authentic, be yourself, be patient'

MANILA, Philippines – The Filipino-American high-flyer has landed back home.

Former World Wrestling Entertainment (WWE) wrestler TJP – full name TJ Perkins – will be in action in the Philippines for the first time at the Philippine Wrestling Revolution’s next show “PWR Special: Homecoming” on Saturday, October 12.

TJP has come a long way, from shining bright in the independent circuit and in TNA Wrestling (now Impact Wrestling) to conquering new heights in the WWE. (READ: Fil-Am pro wrestler TJ Perkins on Filipino pride, chasing your dreams)

On Saturday, TJP will take on PWR’s very own “Mr Philippine Wrestling” Jake de Leon, who has said he will take the fight to the visiting Fil-Am superstar.

Ahead of this main event match, TJP responded to Rappler’s questions about his homecoming and wrestling debut on Philippine soil, his post-WWE career, and his advice to fellow Filipino wrestlers.

How’s your homecoming so far? (His mother hails from Manila.)

The weather has been really nice! I usually prefer dry climate but the gloomy weather has made it nice out here. Schedule has been very busy so far, many meetings and appearances, but it’s been nice.

Tell us about your Filipino roots, and how it helped in your wrestling career.

It has always given me a sense of direction and an identity. When I started, Philippine wrestling did not have an identity, so it became a goal for me to represent the heritage and build some pathways for future Filipinos to do the same and find success through our identity in the ring.

You are the inaugural WWE Cruiserweight Champion when it relaunched in 2016, and after you won the Cruiserweight Classic. How does it feel that the WWE put a lot of faith in you?

It was pretty big considering the amount of talent we had in that tournament. More than anything I think it validated my versatility and skills as a leader.

To be able to get the best out of everyone was something they recognized in me and something I’ve always taken pride in.

The goal is really to just be happy. I had wanted to go back to Mexico and Japan for a while. Especially [to] do more work with NJPW. And I’ve had the chance to do a little bit of everything, so I hope I can just keep this freedom for a little bit longer.

Who would you like to face in the near future?

If I could pick anyone, it would be Rey Mysterio. But honestly, I don’t have a bucket list anymore. Anytime people ask me what my dream match would be, I simply say “the next one.”

When you were in WWE, who would you have liked to face then (and still haven’t faced yet)?

Maybe AJ Styles. There’s not many left that I haven’t faced that I’ve been around awhile. AJ is one guy that we have shared a locker room for a long time in different places but never had a match.

What advice can you give to Filipino wrestlers to break out and excel in the big leagues, like WWE, NJPW, and Impact Wrestling?

Be authentic and be yourself. It’s so much easier when you stay true to yourself. It’s easier to command your art that way because you don’t have to try and be in touch with something you’re not.

And also to be patient. You have so much more time than you think, and big things can happen fast. So take your time.

At “PWR Special: Homecoming,” you will be facing Jake de Leon, one of PWR’s pioneers and arguably the best Pinoy wrestler in town. He said in a Rappler interview that he has the home field advantage. What’s your game plan against him?

I hope he does have the home field advantage because I tend to be at my best in a hostile environment. It’s like the Kobe Bryant Mamba Mentality. I have a new gear that I access when it’s a split crowd, and that’s something JDL will learn.

My game plan is always to never have a game plan. I take what I’m given and go from there. My best ability…is adaptability.