THROWBACK. Carlos Yulo takes his act from the local to the world stage.

Facebook Twitter Copy URL
Copied
Before making history as the first Filipino world gymnastics champion, a young Carlos Yulo only dreams of winning a gold in the SEA Games 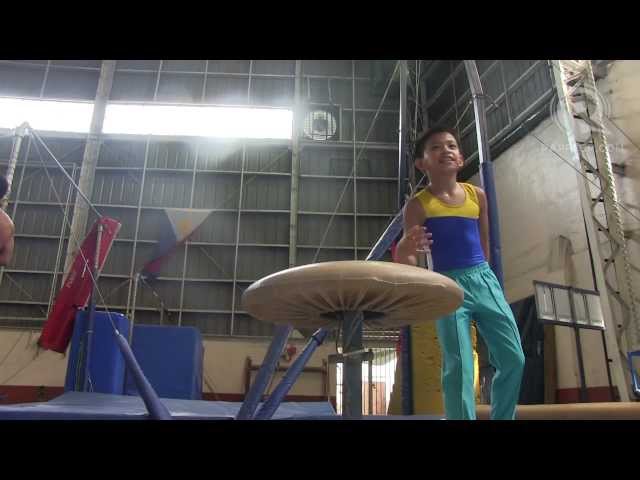 Back when he was 12 years old, the gymnastics prodigy was still training at the Rizal Memorial Sports Complex with the National Capital Region (NCR) team.

When Rappler covered him in 2012, he was the Palarong Pambansa individual all-around defending champion. (READ: NCR gymnastics bets, prepping for Palaro)

Yulo, who started training at the age of 7, was then focused on clinching another Palarong Pambansa gold. A student of Doña Aurora Quezon Elementary School, the bubbly kid only dreamt of winning the Southeast Asian gold.

Seven years later, Yulo not only dominated the local scene but also conquered the world stage as Yulo qualified for the 2020 Tokyo Olympics, reached the top 10 of the men’s individuall all-around final and became the first Filipino world champion by ruling the men’s floor exercise. (READ: FAST FACTS: Who is gymnast Carlos Yulo?)